Interview Roundup: John Bradley, Jonathan Pryce, and many more! | Watchers on the Wall | A Game of Thrones Community for Breaking News, Casting, and Commentary 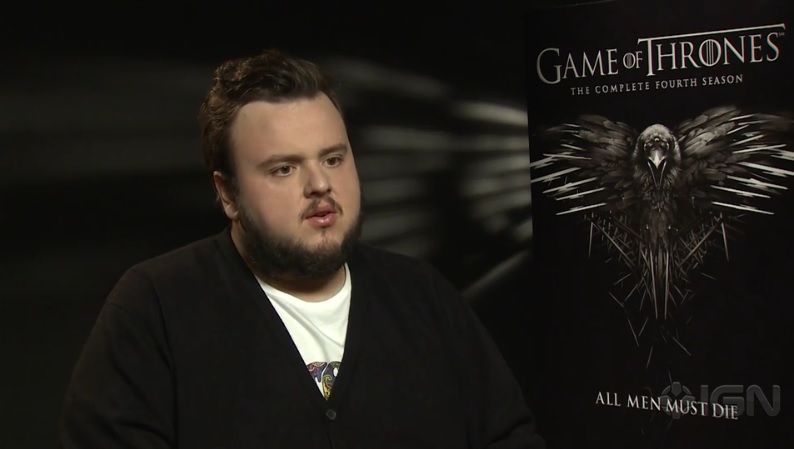 The promotional season for Game of Thrones is in full swing, and new interviews are being conducted regularly. We’ve rounded up the latest notable ones for you.

First up is John Bradley. In an interview with IGN, John teased at some of Sam’s developments in the upcoming season. He says that up until now, Sam had found solace in the Night’s Watch, away from the militaristic tendencies of his father, Lord Randyll. He had achieved a sense of place and protection from the outside world. With Stannis now in the mix, that old reality catches up fast with Sam, and he will be “knocked down a few pegs”.

Jonathan Pryce, Richard Madden, Nathalie Emmanuel and Nina Gold all have their say on Season 5 below the cut!

New cast member Jonathan Pryce sat down with The Age to talk about how the High Sparrow will impact proceedings in King’s Landing. The publication reports that one of the main reasons Pryce took on the role was because of how influential the character is plot-wise. While initially being quite sceptical about “sword and sorcery” shows, Pryce has had a change of heart after his experiences on the Thrones sets. He also mentioned that a certain (male) actor hadn’t read the Season 5 scripts, and was unhappy upon discovering his character’s death.

Robb Stark may be dead and gone, but Richard Madden is still talking enthusiastically about Game of Thrones. Speaking with Zap2it, the Scotsman claimed that he knows “of a death that’s going to happen in Season 5 that [we’re] not gong to see coming.” Also according to him, Kit Harington goes out of his way to spoil future plot points of the show for his friend “all the fucking time”, continuing the habit he began during filming of Season 4. 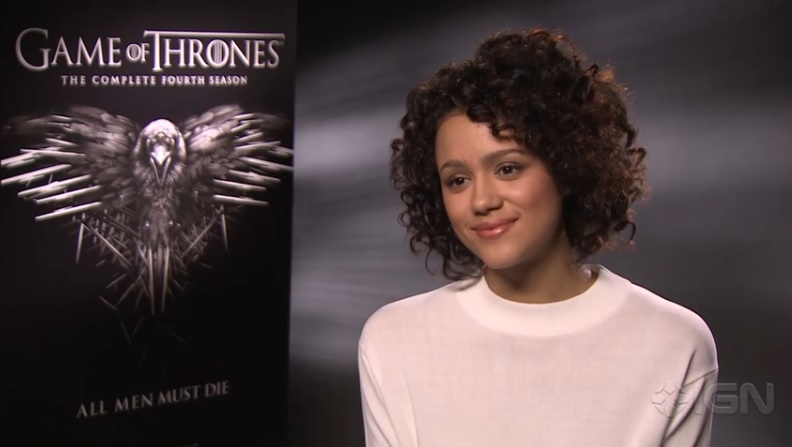 Moving across the Narrow Sea, Nathalie Emmanuel was also interviewed by IGN. Speaking of the prospect of sex between Missandei and Grey Worm, she said that their growing relationship in a way mirrors the arduous transition “from slave to person”, and that such intimacy is something that “neither of them are going to do easily”. On intimacy itself, she says that both character are the only ones who understand what the other has gone through, and that their human intimacy shines through in the form of acceptance and respect.

Gold had been previously familiar with Henwick from the Star Wars: The Force Awakens auditions, saying that “[they] knew she’d be a good fit [as Nymeria Sand].”

On Toby Sebastian (Trystane Martell), she said “We knew Toby more because he’d done a lot of music things in the past, but he has a really romantic feel that just worked.”

Finally, she had the following to say about Myrcella Baratheon’s new actress: “Nell is really brilliant… We’d seen her in [indie film] Broken and she had a great natural style. She’s a very talented young actress who’s going to go far.”

Nina also mentioned that Jonathan Pryce was someone she had always wanted to cast, and sings her praises of Jerome Flynn and Rory McCann. To conclude, she humbly talks about the difficulty of casting younger talent: “We get a pretty good brief and then it’s largely about instinct. Young actors are a risk because there’s so much growing up and developing to do, and the men are generally harder because those parts are so unlike 21st-century men. The trickiest was probably Oberyn Martell. We try not to get wound up by negative feedback and Pedro Pascal was really successful in the end, but he was the hardest to cast.”

Cian: A lot of nice tidbits here. What do we think about the character death Pryce mentioned? It’s always great to hear from Nina Gold, whose contribution to the show has been nothing short of amazing.