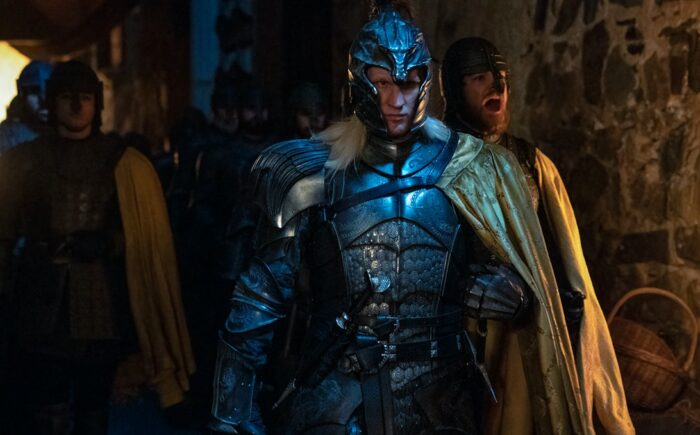 Interviews with the cast and showrunners of House of the Dragon have have been flooding in the past few days, building hype for the upcoming Game of Thrones prequel, and dropping hints as to what we can expect from the show.

Empire Magazine‘s upcoming issue, which releases tomorrow (last minute pre-orders are available here), will include a feature on House of the Dragon. Empire has released interview snippets that address a range of topics about the show.

Emma D’Arcy addressed potential fan concerns (re: mine) that House of the Dragon will try to hard too hard to emulate Game of Thrones, by assuring us that, “Fundamentally, House Of The Dragon is a different animal. I think we’d be really naive if we tried to mimic or emulate Game Of Thrones. I think the thing that’s distinct, and something I love about this season, is that it’s really rooted in the home. It’s domestic, it’s psychological, it’s interpersonal, it’s familial.”

Olivia Cooke concurred, saying, “It feels more intensely focused on one extended family, rather than many other families. It’s much more nuclear than the other TV show, but still incredibly thrilling and intense and all the things we were excited about when we watched Game Of Thrones.”

The different time period will also set the show apart. “It’s a time of greater decadence and influence,” showrunner Ryan Condal said. “That’s why the Iron Throne is dressed up so much grander. This particular story sees the Targaryens at the very apex of their wealth and power. I think that’s a fascinating story to tell.” 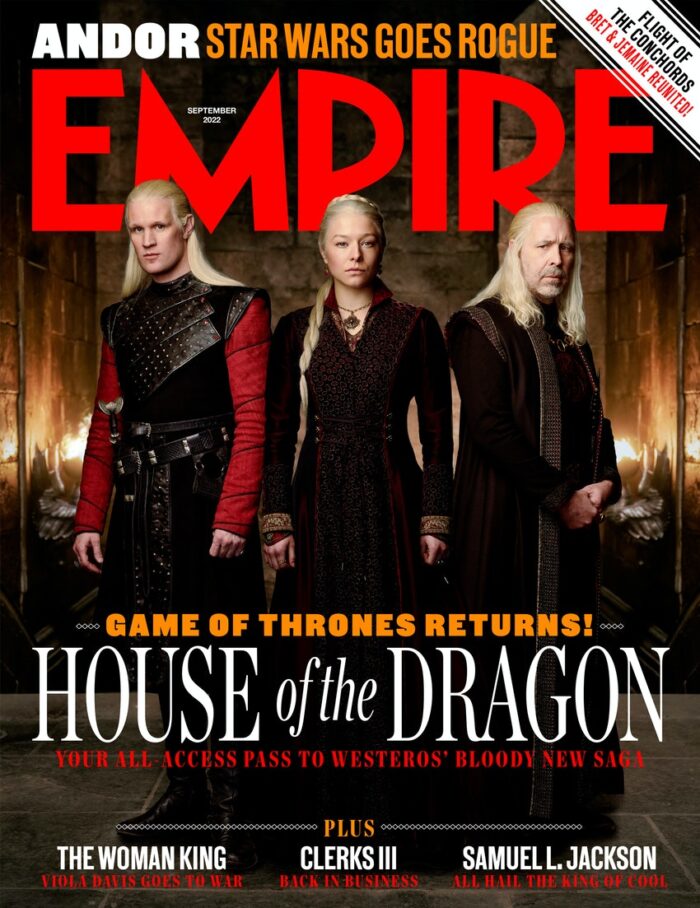 Speaking of Targaryens at the apex of power, House of the Dragon is going to feature a lot dragons, and it was important to the creative team that each dragon look distinct  … though coming up with truly original designs proved harder than expected.

“The first thing you want is not to do Drogon,” showrunner Miguel Sapochnik said. “So I came up with a whole theory about how there were three different kinds of dragons, based on their different skulls. We came up with all kinds of stuff. But in the end, we ended up back at Drogon. There’s something about Drogon. It’s like the Millennium Falcon. It hit something.”

That said, the seventeen dragons we’re going to meet in season 1 aren’t carbon copies of each other. “Each new dragon has its own personality,” Sapochnik said. “That’s what’s going on now in our last part of the animation – we’re applying personal character traits to each of the dragons. One of them’s got a [bad] leg. Another one’s much more like an eagle, because she’s kind of neurotic. And another one’s like a curmudgeonly old granny.”

Matt Smith discussed the emotional bond between dragons and their riders. “There’s a very symbiotic connection between the dragon rider and the dragon,” he said, which supports Ryan Condal’s observation at San Diego Comic Con that Daemon and Caraxes share a lot of personality traits. “You’ve got to master it from an early age, and it’s a death-defying experience trying to tame it. For want of a better analogy, it’s a bit like Avatar.”

Though I don’t anticipate very many scenes of Targarens smiling and laughing while riding their dragons, Emma D’Arcy said that the process of filming flying sequences is really a lot of fun.

“We had an animatronic buck, which is controlled by a device that the director can use to plan each flight path. Honestly, having done my first day on the buck, my takeaway was that every member of production ought to have the right to have a go. They should allot time slots. The most acting I had to do was wipe the grin off my face, because I can’t overstress how thrilling it is.”

Though it was always a given that gender, as it relates to succession, would be a major topic in a show about the Targaryen Civil War, Sapochnik credits his wife, Alexis Raben (who is also a development executive at his production company) for suggesting that House of the Dragon build the story around the realities of sexism and patriarchy in Westeros.

“One day, she said, ‘This would be much more interesting if it was about the two main female characters, rather than the male characters. If you really focused in on the patriarchy’s perception of women, and the fact that they’d rather destroy themselves than see a woman on the throne.’ That wasn’t a perspective I have ever told before.” Sapochnik admitted. “I think it made this show feel more contemporary too. We said, ‘What if Alicent is like “Women for Trump,” and Rhaenyra’s like punk rock?’”

Emma D’Arcy also spoke of the similarities and differences between Rhaenyra and Alicent. “They grow up in the same backyard, which happens to be the royal court,” they said. “But Alicent is better at conforming to the requirements of court manoeuvres, and Rhaenyra is humming with the fire of old Targaryenism. It’s like an ally that lives inside her, and she has to learn when to dampen that fire and when to trust it. She’s surrounded by a trail of ashes.” 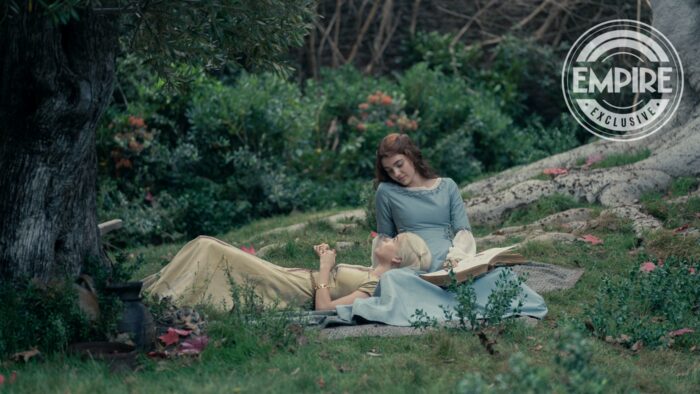 Speaking of ashes, Ryan Condal hinted that the ideological factors behind Daenerys’ decision to destroy King’s Landing in the divisive season 8 episode “The Bells” will be thematically present in House of the Dragon.

“Daenerys resurrected this idea that, when you’re the only person in the world with nuclear weapons, you can either be a force for peace, or you can be a tyrant,” he said. “The line between those two things is very thin. That’s definitely something this show will explore.”

That said, the divided fan reaction to the ending of Game of Thrones isn’t something that the House of the Dragon team let dictate their creative decisions.

“It doesn’t really factor in at all,” Condal said. “I think the minute you as a creator start playing defense, you’re just taking the ground from beneath your feet. Should we be so lucky to have such a large and passionate fanbase that will debate our show! I think that in itself is a sign of success.”

We can look forward to some strong personalities on House of the Dragon … and some toxic ones too. Matt Smith said of his character, “Daemon is there to cause chaos and piss people off because, simply, it entertains him.”

A major rivalry in season 1 will be between Daemon and Otto who “loathe each other,” according to Smith. “They’re winding each other up, needling one another. And in the middle of it is Paddy, who plays Viserys. They’re both vying for his attention and his love.”

Rhys Ifans describes his character, Otto Hightower as “a high-flying political creature, a black belt in statecraft, a pragmatist and a manipulator” who is “the king’s kryptonite,” though he doesn’t think Daemon’s impact on Viserys is much better. “[Daemon is] volatile, violent and impulsive. Any influence he has on the king is detrimental to the status quo.”

Shifting away from Empire Magazine, House of the Dragon‘s executive producer, Sara Hess, spoke to Vanity Fair about how the show will handle the topic of sexual assault. This was largely in response to a Hollywood Reporter article published a few weeks ago which stated that “violence against women is still very much part of the world” and caused concerns among fans.

“I’d like to clarify that we do not depict sexual violence in the show,” Hess said. “We handle one instance off-screen, and instead show the aftermath and impact on the victim and the mother of the perpetrator. I think what our show does, and what I’m proud of, is that we choose to focus on the violence against women that is inherent in a patriarchal system.

“There are many ‘historical’ or history-based shows that romanticize powerful men in sexual/marriage relationships with women who were actually not of an age to consent, even if they were ‘willing.’ We put that onscreen, and we don’t shy away from the fact that our female leads in the first half of the show are coerced and manipulated into doing the will of adult men. This is done not necessarily by those we would define as rapists or abusers, but often by generally well-meaning men who are unable to see that what they are doing is traumatic and oppressive, because the system that they all live in normalizes it. It’s less obvious than rape but just as insidious, though in a different way.

“In general, depicting sexual violence is tricky,” Hess concluded, “and I think the ways we think about it as writers and creators are unique to our particular stories.” 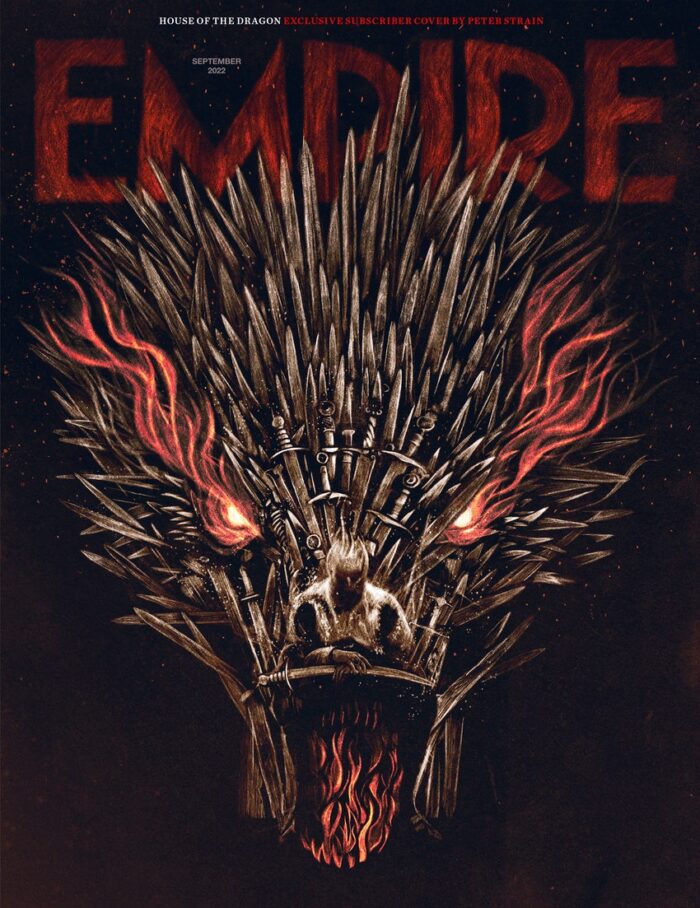 On a lighter note, according to Hollywood Reporter Emma D’Arcy and Olivia Cooke contacted Game of Thrones alumni Emilia Clarke and Maisie Williams, respectively, for advice on starring in the next big Westeros show.

“Emma gleaned a lot of knowledge from that, and Emilia from what Emma said was really generous,” Cooke said. “And me and Maisie had a few texts — I worked with Maisie when I was 18 and she was like 15, so I’ve known her for a long time.”

Cooke went on to talk about how immersive the elaborate costumes, wigs and sets are.

“You’re in this costume and you have hair down to here and you’re walking onto the Red Keep, the castle that they’ve built three stories of,” she said. “And it’s almost like they don’t really know how to make TV or film — they’ve just built the whole thing as one castle. It’s like no, no, you can have separate rooms! [But with the sets] you can do just one big long tracking shot all the way through the castle, it’s amazing.”

Matt Smith seemed to find the transformative costumes and makeup slightly overwhelming, telling THR that his first reaction upon seeing himself in costume was, “Bloody hell, how am I going to act through that?”

“I was like, ‘How can I act through this blonde wig?’ because all you can see is the blonde wig when you first put it on … but it’s like anything, you get used to it and learn to ignore it. It was cool in the end, I’ve got three sorts of distinct haircuts in this, which is lucky because everyone else has just one thing all the time.”

Those select devices include: