Internet-Breaking White Walker Scene and "Incredible" VFX Gag in Season 6 ... Probably | Watchers on the Wall | A Game of Thrones Community for Breaking News, Casting, and Commentary 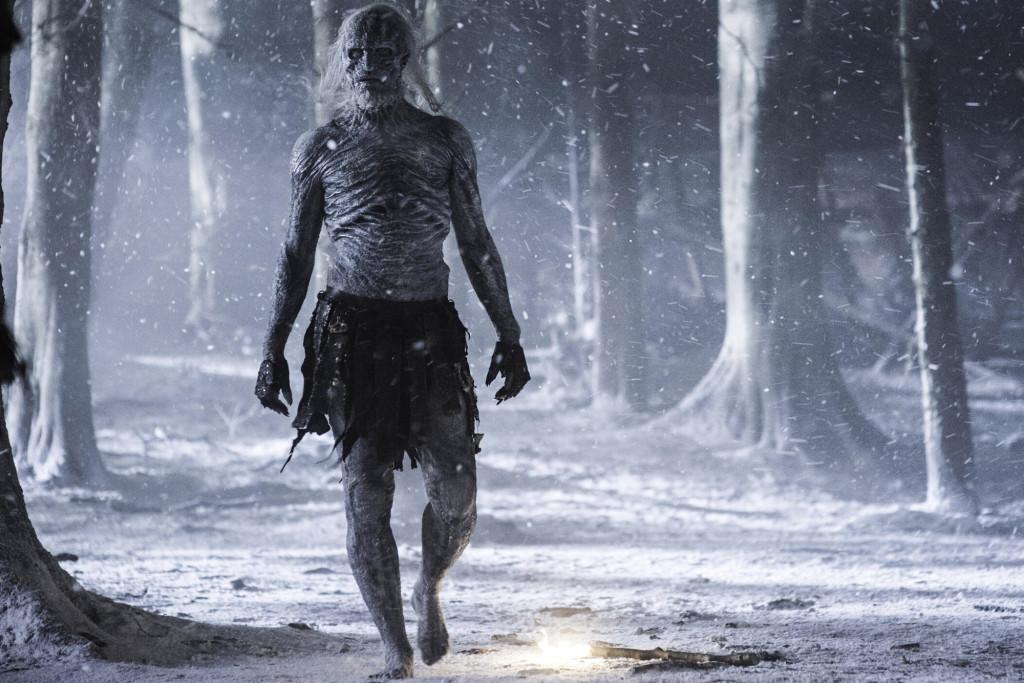 Though nothing has been confirmed, there’s good reason to expect a White Walker sequence in season 6 that’s big enough to “break the internet.”

According to an anonymous source quoted at Highlight Hollywood, we can expect an “utter shock” in season 6. “Not only are the dragons going to be massive next season, but viewers are about to learn more about the mysterious creatures from the Lands of Always Winter … I’m sworn to secrecy, but I can assure you, the scenes planned will break the Internet.”

Considering how rare and fleeting White Walker appearances in the books have been thus far (the massacre at Hardhome itself was greatly embellished for the show), the scene is mostly likely either a creation of the show or else an adaptation of a scene from The Winds of Winter or A Dream of Spring. Dare we speculate about a Snow Wight appearance?

In other news, during an interview with Yahoo, Game of Thrones’ Emmy-winning prosthetics supervisor, Barrie Gower, hinted at a VFX challenge that has been put off for two seasons but is expected to finally appear in season 6.

Benioff and Weiss, when they write the outline each year, for last two years, we got to this one point and we read this one gag and thought ‘Oh my God, how the hell are we going to do that? But this is going to be incredible!’ And then it got pulled and we didn’t do it in Season 4,” says Gower. “And then, lo and behold, in Season 5 there it was again. And it’s pulled again! But now, in Season 6, it looks like we’re going to do it. Fingers crossed they won’t chicken out.”

It’s hard to think of a noteworthy visual effect that could have fit interchangeably into the continuity of seasons 4 or 5 or 6 … and even harder to imagine a Westeros-related effect that the show hasn’t done already. Molten gold poured on a man’s head? Shadow baby stabbing a king? Giant knight thumbing out a guy’s eyes and crushing his skull? Woman riding a dragon into the sunset? Those memorable VFX/prosthetic effects were pretty fixed on the Game of Thrones timeline.

There’s also the possibility that this visual effect is a part of the aforementioned White Walker sequence. Surely, a scene that provides unprecedented insight into the world of the Others would call for some pretty spectacular VFX.