House of the Dragon stars arrive in Cáceres; Arryk & Erryk, Aemond and more Targaryens cast; Do we finally have our Aegon? | Watchers on the Wall | A Game of Thrones Community for Breaking News, Casting, and Commentary 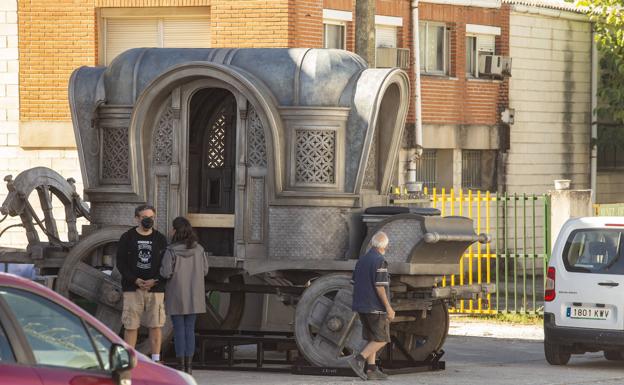 Filming for House of the Dragon has continued uninterrupted in Spain for weeks now, although much of the main cast has flown there only these last few days. In fact, it seems like the entire Targaryen court will be present… including several newcomers! The sons of King Viserys make their debut, as well as new Kingsguard members. Who’s playing Aemond? What about Ser Arryk and Erryk Cargyll, twin members of the Kingsguard? Is one of the new mystery cast members the elusive Aegon?

Calahorra Castle in Granada was the site for the first royal congregation, which suggests that —just like Trujillo Castle in Game of Thrones— this Renaissance stronghold won’t be a castle on its own right but part of King’s Landing, whether it’s the city walls or the Red Keep’s. As we reported, Matt Smith‘s Daemon Targaryen was involved, and Los Siete Reinos confirmed Rhaenyra Targaryen and Alicent Hightower were also present. According to Spanish newspaper Ideal, dragons were also likely involved — and they weren’t there just to look pretty, as explosions and flares were seen. 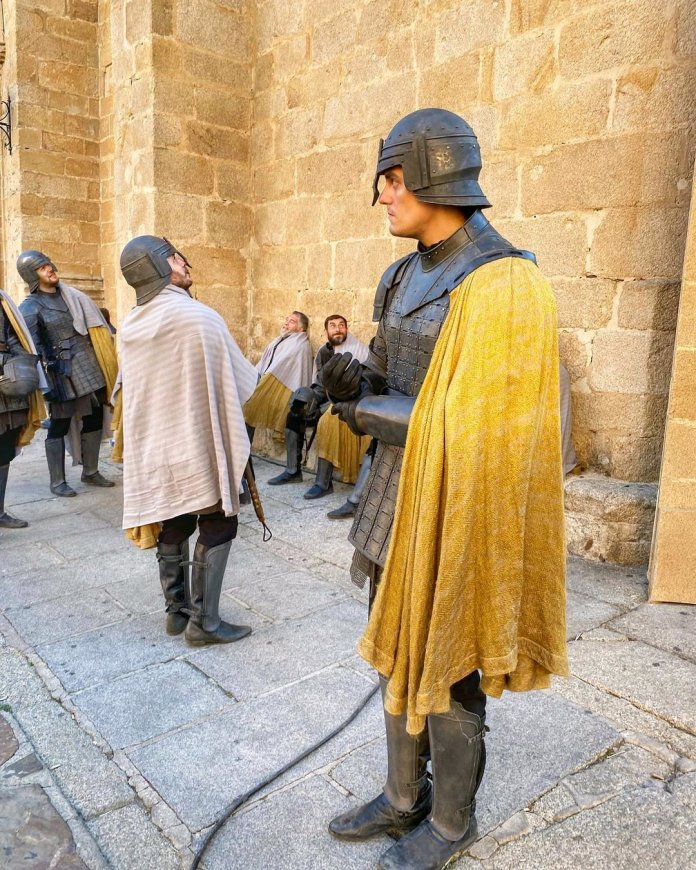 The new (or rather, old) City Watch, which became known as Gold Cloaks in this time, in Cáceres

Production then moved on to Cáceres. Despite the medieval look of the city’s old town, it still required many days of preparations to turn it into King’s Landing, which we already commented on. Finally, on October 11, actual shooting began in earnest. Though it was a more closely guarded set than when Euron marched through the same streets, some detailes have surfaced, especially now that much of the main cast has arrived.

Actors Ewan Mitchell, best known for The Last Kingdom, and Tom Glynn-Carney were also seen around them. In fact, it looks like we have our Aemond One-Eye! As you can see below, the second son of King Viserys Targaryen and Queen Alicent Hightower was photographed with his Targaryen platinum hair and an eye patch. Technically, this could be a slight if understandable deviation from the source material, in which he places a saphhire in place of his lost eye (though I guess they could to that sometimes still; but it’d be unnecesarily expensive if they were to do the VFX for every shot.) 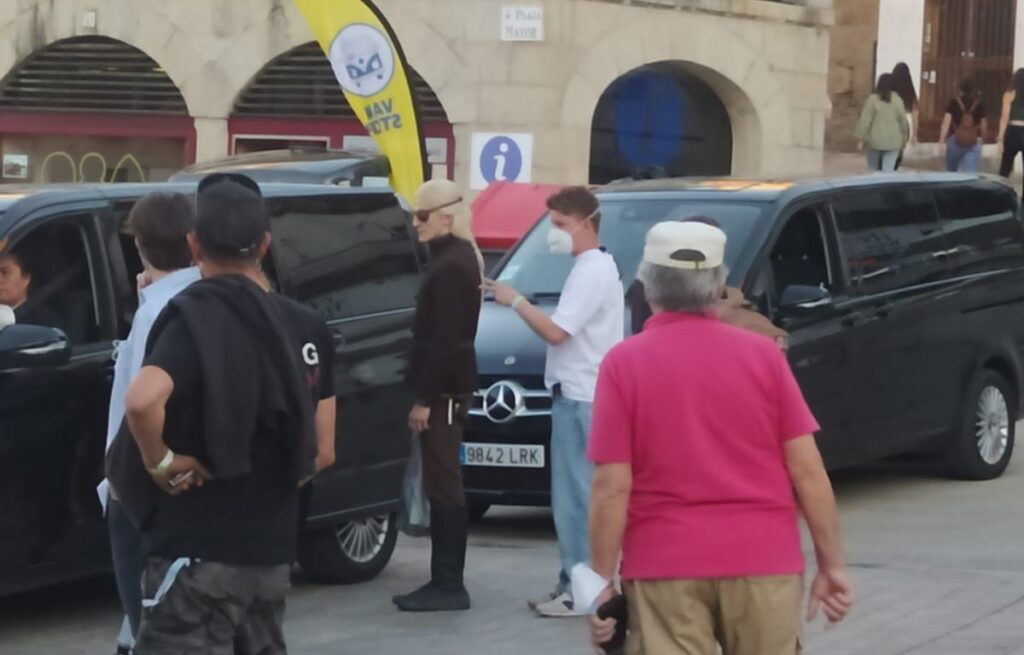 Since Mitchell appears to be playing the one-eyed Targaryen prince, Glynn-Carney is likely playing one of his brothers. He might be Dareon or even Aegon, a key figure in the drama (though not at first) whose casting has eluded us thus far.

This week, according to Hoy, the stars of House of the Dragon have been seen in Cáceres, for these last days of filming: Rhys Ifans, Hand of the King Otto Hightower; Milly Alcock, the young Rhaenyra Targaryen; and Matt Smith, the rogue prince Daemon Targaryen. Showrunners Ryan Condal and Miguel Sapochnik were also present. 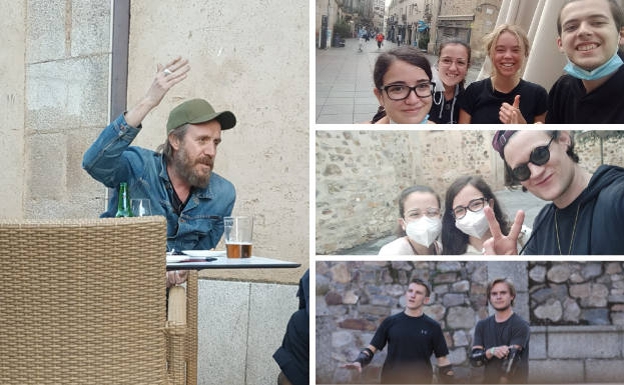 With all the royal court in King’s Landing’s streets, whatever’s going on is sure to be something of import. We’ll keep you up to date if we learn about any of it!