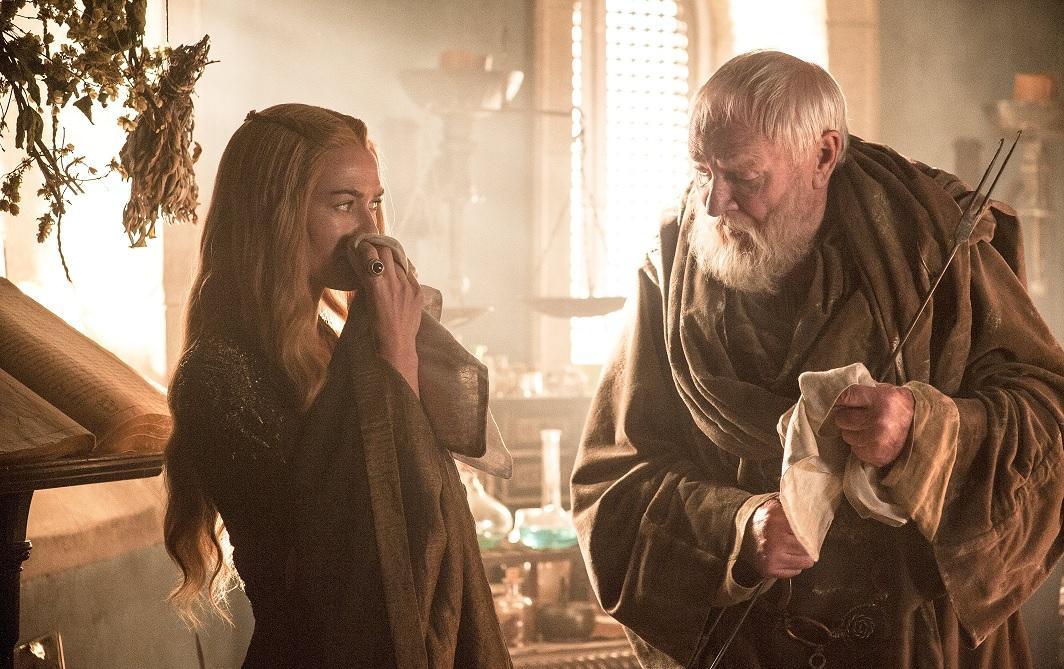 Congratulations to Lena Headey! The actress confirmed today she is expecting her second child, due this summer.

Headey has a four-year-old son with her ex-husband. Her pregnancy with son Wylie coincided with the filming of portions of season 1 of Game of Thrones.

What does this mean for the show, which will begin shooting season 6 this summer?

Probably not a lot, as far as viewers go. Headey’s condition was disguised during the filming of season 1 with costuming and body doubles with none the wiser. Costumes, doubles and camera shots should do the trick this time as well.

Best of luck to Headey!

And in less joyous news, George R.R. Martin tossed out this ominous warning to Showbiz411 at the Writers Guild Awards last night:

People are going to die who don’t die in the books, so even the book readers will be unhappy. So everybody better be on their toes. David and D.B. (David Benioff and D.B. Weiss co-creators of ‘Game Of Thrones) are even bloodier than I am.

When asked about how many seasons total we can expect, Martin was uncertain, saying, “We will have a 7th, 8th or 9th, no one knows. They only renew one or two seasons at a time. After we do season 6, maybe we’ll get a renewal for 7th and 8th. That all depends, Television is a very changeable medium.”

Head on over to Showbiz411 for the complete interview.