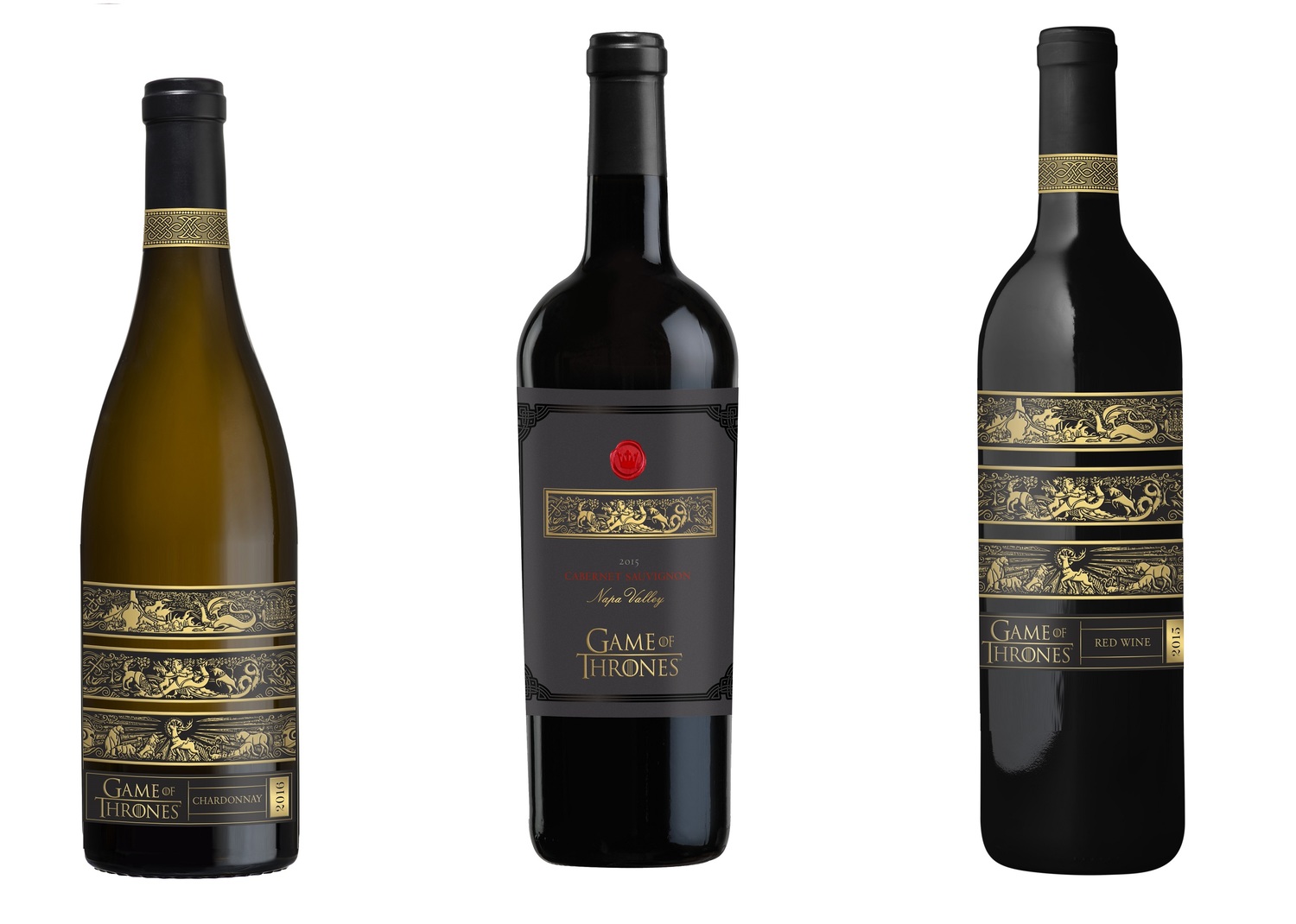 Not the Imp’s Delight but close enough!

In Westeros, there are really only two beverages: beer and wine. (Because water is for children and for drowning your enemies.) So naturally a few years back, HBO teamed up with Ommegang for a tasty line of brews inspired by Game of Thrones. It was only a matter of time before a matching line of wines came along, and that time has come.

“Given the prominent role of wine on Game of Thrones and our previous success in the beverage category, an officially licensed wine for the show feels like a natural extension for our fans,” says Jeff Peters, Director of Licensing and Retail for HBO. “Game of Thrones wines most definitely will add to the fan experience as the battle for the Iron Throne heats up heading into the final seasons.”

As a fan of wines, I’m even more excited about the line of wines than I was about the brews, so I wish they were debuting before Christmas- it would be a neat gift. But at least the Game of Thrones wines will arrive before season 7. So raise your glass, and toast the future of Thrones drunk-watching!