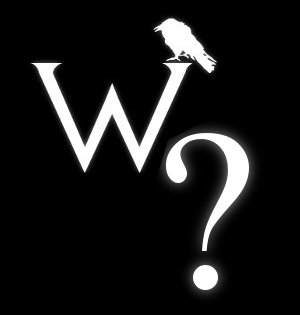 This is a guest post and survey by WotW reader James Rivers.

If the top parlor game ahead of a new season of Game of Thrones is theorizing which new characters will show up who weren’t publicized ahead of time, the runner-up is likely predicting the episode titles.

The 40 so far have included the obvious (“Blackwater,”) the
wink-wink-nudge-nudge to book readers (“Baelor,” “The Rains of Castamere,”) the double-entendre’d (“Kissed by Fire”), and now and then the misinterpreted-as-a-double-entendre-when-it-really-wasn’t (“Mhysa”). Unfortunately none are as straightforward as those that Friends used to do (or else the season two premiere would have been called, “The One Where Tyrion Crashes Joffrey’s Party”).

The early Season 5 episode titles could leak any day now, so before they do, let’s put our heads together and see what the WatchersOnTheWall community can collectively come up with.

It’s pretty simple: Fill in the blanks below. The survey will remain live until March 6th, at noon Eastern Time– or until the first batch of titles leak/are released, whichever happens first. Then we’ll compile the results and see how close everyone came to the mark. This Friday, we’ll reveal the results of the survey.

The survey is under the cut!

The survey will be accepted even with blank spots remaining if you’re stumped for a full ten, but why not toss in wild guesses if you aren’t sure. If you have ideas but aren’t certain which episode number the title might fall into, submit the title suggestions in any slot. At this point, episode order is incidental. We’re just having some fun here!