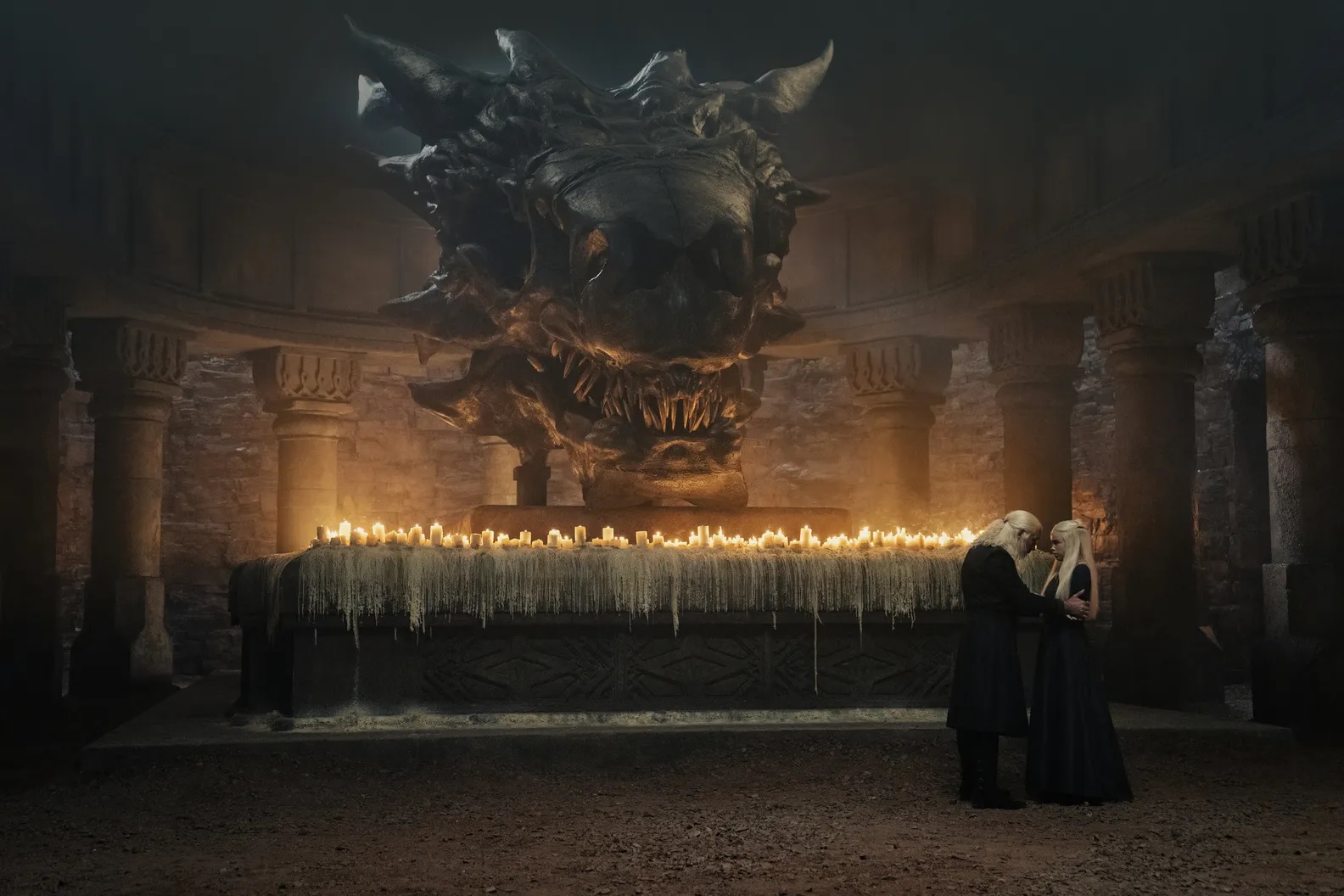 Writer George R.R. Martin speaks frankly to Vanity Fair’s Anthony Breznican in a new interview, on writing in the age of COVID and speculations on his future. House of the Dragon co-showrunner Ryan J. Condal joins the writer for a conversation full of hints and outright spoilers of things to come. Don’t worry, we’ve hidden the book spoiler stuff at the end so you can avoid it if you want to! Here are some of the interview highlights. Enjoy!

Martin tells VF, “Oddly enough, although I hate having COVID here, the two years of enforced isolation enabled me to get a lot more writing done, because I was doing a lot less traveling and public appearances and speeches and all of that stuff.[…]I’m making progress, but I’ve given up on any hope of predicting the end. Every time I do, I don’t make it and everybody gets mad at me, and there’s no sense. It’ll be done when it’s done. Hopefully, COVID won’t kill me, so we won’t have that issue. I do find it a little grisly, people speculating online about what’s going to happen to the rest of the books when I die. I don’t like to speculate about that. I don’t feel close to dying.” The writer caught COVID after SDCC,  but he reassures everyone who has been predicting doom, describes minor symptoms, insists he’s “good” and that he’s only going ‘a little stir-crazy” in quarantine.

Teasing a mysterious element of the series, HOTD showunner Condal tells Vanity Fair, “I think the Game of Thrones nerds were very interested and intrigued and compelled by the secret that Viserys tells Rhaenyra, connecting Aegon [the first king of the family and the original Westeros conqueror] with the prophecies that we know about the Long Night and the Others [a.k.a. the White Walkers] and the Night King coming out of the North—and how maybe the Targaryen dynasty was aware of it long before we think they were.[…]I think they were very intrigued by that. A lot of them said I committed A Song of Ice and Fire heresy, but I did tell them: ‘That came from George.’ I reassured everybody.’

Prophecies pop up throughout the A Song of Ice and Fire series, but were used less often in Game of Thrones. While some were mentioned in earlier seasons, they fizzled out by the end. In George’s world however, they remain strong. He cites their presence in the Dunk & Egg tales, and elaborates on how they’ll play into the future of his stories, HOTD and ASOIAF.

Martin says of the prophecies’ role, “I don’t want to give too much away, because some of this is going to be in the later books, but this is 200 years before the events of Game of Thrones. There was no sell-by date on that prophecy. That’s the issue. The Targaryens that know about it are all thinking, Okay, this is going to happen in my lifetime, I have to be prepared! Or, It’s going to happen in my son’s lifetime. Nobody said it’s going to happen 200 years from now. If the Dance of the Dragons had not happened, what would’ve happened to the next generation? What would’ve happened in the generation after that? Yeah, there’s a lot to be unwound there.”

Vanity Fair asks, “What got some of the bigger reactions at the show’s premiere?”

Condal replies, “A lot of people had things to say about the birth of Baelon, Prince Baelon.”

Martin says of the the scene, “That scene is…you don’t want to use the word ‘enjoyable’ for a scene like that, but it’s incredibly powerful. It’s visceral and it’ll rip your heart out and throw it on the floor. It has the kind of impact that the Red Wedding had. It’s a beautifully done scene of something horrible.”

Readers will know of the event Condal and Martin is referring to, but frankly Red Wedding feels like an exaggeration.

Visit Vanity Fair to read the entire complete interview, as it has a lot more goodness and interesting info!