GOT Round Up: Wrap Party in Belfast, A New Telltale Trailer, and Another Award Nomination | Watchers on the Wall | A Game of Thrones Community for Breaking News, Casting, and Commentary 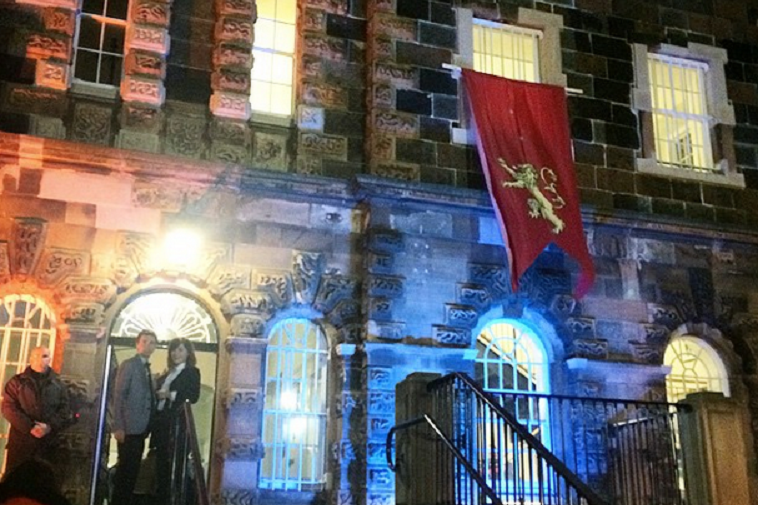 On November 29, Crumlin Road Gaol in Belfast played host to the wrap party for Season V of Game of Thrones. The former prison seems like an ominous (if cool) backdrop for a celebration- but, seeing as it’s Thrones, we should just be happy that cast and crew seem to have all made it out of the party alive.

Filming is scheduled to continue through this month, thankfully, undaunted, now that they’ve gotten the partying out of the way.

More news after the jump!

A Telltale Part One Trailer

Telltale has released a trailer for the first of six episodes planned for their Game of Thrones companion game. It sheds some light onto House Forrester’s allies and enemies in addition to giving us closer looks at Margaery, Cersei, Tyrion, and Ramsay. The first episode is set to drop on December 2.

The Producers Guild of America announced their award nominees, and Game of Thrones is among those recognized in The Norman Felton Award for Outstanding Producer of Episodic Television, Drama category. Thrones is up against Breaking Bad, Downton Abbey, House of Cards, and True Detective. Winners of the 2015 Producers Guild Awards will be announced on January 24.