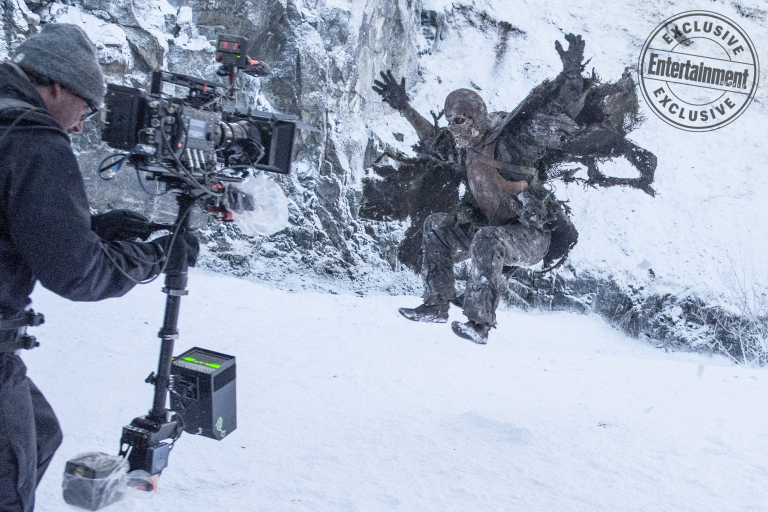 A stuntman leaps into action during filming for Season 7’s “Beyond The Wall.” Photo courtesy of Helen Sloan for HBO.

With the release of the exciting Entertainment Weekly cover story about Season 8 of Game of Thrones, the news machine for the final season seems to be rumbling into life — which is, hopefully, a good sign in terms of a release date drawing closer. While we wait, though, we can enjoy some never-before-seen photos of life behind the lens on the set of the world’s most popular TV series, thanks once again to Entertainment Weekly.

In an article released today, we get a sneak peek at filming previous seasons, with photos from the set going back as far as Season 2.

Included in the 16 photos are Daenerys (Emilia Clarke) riding a very strange-looking dragon: 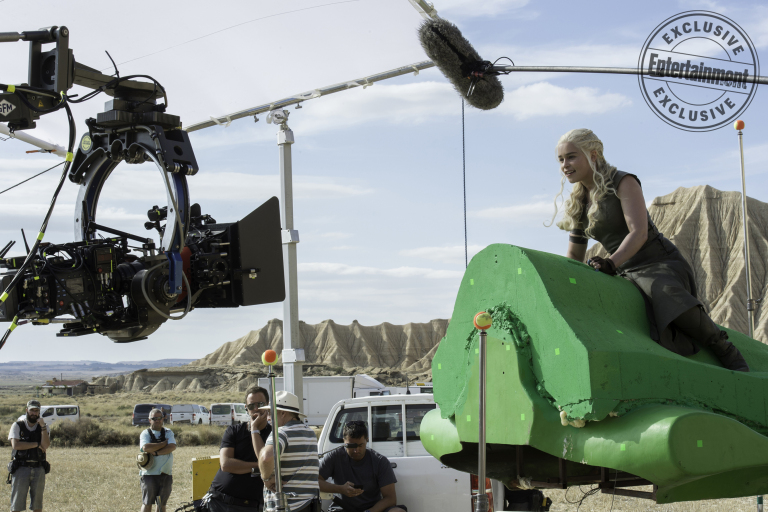 Photo courtesy of Macall B. Polay for HBO.

The Night King (Vladimir Furdik) getting ready for his close-up: 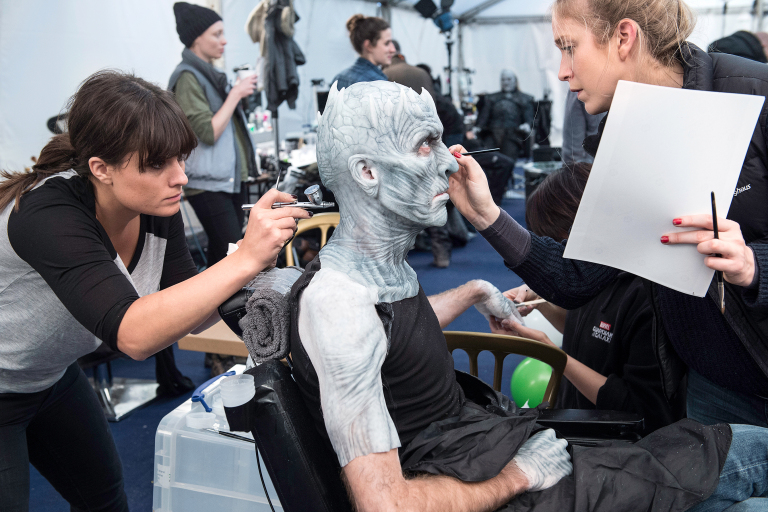 The other side of the window during Tommen’s (Dean-Charles Chapman) plunge to his death: 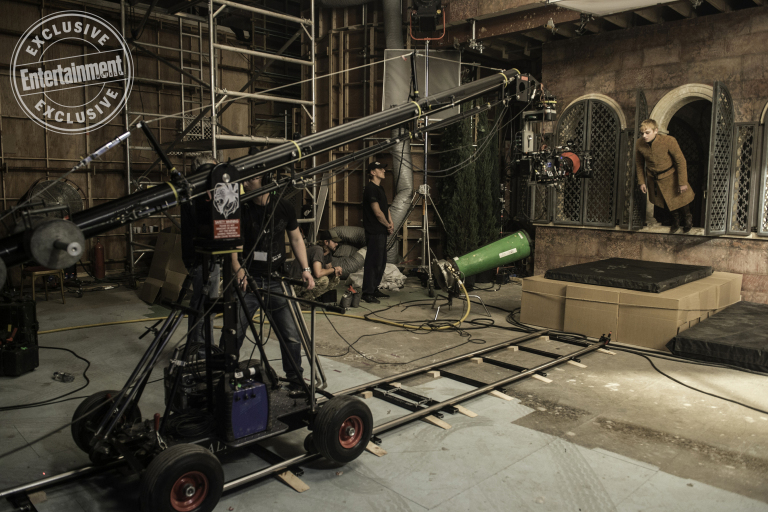 And Arya (Maisie Williams) at Needle practice in Season 4: 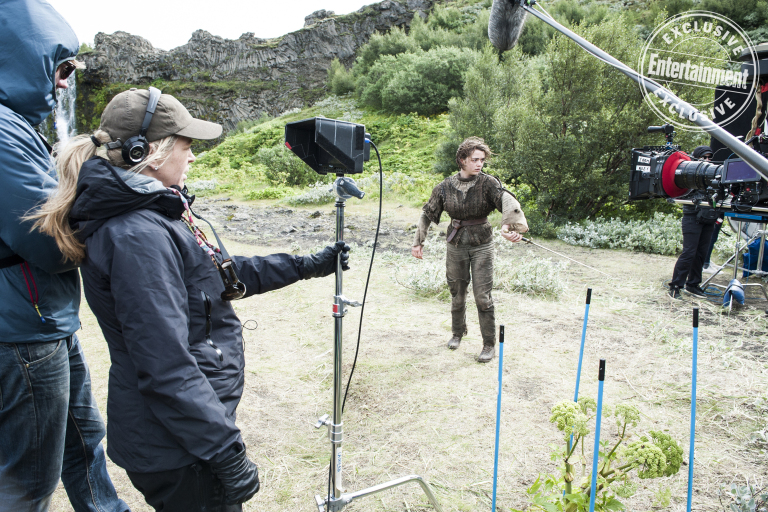 It’s not exactly Season 8 news, but at least it’s something fun to keep us occupied!