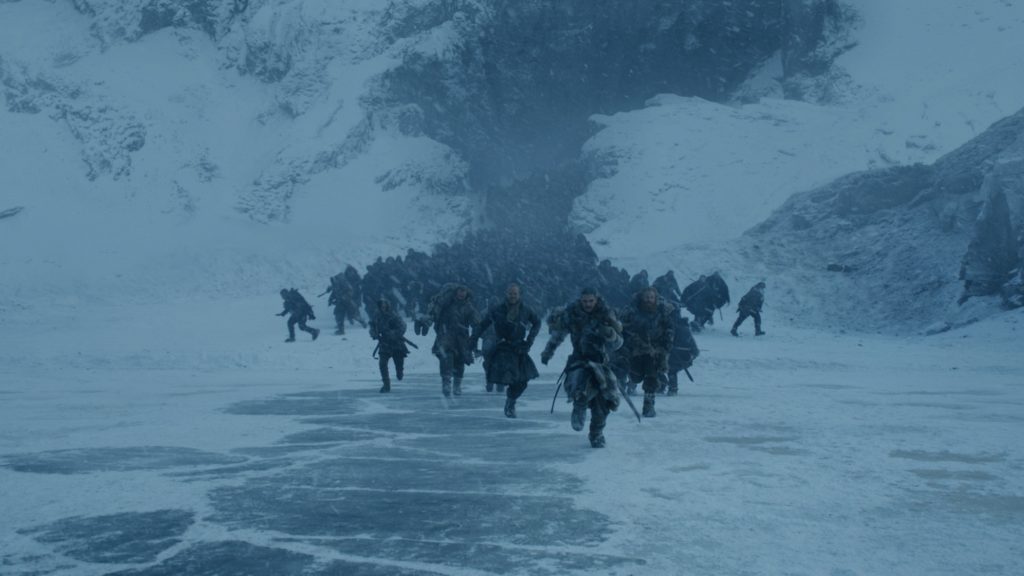 On our next episode, a podcast will head beyond the wall — now with the perspective of extra days and secondary viewings. Needless to say, there are things that must be discussed.

After the cut you’ll find three questions we’ve asked ourselves, and will be disputing as the show records. The season finale is almost here!

Listen to “Beyond the Wall” here.

1. Will Cersei be convinced of the threat beyond the wall? What is she planning?

2. What is next for the army of the dead and their ice dragon?

3. Jon Snow bent the knee. What does this mean for the North? How will the northern lords react?

BONUS: how hype are you for cleganebowl lol

Beyond the Wall, Finale, Game of Owns, Game of Thrones, podcast, the dragon and the wolf