George RR Martin revealed "three holy sh– moments” from the books to Benioff and Weiss | Watchers on the Wall | A Game of Thrones Community for Breaking News, Casting, and Commentary 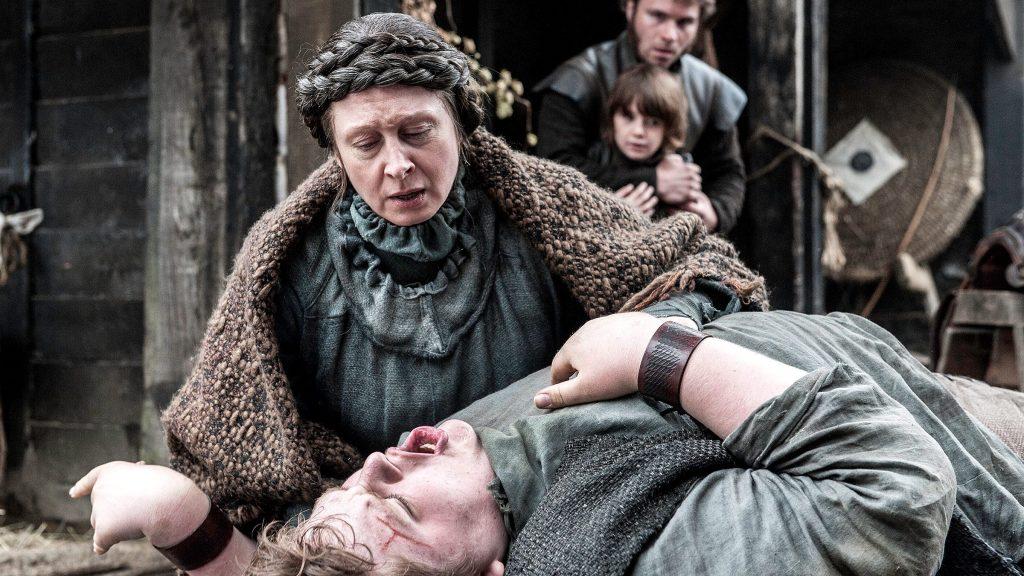 How much the Game of Thrones showrunners do and don’t know about the unwritten and unpublished A Song of Ice and Fire novels is up for debate, but David Benioff and D.B. Weiss certainly know of a few major moments, Entertainment Weekly is reporting.

Benioff and Weiss refer to these ASOIAF plot points that Martin has shared with them as “three holy sh– moments.”

As reported previously, Martin discussed Shireen’s burning in season 5 with Benioff and Weiss, though it’s not clear if the girl’s death will play out exactly as it did onscreen.

The showrunners have admitted this week, in the wake of “The Door,” that Martin shared the basis of Hodor’s name to them. However, fan reports from an event at the Jean Cocteau Cinema last night lead us to believe that the books won’t be completely the same. While interviewing author Joe Hill, George R.R. Martin discussed the latest episode and acknowledged that while Hodor’s name means “Hold the Door,” the reveal and its context will be very different as written.

The third revelation, according to EW and Benioff, “… is from the very end…”

“People are talking about whether the books are going to be spoiled – and it’s really not true,” Benioff tells EW. “So much of what we’re doing diverges from the books at this point. And while there are certain key elements that will be the same, we’re not going to talk so much about that – and I don’t think George is either. People are going to be very surprised when they read the books after the show. They’re quite divergent in so many respects for the remainder of the show.”

Of course the fact that they’ve just confirmed there are spoilers from the books from Martin contradicts some of this!