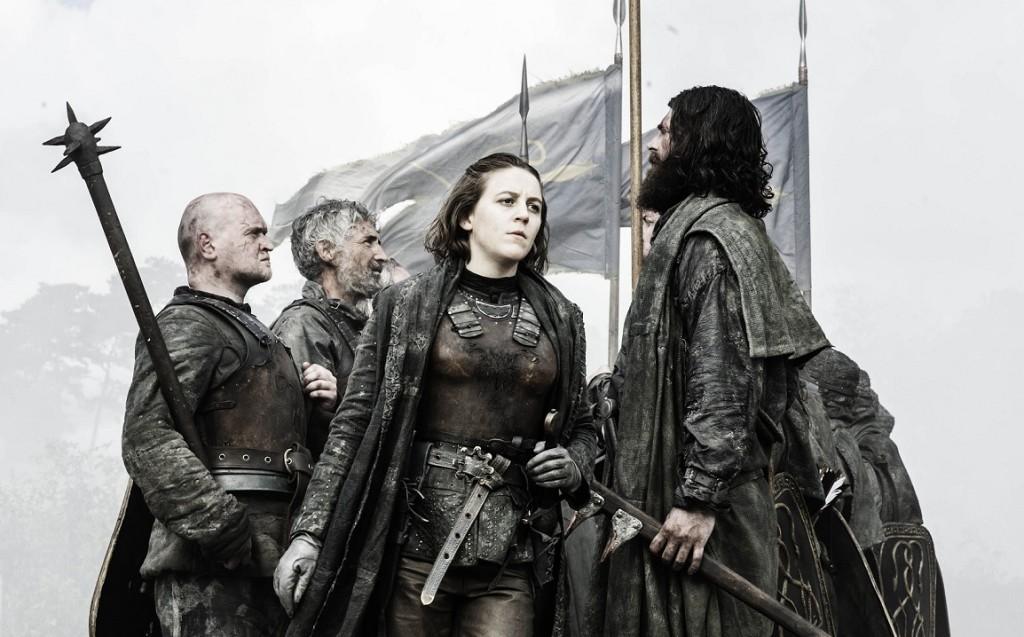 Gemma Whelan talks to the British Comedy Guide in a new interview released today, with the actress discussing her stand-up work and touching on her role in Game of Thrones.

We last saw her character Yara Greyjoy in season 4, retreating from the Dreadfort after the botched rescue of her brother Theon. In the interview, Whelan acknowledges her return to the show in season 6, mentioning in their chat that she’s soon filming for Game Of Thrones.

There is a lot of tight-lipped secrecy around the show, and some of us pay attention to every detail. The actress says, “Even when I said I’m going to Northern Ireland on Wednesday to you just now, I thought ‘oh god, maybe I shouldn’t say that.’ You really watch your back on everything – ‘don’t say too much’. But at least it’s been leaked that I’m going to be in it, so I can talk freely about that.”

British Comedy Guide asks if Game of Thrones is ‘truly off the books now,’ and Gemma says, “Yeah, they’ve sort of… not run out of books really, but they’ve liaised with George RR Martin who writes the books, and gone off on their tangent, with his approval. So that’s why people are even more interested in spoilers. It’s funny isn’t it, there’s no other show like it.”

Much of the interview discusses her comedy creation, Chastity Butterworth. Though it might seem unlikely for a comedic performer like Whelan to play Yara, her comedic chops helped lead to her GoT opportunity.

Gemma Whelan discusses more of her comedy work and Game of Thrones at the British Comedy Guide so check out the complete interview!