Game of Thrones weapons master discusses designing Westeros' catapults and crossbows | Watchers on the Wall | A Game of Thrones Community for Breaking News, Casting, and Commentary 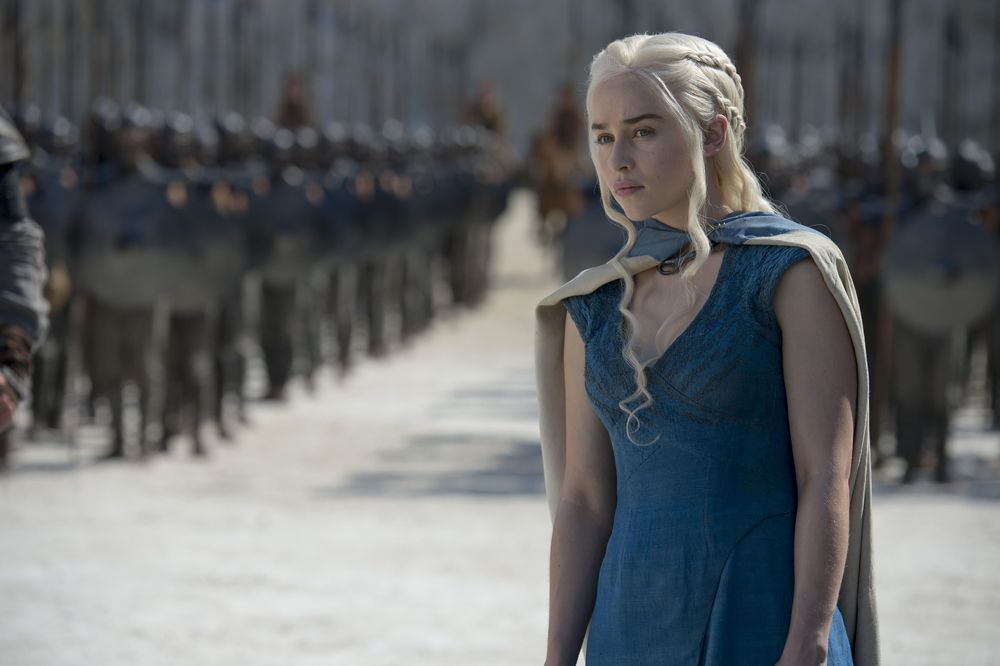 Television and film armorer, Tommy Dunne, has been the weapons master for Game of Thrones (and cameo barber and sword smith) since season 1. Perhaps most notably, he designed the catapults used in Daenerys’ siege of Meereen in “Breaker of Chains.” Recently, he spoke to Popular Science about the process of creating weaponry fit for a Khaleesi.

“When I build a catapult, a trebuchet, a ­giant crossbow, it looks and feels authentic,” Dunne told journalist, Rachel Feltman for the magazine’s May/June 2017 issue. “I look at all the historical references I can dig up. I’ve had 25 years to amass a library on weaponry of all ages and ­cultures but at the end of the day, my weapons are original.”

Of course, a fundamental (and important) difference between the weapons used in Westerosi warfare and the props Dunne designs is functionality. Dunne’s creations are only supposed to look lethal.

“As engineers, we’ll look at Roman and Medieval siege weapons, make sure we get the right look for the show, and then make them just powerful enough to throw a projectile off-camera” Dunne said “… We’ll throw objects —light objects— 30 feet in the air, and 50 feet away. In a real siege, a catapult would need to throw farther than the enemy archers’ range, so real weaponized projectiles would fly 10 times farther than ours.”

All, that said, the weaponry that shows up on set is, indeed, formidable.

“[These devices] aren’t cheap and can take up to eight weeks to build. So we make sure they’re not one-hit wonders. One catapult we built for Game of Thrones stood 12 feet high by 8 feet wide, weighed one and half tons, and fired barrels with a sling mechanism. But we also designed it so we could swap in a spoon to hurl flaming balls. That is not inherent in the historical design. Still, in 25 years of building these things, nobody’s called me out on these differences. So if I’m not actually building authentic weapons, I’m certainly getting away with it.”

Dunne will also be attending Con of Thrones this summer. So, if you’d like to hear more about his craft and happen to be in Nashville from June 30 – July 2, stop on by.