Game of Thrones Teaming Up With Major League Baseball to Promote Season Seven | Watchers on the Wall | A Game of Thrones Community for Breaking News, Casting, and Commentary 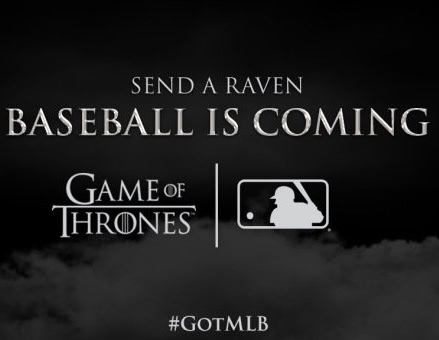 We may not have an official premiere date yet for Game of Thrones season seven, but the HBO promotion machine is already revving up.

The promotions are still in the works, and according to Deadline, “will vary by team.” As for what the promotions entail, it’s a little vague but promising: the report says there may be “development of collectible and co-branded merchandise, ticket packages, giveaways, theme nights, and social media events.”

Why Major League Baseball? “We’ve had a longstanding partnership with HBO,” says MLB’s EVP of Business Noah Garden. Apparently, HBO Now is powered by MLB’s BAMTech platform. The deal is beneficial to both parties since Game of Thrones‘ new season will premiere somewhere in the middle of baseball season, and GoT is popular with millennials, a demographic sought after by MLB.

And no,  MLB’s reps have “no idea” when season seven will arrive- at least, that’s what they’re telling Deadline. Visit the original article for more details!