Showrunners reveal Game of Thrones' greatest VFX challenges and what to expect from the biggest battle ever in Season 8 | Watchers on the Wall | A Game of Thrones Community for Breaking News, Casting, and Commentary 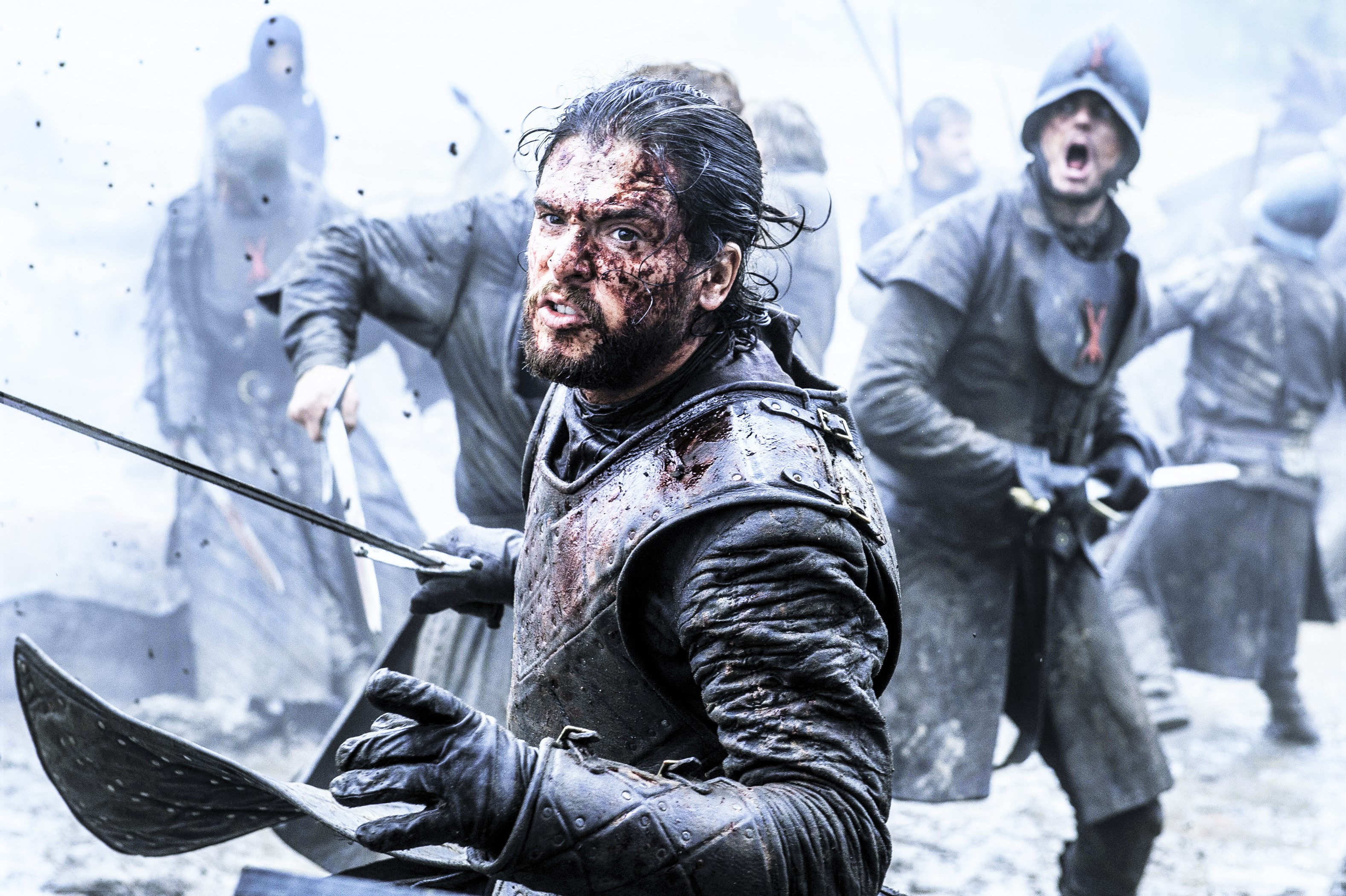 Game of Thrones executive producers and writers David Benioff and Dan Weiss aren’t exactly known for their penchant for interviews, so our ears always perk up whenever they subject themselves to one. This time, on the occasion of being honored with the Visual Effects Society Award for Creative Excellence, the showrunners delved into the challenges of VFX, especially in the early seasons, and the lessons that taught them. Also: a great little tease about the largest battle sequence ever we’ll see in season eight…

Asked by The Hollywood Reporter about the earliest challenges of working with VFX in Game of Thrones, Benioff and Weiss (it’s not specified who is speaking, so let’s assume it’s an unnatural amalgamation of the two—damn you, science, you’ve gone too far!) admit the very basics were the first hurdle to overcome: “As familiar as we all are with the end products, the VFX process is mysterious to people who haven’t been directly involved in it… Learning to speak enough of the VFX language to communicate effectively with the native speakers was a process…”, they said. However, they have come to enjoy it—but not because they’re comfortable with it: “We love it precisely because we know we’ll never get ‘comfortable’ with it in the way you’re comfortable with something you know inside and out… You’re constantly learning, which is what keeps it fresh.”

“In the first season, the earliest challenges involved learning how to do a lot with a little. The show did not have tremendous resources to burn for VFX back then,” Benioff and Weiss reminisced. “That was a very valuable experience, because it forced us to engage with the details of the process and not take the attitude, ‘Well, these VFX guys are very smart, they’ll figure it out.’ Because no matter how much your resources increase, that way of thinking leads to a tremendous waste of time and money. Which in turn leads to things not looking and feeling the way they should.” I think we can all appreciate these efforts—despite the increasing use of VFX, Game of Thrones still feels grounded and real.

In terms of challenging scenes in to create, it’s no surprise that the ice lake sequence in season seven is a highlight for them. Despite the controversy around the soundness of the wight hunt plan or its uncertain chronology, it was a monster of a sequence for the entire team and director Alan Taylor to build, as it “incorporated a lot of different elements, each of which carries its own unique challenges: dragons, fire, extended and manipulated environments, VFX wights, active and action-driven crowd replication.” 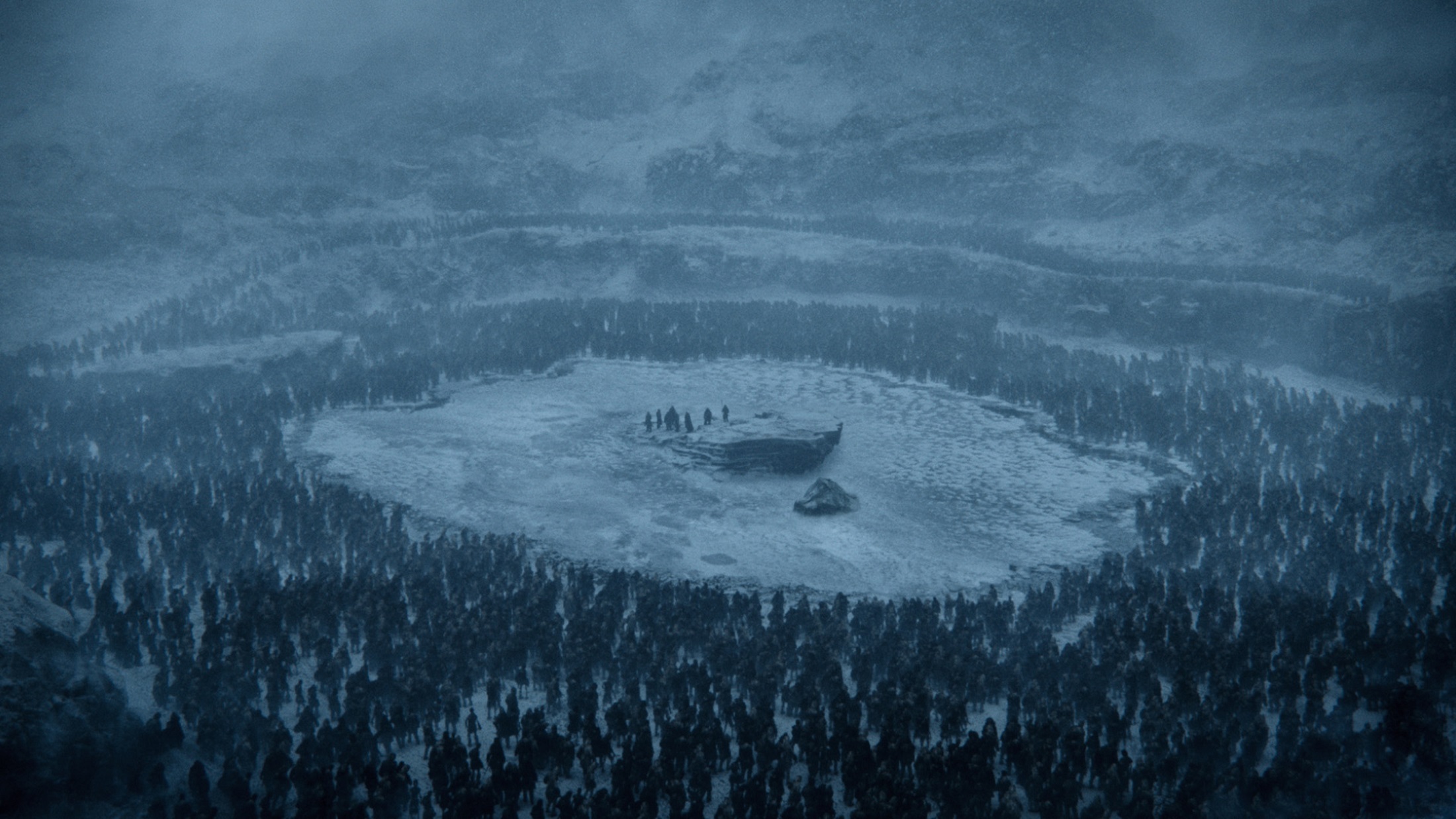 But they haven’t forgotten about Miguel Sapochnik, their most reliable battle helmer who returned for season eight’s largest sequences: “Sapochnik’s ‘Battle of the Bastards’ was also extremely difficult for similar reasons — not to mention horses and a giant. That one also needed to look as realistic as possible. The horses colliding with each other needed to look the same, even though one was real and another was CG. The armies needed to seem real, messy, and of a piece, even when three-quarters of the people in frame were either crowd replications or fully digital. Of course, the things we’re doing for the final season go a good deal beyond either of those,” they teased.

And that’s when they got to the juicy part: season eight! According to the showrunners, filming the final season “was pretty intense. To make the agreed-upon date involved a tremendous amount of scheduling intelligence on the part of [producers] Bernie Caulfield and Chris Newman, and a tremendous amount of ingenuity from [VFX producers] Steve Kullback and Joe Bauer — and Stefen Fangmeier and Jeff Schaper, whom Joe and Steve brought in to help supervise the large quantities of simultaneous VFX work that no one person could possibly supervise on his own.”

As for the more emotional side of ending the show, it seems the reality hasn’t sunk in yet: “We knew this moment was coming, but it’s still impossible to prepare yourself fully for it. We’re dealing with it piecemeal as we finish up the season. We’re also in a tremendous amount of denial. Six months from now, you’ll probably find us both wandering down Sunset Boulevard in our Game of Thrones crew jackets, wearing headphones, muttering notes to an assistant director who isn’t there.”

The interview, which is rather long and you should read in its entirety, ends with an expected yet exciting tease by D&D. I’ll just leave you with their words: