Game of Thrones season premiere running time revealed, and the cast talks moving on without the books | Watchers on the Wall | A Game of Thrones Community for Breaking News, Casting, and Commentary 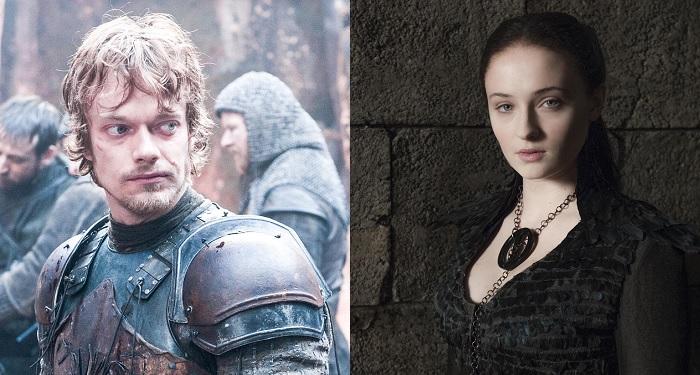 The HBO Schedule has been updated with the season premiere of Game of Thrones, providing a morsel of info. The episode title has not been revealed yet unfortunately, but it does display a running time of 53 minutes, which means that season five will tie season two for the shortest season opener.

The schedule entry includes standard warnings so in this episode we can expect Adult Content, Adult Language, Graphic Violence, and good old Nudity. Sounds like a typical episode of GoT, then.

In other news, several cast members chatted with IGN about where the show is headed now that many characters have run out of book chapters to work with.

Alfie Allen says that his storyline “really is one where nobody knows where it’s going to go,” but that he finds it exciting and terrifying. The actor says, “I try to get it out of David and Dan where it’s going to head, but they’re extremely tight-lipped… it’s more exciting than terrifying… but definitely a bit of both.”

Sophie Turner also finds it exciting, as the show has definitely used up all of Sansa’s story, and we don’t know what’ll be in The Winds of Winter.  She says, “And judging by the end of how season 5 ends, I think it’s going to be the most ambiguous thing ever what happens to her.” Intriguing!

For more, and to hear what other castmates had to say, check out IGN’s article.