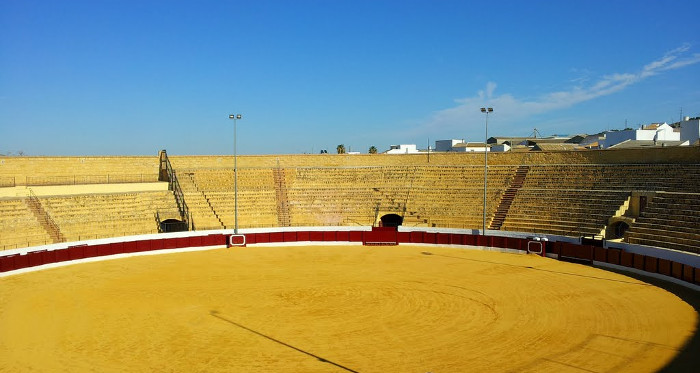 According to new reports out of Spain, Game of Thrones season five filming may have already begun in the town of Osuna.

Los Siete Reinos has heard a very intriguing rumor from a reliable source connected with a media company that uses drones to record aerial images that are sold to an international news agency. According to this source, HBO’s production crew have already shot in Osuna’s Plaza de Toros, with 50 extras and the episode director, for one morning a few days ago. The bull ring is generally assumed by Game of Thrones fans to be standing in for Daznak’s Pit, prominently featured in the climax of A Dance with Dragons.

It’s unknown at this time if filming occurred at other locations in Osuna, (though it appears unlikely) or which locations will be used when Game of Thrones returns to the town.

The University, La Colegiata, and the Canteras de Osuna have also been reported as possible shooting sites for Dorne or Meereen scenes.

It was not expected for filming in Osuna to begin until October, after shooting had completed at the Real Alcázar in Seville, October 14th-22nd. Production is still believed to be returning to Osuna in October to film at other locations.

This Spanish news report, with the aerial footage, displays the Osuna sites where Game of Thrones will most likely be filming in the future.

And in other locations news, it looks like Portstewart Strand filming has been completed, and with a friendly message for the accommodating locals. 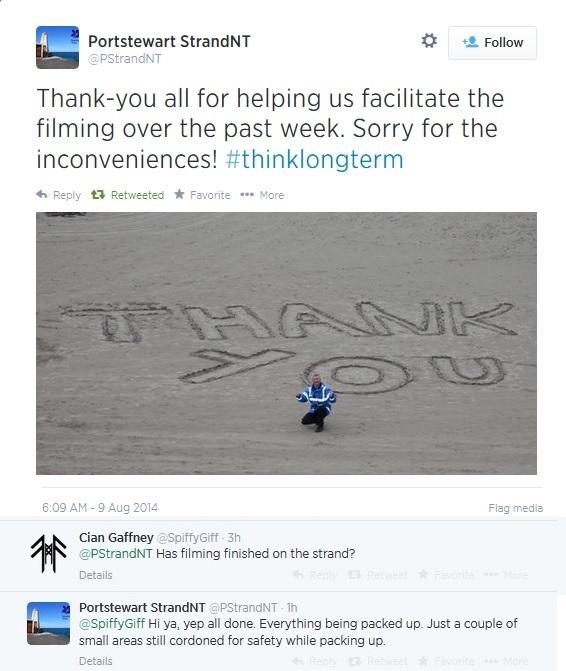 So everything’s done on the beach. Back to the studios, or will we see cast members next in Moneyglass or somewhere else in Northern Ireland?