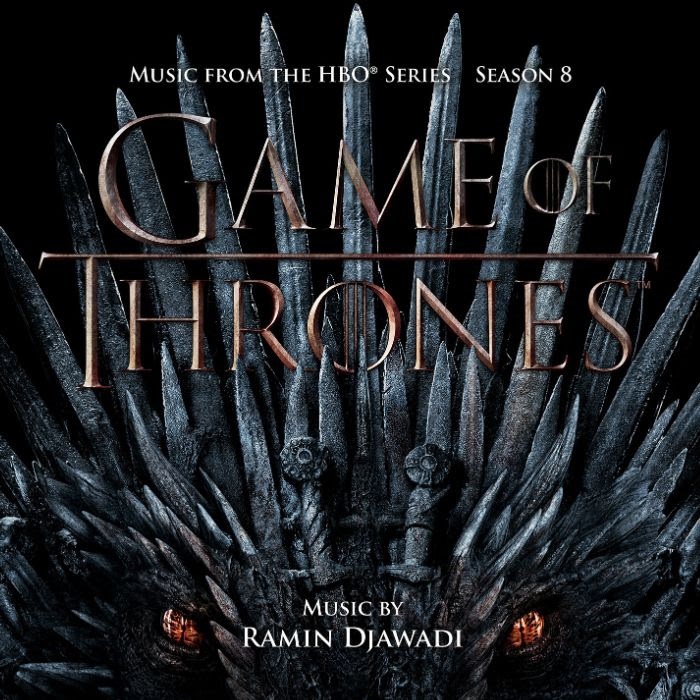 One of Game of Thrones‘ greatest assets has always been its music. Luckily this year we don’t have to wait to hear it all over again, as WaterTower Music has released Game of Thrones (Music from the HBO Series) Season 8, the soundtrack from the final season, as of midnight last night. The album features music by the show’s Emmy Award-winning composer Ramin Djawadi and is available for sale digitally and for streaming today, with a Double CD scheduled for release scheduled for July 19 and a vinyl release later this year.

The release is loaded with 32 tracks, including the 9-minute opus “The Night King” featured in “The Long Night.” The album also includes an instrumental version of “Jenny of Oldstones”, the Westeros classic that tugged our heartstrings in “A Knight of the Seven Kingdoms.”

In case you were hankering for yet another cover of “The Rains of Castamere”, you’re in luck!  This one is from Djawadi and Serj Tankian, the lead vocalist of System of a Down.

“The music for season eight concludes the story arc of Game of Thrones,” explained Djawadi in a press release from HBO.  “Though it’s tough to say goodbye to the series, I hope this soundtrack transports the listener back to the world of Westeros.  It’s been such an honor to be a part of this incredible show for the past eight years.”

Announced a couple weeks ago, the Game of Thrones Live Concert Experience returns this fall for a 20-city amphitheater tour, bringing the music of Ramin Djawadi (who will conducting and performing at select shows) to life at outdoor theaters across North America. Fans can relive the greatest musical pieces and footage from all eight seasons in an immersive outdoor concert experience. For a full list of tour dates and tickets, visit HERE!