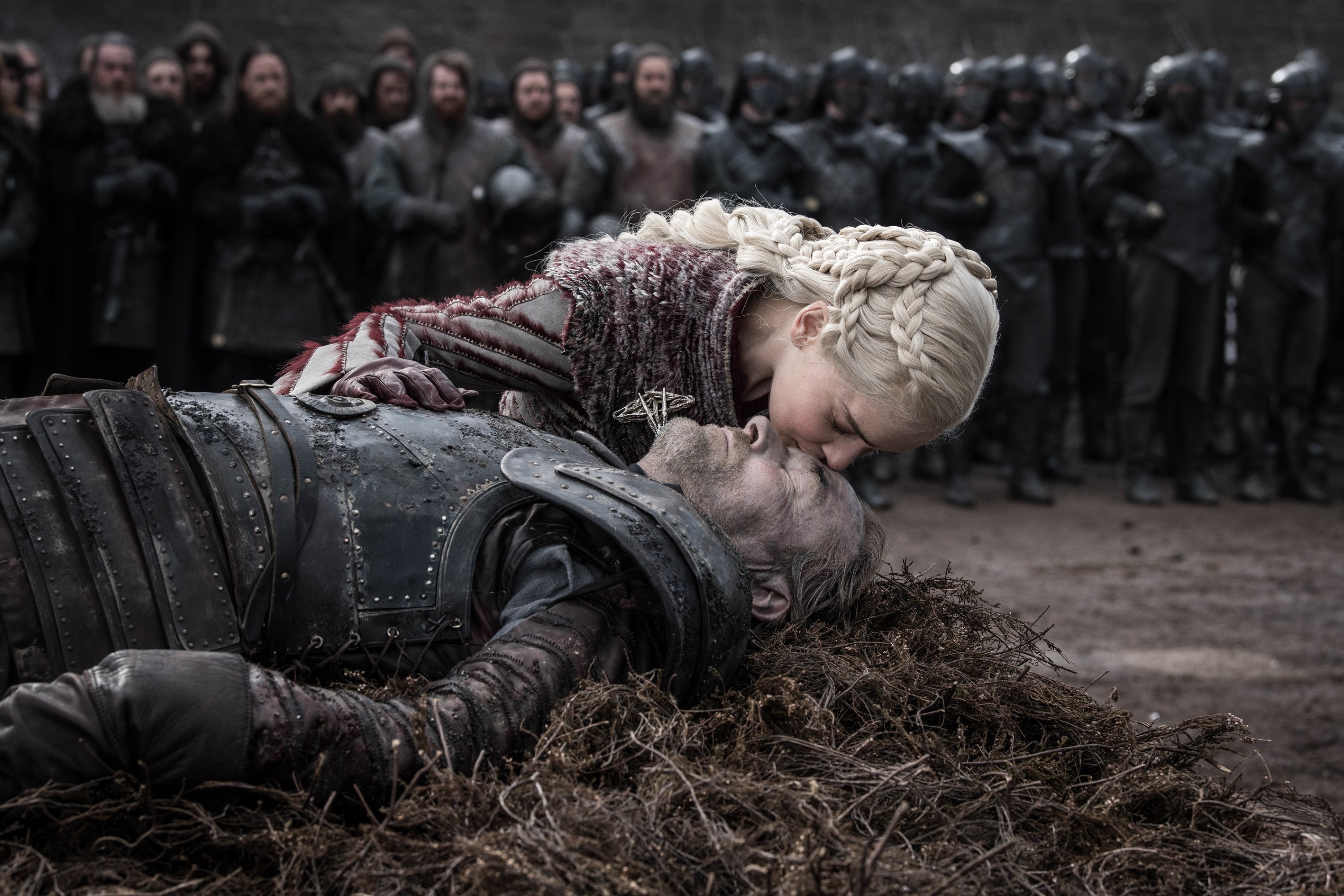 ‘The Last of the Starks’ appears to be amongst the most contentious episodes in recent memory. Some people have claimed it’s the greatest episode ever, while others seem to say it’s the worst episode ever. Then there are some (me) who think it’s the most 2 episodes ever. But don’t let me be the one to tell you this. Let’s gather up some critics’ thoughts and see what’s going on over in Westeros.

Here at Watchers on the Wall, we encourage you to ‘Always Support the Bottom.’ This typically extends to your support of our editor-in-chief Sue the Fury, in which her background knowledge of the books informs her perspective on the episode for her recap…but I ended up writing this week’s recap, so please go check it out when you get a chance! Never fear – Sue will be back next week. Once you’ve done that, you would do well to support our peerless Oz of Thrones’s ‘Unsullied recap,’ in which his fearless determination to avoid reading the books has outlasted all others, continuing on for 8 full seasons. After this, you can check out what these Internet critics thought of ‘The Last of the Starks’:

Alan Sepinwall, Rolling Stone – In which he does a deep dive into the Varys/Tyrion scene and what does not work for him.

Alyssa Rosenberg, The Washington Post – In which in the moment, she is delighted to see all of these characters loose and wonderfully, vitally alive — and very much aware of it.

Caitlin PenzeyMoog, The A.V. Club – In which she dubs it a transitional episode that feels perfunctory, a cursory going through the motions of wrapping up the Battle of Winterfell, and the lining up of somewhat boring logistics to get into the Last War.

Danette Chavez, The A.V. Club – In which he feels like the episode contains another example of Thrones’ long history of underdeveloping female characters or using sexist tropes as shorthand.

Daniel D’Addario, Variety – In which he thinks the episode was proof of GOT’s ability to toggle between plotlines and tones elegantly even as the story winnows down to a few key characters.

Dave Gonzales, Thrillist – In which he argues that Cersei is the best player in the game.

David Malitz, The Washington Post – In which he laments the lack of celebration for Arya’s great victory over the Night King.

Hillary Kelly, Vulture – In which she admits delight over the unexpected nature of Rhaegal’s demise.

James Hibberd, Entertainment Weekly – In which he wishes Missandei and Cersei would have had a scene together before the big moment.

Jeremy Egner, New York Times – In which he was not amongst those clamoring for Jaime to end up with Brienne, as he believed their mutual admiration was far more interesting when it was without sex.

Joanna Robinson, Vanity Fair – In which she writes up multiple articles covering different areas of the episode.

Josh Wigler, Hollywood Reporter – In which he recaps from an objective standpoint, neglecting to inject his subjective opinions.

Julia Alexander, The Verge – In which she thinks the feast scenes in the beginning played out like fan fiction and what goes down in the episode was bizarre.

Kathryn VanArendonk, Vulture – In which she believes the show has fundamentally betrayed Brienne, Sansa, and Missandei.

Kelly Lawler, USA Today – In which the clumsy and overlong episode tried to do far too much with far too little.

Laura Hudson, WIRED – In which Game of Thrones doesn’t need to be kind or crowd-pleasing, but that it has to feel earned, and it is no longer earning its shit anymore.

Laura Stone, Hey Don’t Judge Me – In which the Hound and Arya are her favorite Buddy Cop duo since Pod and Brienne.

Lauren Sarner, New York Post – In which Sansa is on a path to be the one to take down Cersei.

Lindsey Romain, Nerdist – In which Sansa did the right thing in telling Tyrion about Jon’s heritage.

Mark Perigard, Boston Herald – In which he feels cheated by our lack of witnessing Sansa’s and Arya’s reaction to the Aegon reveal.

Melanie McFarland, Salon – In which she decides the saving grace is David Nutter’s skillful direction, which makes sense out of an episode that begins soundly enough but iss soon shot to pieces in a barrage of bad decisions.

Michael Schick, Hypable – In which the women of Game of Thrones are the points around which the action and drama revolve, like markers on a map, directing the story — and the men — through its sometimes moving, sometimes maddening motions.

Michael Rogeau, Gamespot – In which he went into the episode figuring his bar was so low that there was no way it could be that bad.

Mike Bloom, Parade – In which the aftermath of the Battle of Winterfell, and the ambush at King’s Landing is reported in the Westeros World News.

Neela Debnath, Express – In which the Machiavellian scheming of Game of Thrones is just as much of a draw to the series as the Hollywood-style production values, incredible characters and epic storylines with twists no one saw coming.

Rob Bricken, io9 – In which he believes the conversation between Tyrion and Varys is one of the best conversations in recent GOT memory.

Ron Hogan, Den of Geek – In which during the showdown sequence, Lena Headey and Peter Dinklage do more with just their facial expressions than most actors could accomplish with pages of speech.

Sarah Hughes, The Guardian – In which this is an epic episode in the true sense of the word: raw with emotion and high on intrigue, filled with a sense of impending doom and featuring a final scene that was both heartbreaking and inevitable.

Sean T. Collins, Rolling Stone – In which he delivers a resounding set of praise, saying the show hasn’t missed a step thematically, moving from humanity’s need to stop killing itself and face a common threat to its compulsion to annihilation even after seeing what it can accomplish as a united front.

Soumya Srivastava, Hindustan Times – In which the episode takes a turn for the boring and the dull.

Tim Surette, TV Guide – In which he is unsure of whether he is supposed to love or hate the episode, even though he liked it, except for when he didn’t.

Todd VanDerWerff, Vox – In which he looks at the four winners and six losers of the episode.

Tori Preston, Pajiba – In which she thinks it is a long, frustrating episode that seems designed to grind everything you enjoy about the show straight into the dirt.

Verne Gay, Newsday – In which this is an episode somehow better and even richer than the brilliant ‘The Long Night.‘

recap round-up, Season 8, The Last of the Starks