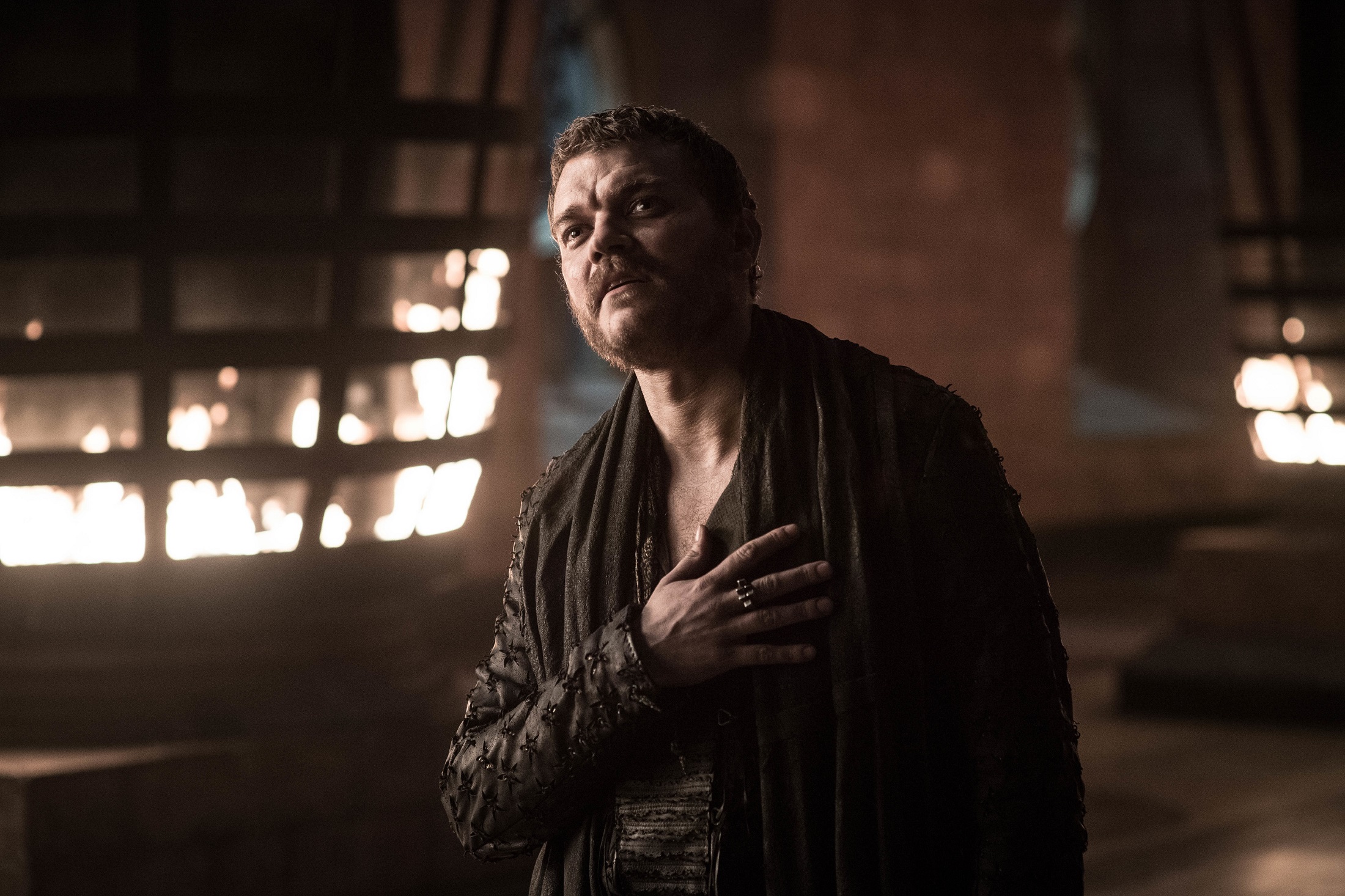 Hello and welcome to all new Watchers on the Wall, and, hey, what’s happening, it’s been a while, to all old Watchers on the Wall (The Night’s Watch takes anyone of any age). “What kind of title is this?,” you ask, “Why isn’t there a review in here?” Well, as you might have realized by now…Game of Thrones is pretttttty prettttttty popular, and there are already a fair amount of reviews on the Internet. So vast is the Internet, that we decided it would behoove us to gather all these reviews in one place.

Every Monday night (or Tuesday morning, as the case may be) I’ll be deconstructing the multitude of reviews out there, boiling them down to one short summary sentence that will perfectly encapsulate what the original author was saying, no questions asked…kidding. What I will do is attempt to summarize the original review as best I can, and if my tease whets your appetite for their style of review, you are encouraged to head over to their site and let them know…after of course letting us know your thoughts in the comments below. All squared? Jolly good, let’s dive in.

Here at Watchers on the Wall, we encourage you to ‘Always Support the Bottom.’ This naturally extends to your support of our editor-in-chief Sue the Fury, and her ‘Sullied recap‘ of the episode, in which her background knowledge of the books informs her perspective on the episode. Once you’ve done that, you would do well to support our peerless Oz of Thrones‘s ‘Unsullied recap,’ in which his fearless determination to avoid reading the books has outlasted all others, continuing on for 8 full seasons. After this, you can check out what these Internet critics thought of ‘Winterfell‘:

Akhil Arora, Gadgets 360 – In which he feels the episode was engineered to the moment of Jon’s Aegon reveal.

Alan Sepinwall, Rolling Stone – In which he does a deep dive into Arya and the Hound’s brief but satisfying reunion.

Alex McLevy, The A.V. Club – In which he thinks that the dragon ride lacked a cathartic thrill to the sequence.

Akash Singh, That Shelf – In which he (of Watchers on the Wall fame) has never felt more seen on Game of Thrones than when northerners see people of color for the first time.

Ciara Wardlow, Film School Rejects – In which she visits the best moments from the season 8 premiere.

Daniel D’Addario, Variety – In which he believes that as the biggest show in the world, Game of Thrones has an obligation to its fans that it didn’t in its first few seasons.

Dave Gonzales, Thrillist – In which he acknowledges that the way to win an assassin’s heart is level up her dagger to be fatal to White Walkers.

David Malitz, The Washington Post – In which he questions whether we need an answer as to why Jon bent the knee.

David Rosenblatt, Squinty Overanalyzes Things – In which David – Hey wait, that’s me! I wrote this review. You should go check my blog!

Drew Goins, The Washington Post (filling in for Alyssa Rosenberg) – In which he makes good use of the phrase “preternatural calm.”

Hillary Kelly, Vulture – In which she calls out three overarching problems with the episode.

James Brinsford, Mirror – In which he dabbles into the awkwardness of the many reunions.

James Hibberd, Entertainment Weekly – In which he gives props to director David Nutter for not being too flashy, while still allowing it to be epic in its own way.

Jamie Broadnax, Black Girl Nerds – In which, despite his redemptive arc, she will never forgive Theon for murdering two boys.

Jeremy Egner, New York Times – In which he compares the royalty and melodrama to Downton Abbey.

Joanna Robinson, Vanity Fair – In which she questions the nature of Cersei’s morality.

Katie Byrne, Digital Spy – In which she has never watched a single episode prior to this, and attempts to sort out what’s happening.

Judy Berman, TIME – In which she believes that Game of Thrones has kicked its 8th season off by amplifying some of its past seasons’ worst mistakes.

Julia Alexander, The Verge – In which she finds the premiere a little lackluster in regards to violent devastation.

Kathryn VanArendonk, Vulture – In which she thinks the season 8 premiere is the best premiere since season 1 because of the way it combines necessary plot milestones with sequences of straightforward indulgence.

Kelly Lawler, USA Today – In which she says the episode concluded with a pitch-perfect callback to the series premiere.

Laura Hudson, WIRED– In which she says that the episode brings Game of Thrones full circle.

Laura Stone, Hey Don’t Judge Me – In which she loves how Tyrion genuinely respects Sansa.

Lauren Sarner, New York Post – In which she deduces how the story may be setting up Arya to kill the Night King.

Mark Perigard, Boston Herald – In which he feels everyone had a pithy one-liner or three.

Michael Hogan, Vanity Fair – In which Daenerys didn’t get the memo not to wear white after Labor Day in the North.

Michael Rogeau, Gamespot – In which he feels that due to the slow roll out of the books, characters have become barely recognizable from the original text on the page.

Mike Bloom, Parade – In which he dubs Dany and Jon this season’s ‘it couple.’

Myles McNutt, The AV Club – In which he thinks that Arya’s reunions work as much on the audience as they do on Arya.

Neela Debnath, Express – In which she believes there was good pacing to the story.

Rob Bricken, io9 – In which he thinks the workman-like mentality felt the show was trying to get all its scenes done and out of the way as quickly as possible.

Ron Hogan, Den of Geek –In which he feels that writer Dave Hill‘s script wan’t too schmaltzy or forced, and made Jon and Arya’s reunion feel sweet and natural.

Sarah Hughes, The Guardian – In which she believes that Bronn’s sexposition scenes felt so much like the first season that it must have been yet another homage.

Sean T. Collins, Rolling Stone – In which he thinks that the Drogon stare-down is familiar to anyone who’s tried doing the naughty under the watchful eye of a cat.

Soumya Srivastava, Hindustan Times – In which she finds it a jerky beginning with hopefully smooth sailing from here on out.

Tim Surette, TV Guide – In which he just loves it when the show kills kids.

Todd VanDerWerff, Vox – In which he looks at the seven winners and eight losers of the episode.

Tori Preston, Pajiba – In which she claims that Jaime simply seeing Bran sitting there was the sickest burn of all.

Verne Gay, Newsday – In which he fashions the episode more of a fan-pleaser than a crowd-pleaser.