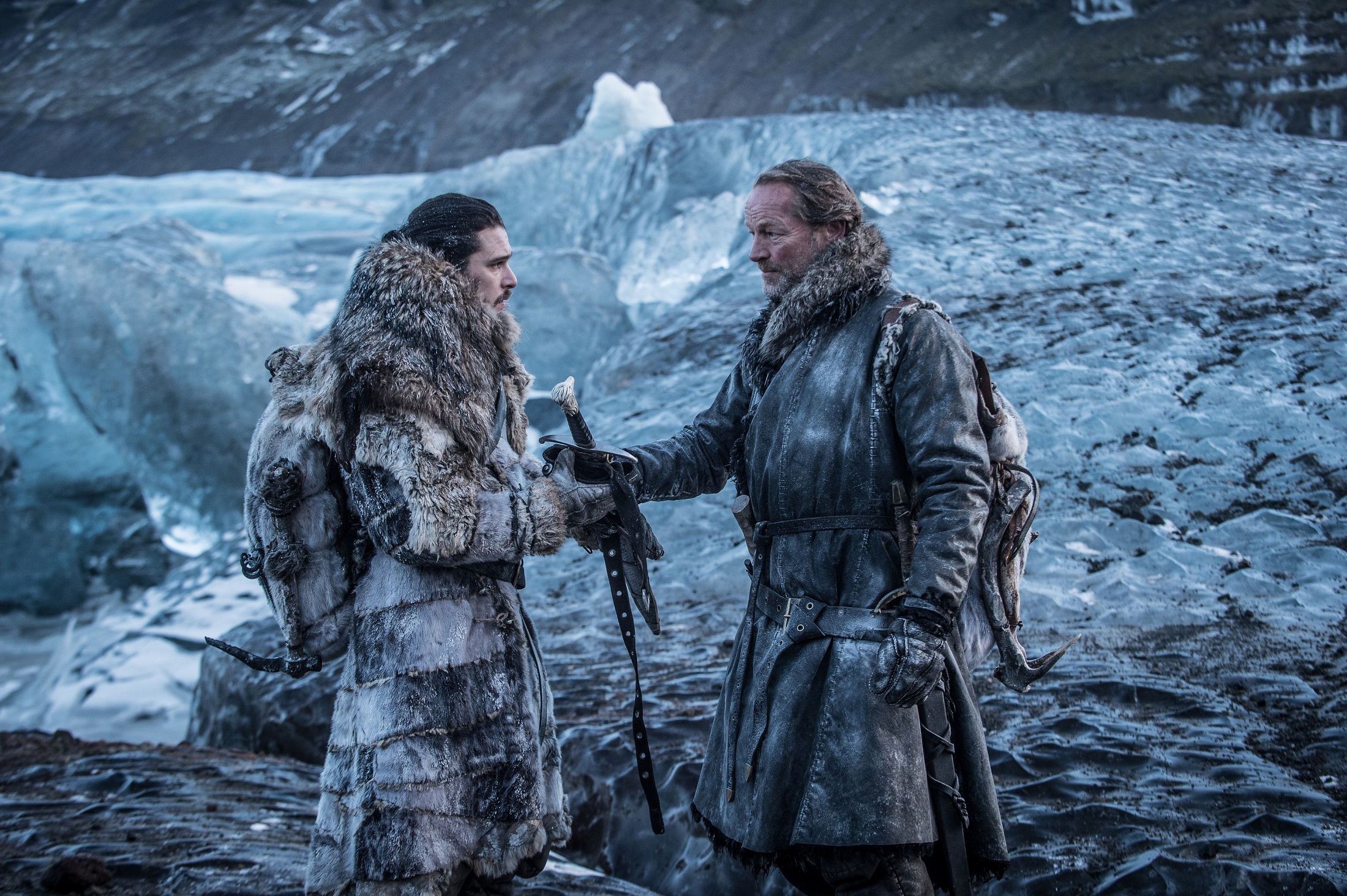 You’re having your typical Monday, your typical beginning-of-the-week slog, your typical afternoon solar eclipse – wait what? Assuming your eyes are not burned out from the eclipse that took over everyone’s Facebook and Twitter for the greater part of today, then you are still capable of reading what the Internet’s many critics have to say about last night’s ‘Beyond the Wall.’ So let’s get to it!

With your read-through of Sue’s Sullied recap complete, and your Sullied chuckling over the Unsullied nature of Oz’s review in the past, the only thing left to do is read more reviews of ‘Beyond the Wall.’

Alan Sepinwall, UPROXX – In which he cheers the action spectacle, but thinks it suffers heavily from silly plotting and the lack of a commitment to the “Anyone can die” mantra to which GOT once held itself.

Alex Mullane, Digital Spy – In which he thinks the ‘contracting of Westeros’ is actively working against the show.

Alicia Lutes, Nerdist – In which she presupposes the possibility of ‘WightGhost,’ now that anything is possible, wight-wise.

Alyssa Rosenberg, The Washington Post – In which she highlights the ways in which characters reinterpret the past accurately or inaccurately and when and how they employ this information.

Andrew Snell, Mirror – In which he reimagines Sansa’s and Arya’s dialogue if it occurred between two people who said what they were actually thinking instead of dancing around each other.

Bennett Madison, Vanity Fair – In which he says GOT is sacrificing what made it so special in the first place.

Dave Gonzales, Thrillist – In which he has probably the most positive response to the episode of all the critics.

David Crow, Den of Geek –In which he remembers an impressive callback to A Clash of Kings (book 2 of ASOIAF) and how it relates to this episode – something I’d forgotten about – Unsullied proceed at your own risk.

David Malitz, The Washington Post – In which he suggests the Arya/Sansa plot has been a season’s worth of story that has been extraordinarily condensed.

David Rosenblatt, SquintyOverAnalyzesThings – In which I (yes, me of me fame) went into detail on the alliances forged and broken in this episode…but also think that too many characters are surviving on pure MCS these days (main character syndrome).

James Hibberd, Entertainment Weekly – In which he rates the dreary Winterfell fewer than three stars on TripAdvisor.

Jen Chaney, Vulture – In which she writes two articles – one on parallels to episode 109 ‘Baelor’ and one on whether we should take Arya or Sansa’s side.

Joanna Robinson, Vanity Fair – In which she makes the case for GOT needing to kill its main characters again.

Josh Wigler, Hollywood Reporter – In which he theorizes that Bran’s time is come, and will warg into not an alive dragon, but the undead Viserion.

Kaitlin Thomas, TV Guide – In which she predicts the implications of Jon’s and Daenerys’ inability to have children.

Kaitlyn Tiffany, The Verge – In which she gets down ‘n dirty into the serious handholding action in which Jon and Daenerys partook.

Kim Renfro – Business Insider – In which she explores the budding sexual tension between Jon and Daenerys.

Laura Hudson, WIRED – In which she says that for this episode to work everyone on the show had to be an incompetent idiot.

Laura Stone, Hey Don’t Judge Me – In which no one on the Internet reacts to dragons the way she does.

Lauren Sarner, Inverse – In which she analyzes the true meaning of Thoros’ death (RIP).

Melanie McFarland, Salon – In which she argues that the theme of the episode is heroes competing to do the stupidest, bravest things.

Mike Bloom, Parade – In which Westeros World News (™) is unable to write an obituary for Viserion due to a missing body.

Myles McNutt, The A.V. Club – In which he reserved judgement last week on the ‘kidnap a wight’ ploy, but this week goes to town.

Nina Shen Rastogi, Vulture – In which she believes “there is no plot point too absurd for this supersize episode.”

Rob Bricken, io9 – In which he makes the case for why GOT is firing on all cylinders but frequently coming up empty.

Sean T. Collins, Rolling Stone – In which he thinks that amidst the grandeur and chaos, something was missing, and it starts with the redshirts.

TK, Pajiba – In which he thinks that Winterfell has gone from A to C without stopping at B and it’s not working.

Luke Holland, The Guardian – In which he cannot get around the leaps in logic and suspensions of disbelief required by this episode.

Other than mine, which you’ve already posted on your Facebook, Tweeted on your Twitter, and Tumbled on your Tumblr, whose reviews did you love/hate, with all due respect of course, and as always?