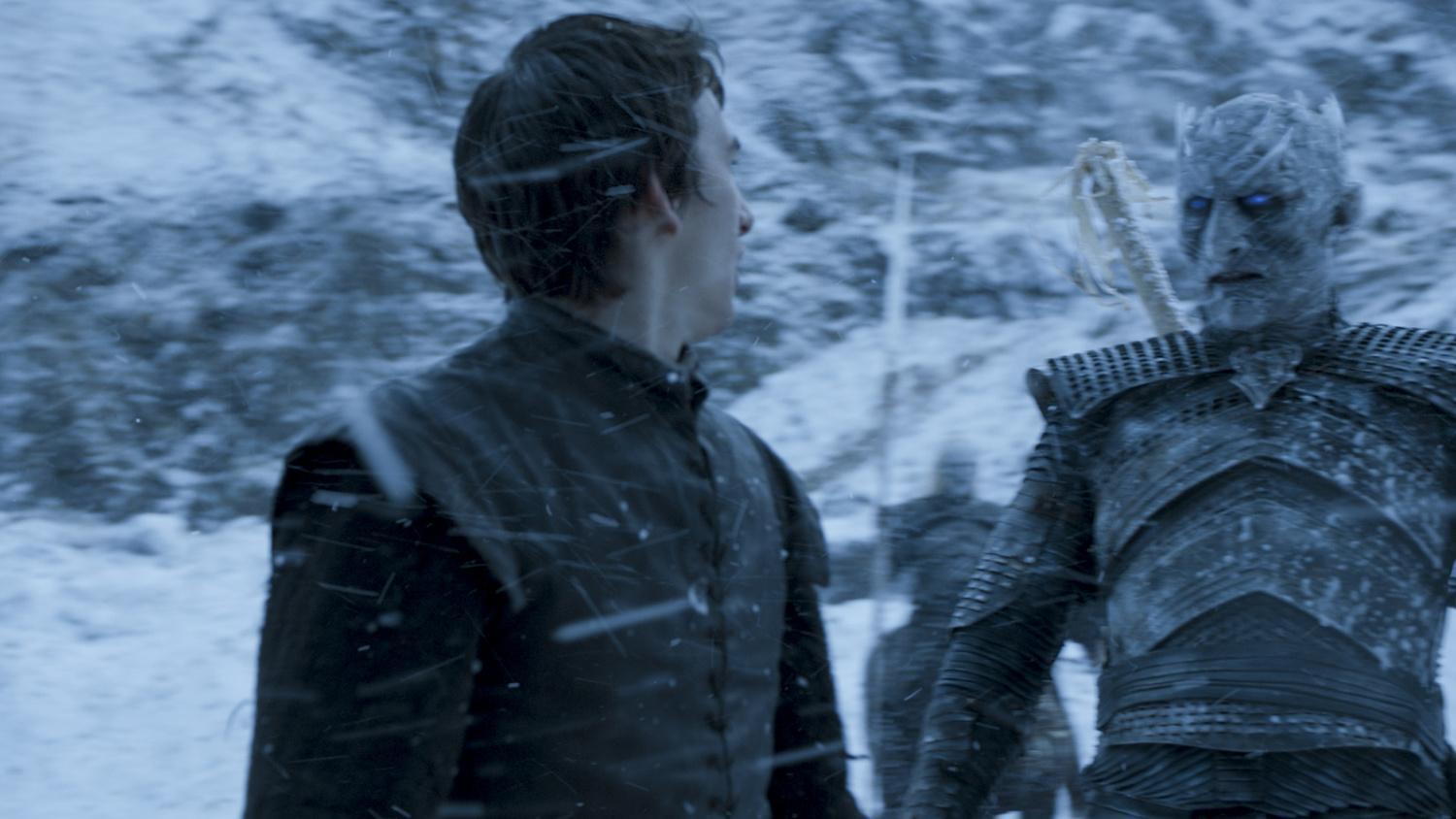 Tyrion seeks a strange ally. Bran learns a great deal. Brienne goes on a mission. Arya is given a chance to prove herself.

“The Door” is the first of Jack Bender’s two episodes this season, who is making his Thrones directorial debut. It is written by David Benioff and Dan Weiss.

Cian: I think everyone is excited to see the return of the Night’s King in this episode, who Sue recently noted is now played by stuntman Vladimir Furdik. Something else that looks like it holds significant dramatic weight is the first meeting between a more stalwart and world-weary Sansa and Littlefinger since their paths diverged at Winterfell last season.