Game of Thrones Season 5 Update: Dorne comes to Belfast and Portstewart filming rolls on | Watchers on the Wall | A Game of Thrones Community for Breaking News, Casting, and Commentary

Filming for Game of Thrones season 5 is heating up as locals in the town of Portstewart, Northern Ireland, are spotting production crews around the Strand this week.

With filming expected to continue until August 11th, there should be many more sightings to come. Residents of the area have taken a few photos as they happened upon the set, in the past couple days.

Actors from the show have been spotted on set, and the descriptions contain spoilers so proceed with caution!

One passer-by snapped a closer pic of the trucks and horse trailers:

Game of thrones setting up for some filming – wonder if they need any ovine extras? @GameOfThrones pic.twitter.com/IZFPmSMVxJ

Another spotted some almost-familiar figures. Nikolaj Coster-Waldau was seen in Portstewart a few days ago, and it appears his stunt double is now stepping in to work on the scene.

The reference to Jon Snow is curious, given what we know of Jon’s story, and I’m wondering if the person mistook another dark-haired person for the Snow double, or if Snow’s double was just doing another character’s stunts.

I was up at Portstewart Strand today and managed to watch some of the filming. John Snow and the Knisguard are NOT there. It looks they will be filming in at least 3 locations. The part I saw was in the dune system. Jamie Lannister and Bronn were present with stunt doubles in matching clothes. Bronns usual attire and Jamie wearing a purple leather riding jacket opened. They were accompanied by 6 unarmoured guards, who I presume to be Dornish. The uniforms have me confused as not sure I recognise them. They were yellow/gold with brown patterning through them. They are long gown to the knee and an attached like turban. Their spears are quite exotic and similar to that used by Prince Oberyn. No helmets. They also have 4 dressed horses. The scene that I saw was Bronn (the actor himself) pulling a sword from the sand and spinning to duel with an oncoming soldier on horse with a spear. They also have 2 boats, one old looking row boat and a rib (for film crew I guess) They had guys in wetsuits planning something today, I presume for future filming. They also had 3 people on horses doing some sort of rehearsing by riding into the sea and looking out or something but again no filming.

A photo of the Dornish guards RD describes has turned up on Instagram, along with another photo from the same Instagram user:

We see King’s Guard and horses

In other Game of Thrones season 5 filming news, it looks like Indira Varma is in Belfast. This photo of her hanging out with the Night’s Watch crew showed up on Twitter: 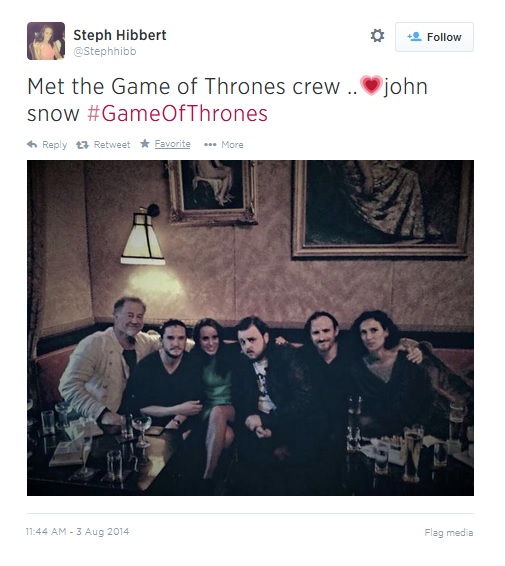 According to one of our local sources, Keisha Castle-Hughes, Jessica Henwick, and Rosabell Laurenti-Sellers are in Belfast as well and start filming their scenes this week.

Sue the Fury:  The Sand Snakes are in town! Very exciting to see Dorne coming together. And what is Jaime up to with the Kingsguard?

Update! Here are a couple more set photos taken by locals from today’s filming that Cian uncovered on Twitter: 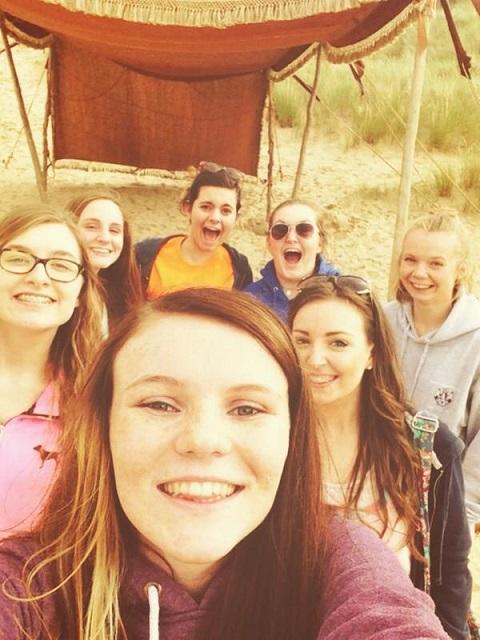 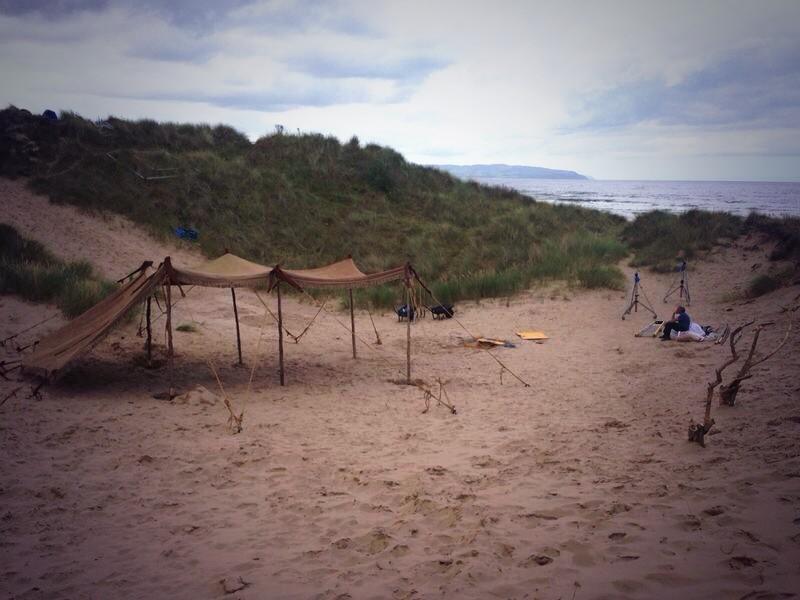