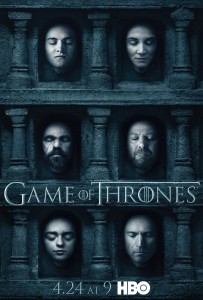 Episode titles for the remaining episodes of Game of Thrones season 6 have surfaced on the internet today. The titles are unconfirmed and were not published by HBO, so take these with a grain of salt until we’re able to get a confirmation or a denial.

According to SpoilerTV, who gleaned the info from a Sky network website, the following titles cover the rest of the season. They’re in German, naturally, but we’ve translated the listed titles.

We’ve put out feelers to sources to try and verify if these titles are correct. Though Sky networks air Game of Thrones overseas, they are not HBO and don’t automatically have all their information, and overseas networks/providers have made mistakes before. To be blunt, I’d be surprised if these were entirely legit, in part because the titles fall so exactly in line with fan predictions. Often that signifies the provider has picked up on a fake or fan list online and mistaken it for the real thing. It would also be shocking and a little questionable of the show to use the name of George R.R. Martin’s next book before he has even published it. If it turns out to be correct, it certainly is a gutsy move, and hints at alarming things for the season finale.

We’ll keep our ears open and let you know if we hear anything!