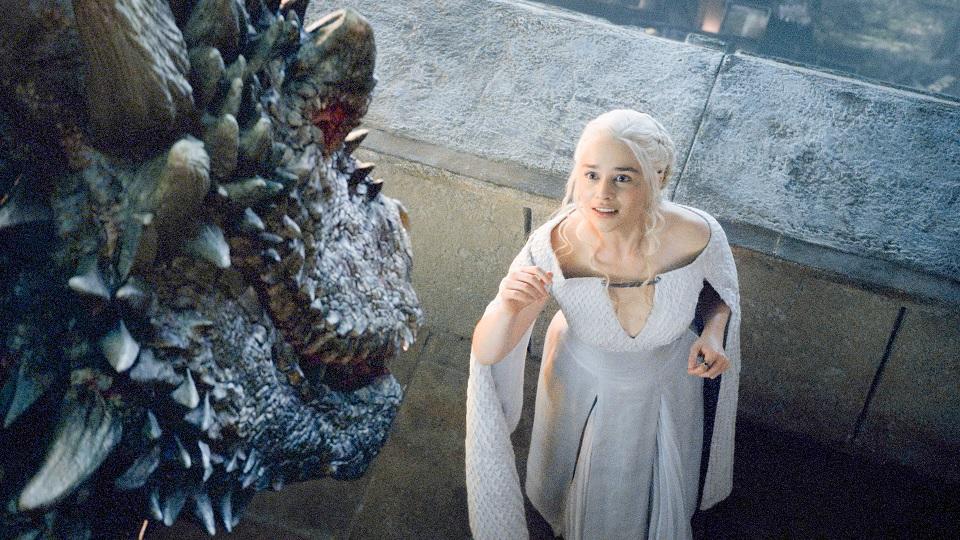 You may have noticed George R. R. Martin is doing quite a lot of press lately, with the publication of Fire & Blood, his first volume on the history of House Targaryen. In a few of these interviews, he’s been more forthcoming than usual, revealing the upcoming prequel will be set later in the timeline than we originally thought, and suggesting that Aegon the Conqueror might have been preparing for the White Walkers all along.

EW‘s interview with Martin about the just released Fire & Blood is a wonderful read throughout, but it’s the prequel talk that got our attention the most. When asked about how different Westeros will look in the spin-off, reported to take place 10,000 before Game of Thrones, Martin begins by clarifying we shouldn’t take that date as gospel:

So there you have it! Showrunner Jane Goldman’s Long Night-set prequel will take place a mere five millennia before our main story. Getting back to the question, though, Martin agrees Westeros will look quite different: “There’s no King’s Landing. There’s no Iron Throne. There are no Targaryens — Valyria has hardly begun to rise yet with its dragons and the great empire that it built. We’re dealing with a different and older world and hopefully that will be part of the fun of the series.” As for Goldman, Martin is full of praise: “[She] is a tremendous talent. She flew into Santa Fe and we spent a week talking about her ideas. She’s going into territory that I haven’t explored very much in the books. I’ve hinted about them. But she’s a major writer, I love her work.”

The interview’s got a few exciting tidbits for book readers as well, such as Martin admitting they may find more than a Targaryen retrospective in Fire & Blood—they may get hints as to the future of A Song of Ice and Fire that he says are “definitely important”, though of course he isn’t eager to share what they are: “I’m not going to flag them. Readers will have to find them and puzzle out whether they’re hints or red herrings.”

In the same vein, on the video above, exclusively published on Esquire, Martin lends credence to a popular theory about Aegon the Conqueror’s reason for taking Westeros and uniting it under his banner: “There is a lot of speculation that in some sense he saw what was coming 300 years later, and wanted to unify the Seven Kingdoms to be better prepared for the threat that he eventually saw coming from the north—the threat that we are dealing with in A Song of Ice and Fire,” Martin coyly suggests.

So, did Aegon the Conqueror see the White Walkers coming?