Game of Thrones Post-Mortem of “Battle of the Bastards" | Watchers on the Wall | A Game of Thrones Community for Breaking News, Casting, and Commentary 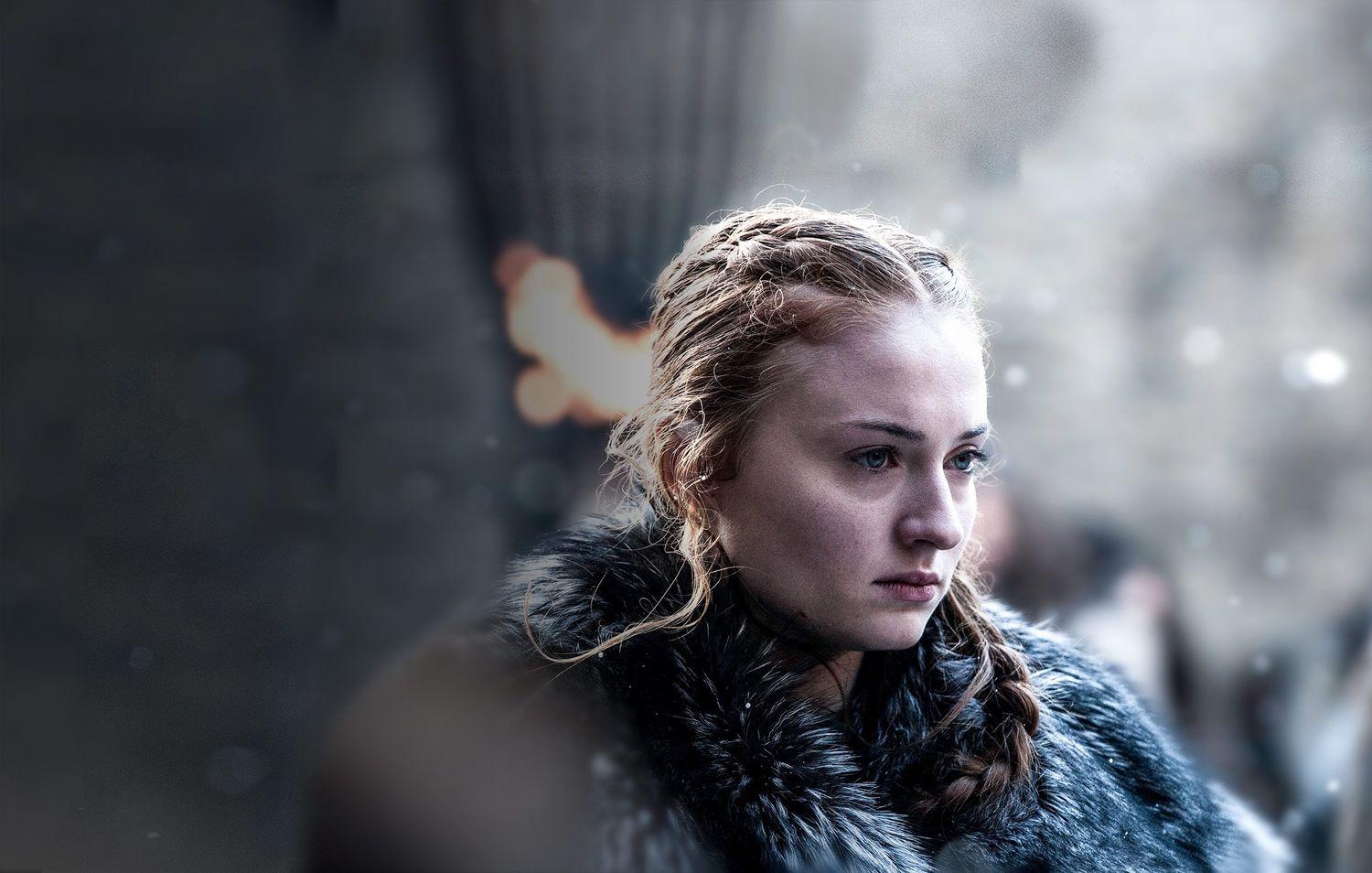 Last night, the “Battle of the Bastards” finally went down and this newest episode of Game of Thrones has fans talking about the major developments and jaw-dropping battle sequence. Here are the highlights of today’s new interviews and videos, digging deeper into the episode.

Sophie Turner talks to Entertainment Weekly about Sansa’s face-off with Ramsay Bolton, and the lasting effect the man had on her. She tells EW, “He just gets under her skin, and he violated her in such a terrible way. He’s imprinted on her, mentally and physically. She can never get that part of her back again.”

More (and spoilers galore!) under the cut:

“I really loved the idea of the Battle of the Bastards,” Turner says. “And I was loving the idea of Jon killing Ramsay. But then I was like, no, Sansa needs her first kill and it has to be Ramsay. No one else but her. And when he basically says, ‘He’s yours.’ I’m like, ‘Yes!’ She leaves him for dead, walks away doesn’t even watch him die. It’s such a great scene, so well written, and it’s so great to be able to have my first kill.”

Iwan Rheon speaks to EW as well about the episode and Ramsay’s death after the battle. Though he hadn’t filmed the scene as of the time of the interview (done last fall), he’d read it. He told EW, “I think it was great. It’s a good scene. It leaves Sansa in an interesting place as a character, because he’s saying, ‘I’m inside you now.’ [He shudders] It’s horrible, and I think he probably has done some damage. He’s gotten in her head. But I think it’s nice too, because it’s such a great scene to go out on.”

The actor discusses the ironic similarities and differences between his character and his opponent last night. Rheon tells EW, “Anyone who has asked me, ‘Who would you like Ramsay to meet?’ my answer has always been ‘Jon Snow.’ He’s the antithesis of Ramsay. They’re almost a yin and a yang. They both come from such a similar place yet they’re so different. And even though they’re enemies, they’ve both risen so far as bastards, which is almost incomprehensible, and now they’re both here facing each other. They couldn’t be any more different, yet more similar.” 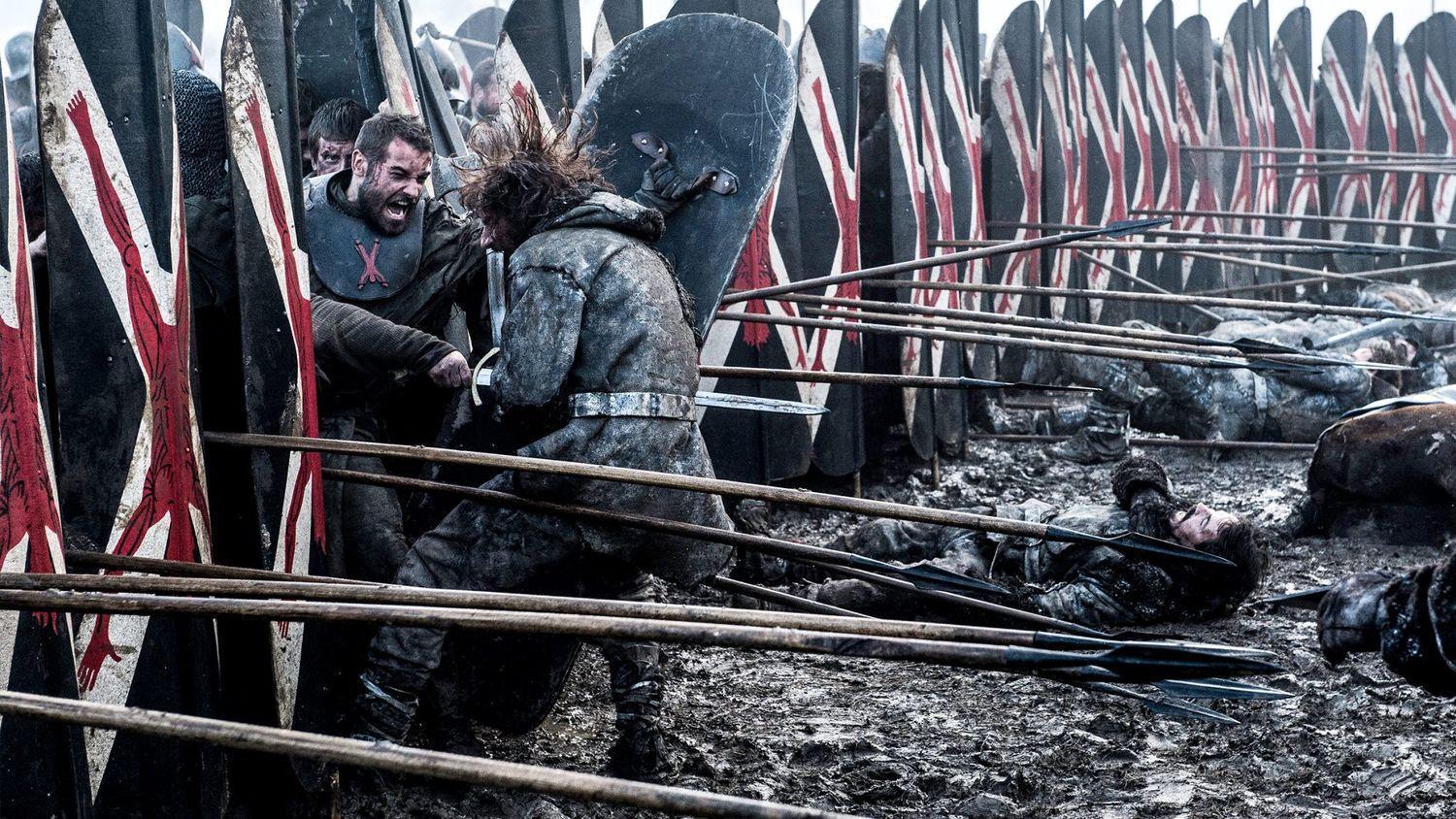 Another great interview discussing the new episode is EW’s talk with “Battle of the Bastards” director Miguel Sapochnik. The director says he studied “every pitch field battle” he could find and used Akira Kurosawa’s classic RAN as a major reference to create the battle.

Sapochnik tells EW also, “Initially we based [Battle of the Bastards] on the battle of Agincourt which took place between the French and English in 1415. But as needs changed, as did budgets, it became more like the battle of Cannae between the Romans and Hannibal in 216 BC. The strategy and tactical aspect was a key thing for David and Dan. They wanted to specifically focus on that so that we could really see the way Ramsay ensnares and outguns Jon in the almost exactly the way the same way Davos had planned to defeat the Bolton army.”

Sapochnik confirms that Jon was the true target of Ramsay’s game with Rickon. “In the scenes leading up to the battle Sansa warns Jon not to fall for Ramsay’s tricks, which is exactly what he does. Rickon’s death is all just a ploy to bait Jon, and it’s incredibly successful,” he explains.

Check out the rest of the thorough and interesting interview over at Entertainment Weekly!

In Anatomy of a Scene: The Battle for Winterfell, David Benioff, D.B.Weiss, director Miguel Sapochnik, Kit Harington, Iwan Rheon, Sophie Turner, Dean S. Jagger and many more people discuss the staging and filming the battle, the use of the horses, how much VFX was used, and Ramsay’s beatdown in “Battle of the Bastards.”

David Benioff and D.B. Weiss discuss Tyrion and Daenerys’s reunion scene, their choices for the big battle and the decision to finish at Winterfell itself, and Ramsay’s fitting end.

Gemma Whelan and Emilia Clarke discuss the meeting of the new generation of queens, with Clarke suggesting “Get rid of Daario, bring on the ladies.”