'Game of Thrones' pop-up bar comes to Chicago, and Kit Harington uses emojis to describe the end of the show | Watchers on the Wall | A Game of Thrones Community for Breaking News, Casting, and Commentary 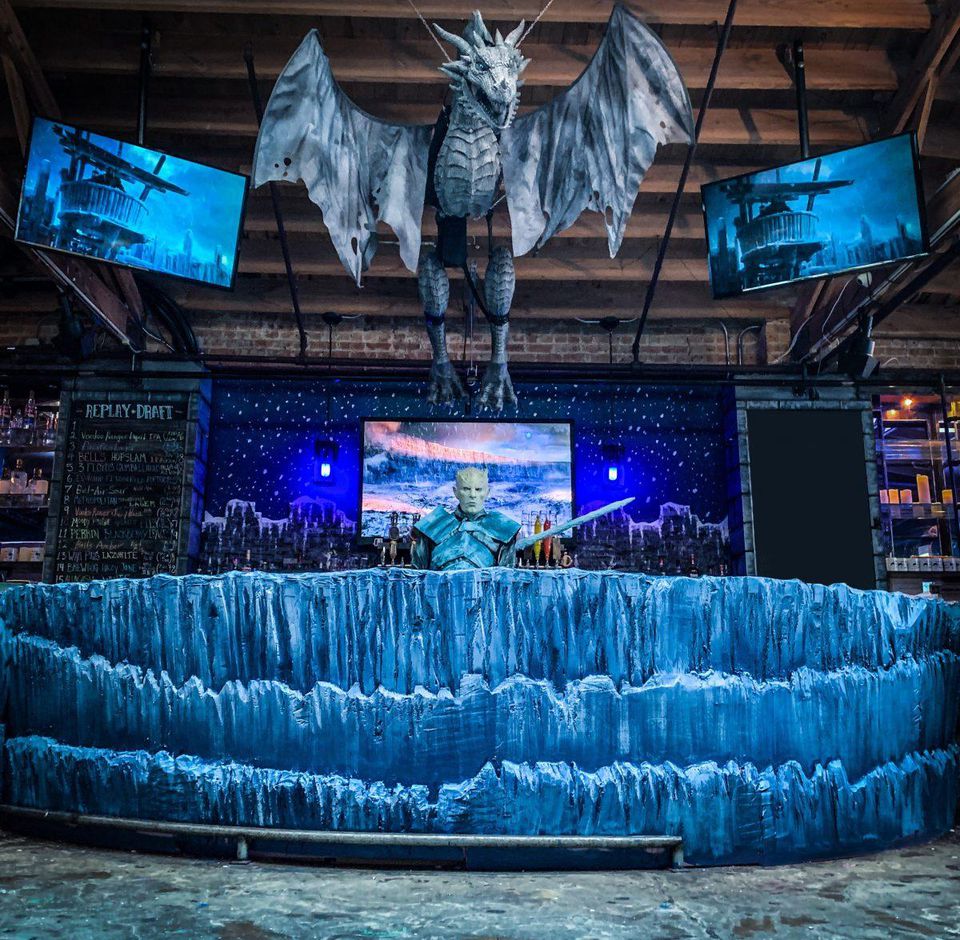 I’ll drink with a dragon any day. Photo courtesy of Replay Lincoln Park.

Things are starting to thaw a tiny bit, but with its frozen river and arctic temperatures, Chicago is still looking uncomfortably similar to Westeros during the fabled Long Night. Ironically, that’s perfect marketing for the Game of Thrones pop-up bar that opened yesterday in the city’s Replay Lincoln Park.

Acording to an exclusive article in Forbes, the space features areas designed to look like different locations from both Westeros and Essos — you can go from Highgarden to a Dothraki camp to Winterfell, just to name a few — along with themed drinks, highly detailed décor and a life-sized dragon (!).

The bar is a bit of a passion project for its creators, The Pop Up Squad, who are fans of the series. According to Squad member and artist Raquel Hung, that was a driving force behind creating a space that was as immersive and enjoyable as possible. 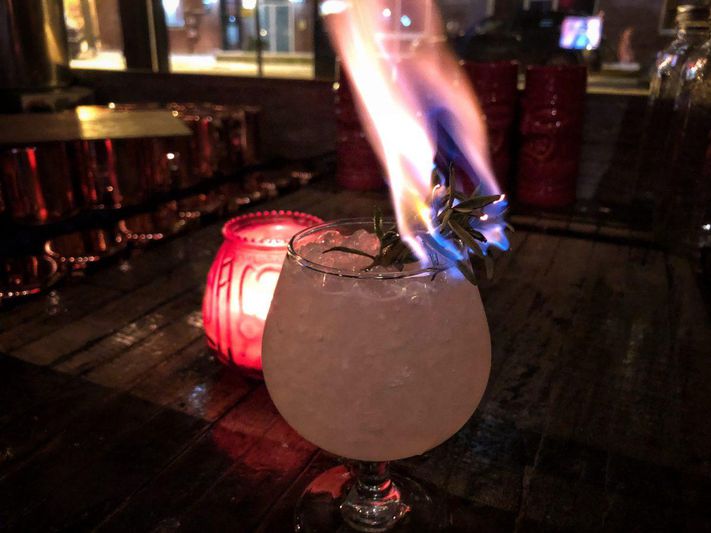 Did Thoros of Myr order this? Photo courtesy of Replay Lincoln Park.

“With this pop-up in particular, we were really trying to transform the space so people will feel like they’ve stumbled upon a fantastical world where they can escape the cold, hang out with a life-size dragon, and grab a couple drinks,” she said.

Elsewhere in the realm, Kit Harington was a guest on KISS FM UK’s Breakfast Show with Tom & Daisy, and the titular hosts were trying to get Jon Snow to spill Season 8 info using nothing but emojis. Jon Snow + emojis…sno-mojis? Snojis? We’ll come back to this.

For anyone hoping for juicy details, however, you’ll be disappointed — Harington seemed determined to use the most nonsensical emojis he could find. The answer to “Will Jon Snow and Daenerys have a baby” was a duck emoji, while “Is Tyrion a secret Targaryen” was met with an emoji of a giant tooth. It’s a short clip, but worth a giggle.

Not that you need it, but just a reminder that Season 8 premieres on April 14th!