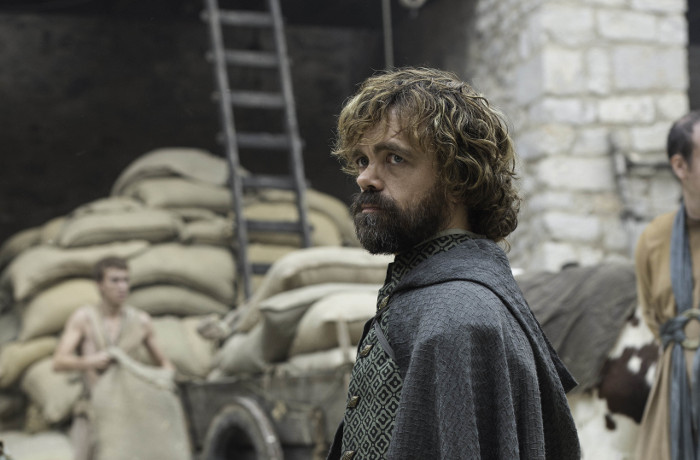 Game of Thrones is starting off awards season in a great way this year, and we can add the SAG Awards to the list of things to be excited about, now. The nominations for the 23rd Annual Screen Actor Guild Awards were announced today, and GoT and one of its stars has once again made the cut!

Perennial SAG nominee Peter Dinklage will once again represent Game of Thrones in the category of Outstanding Performance by a Male Actor in a Drama Series. He’s never won in the category, but perhaps this will be his year?

There will be some incredibly tough competition for him this year. The other nominees include Sterling K. Brown of This Is Us, John Lithgow who has been wowing people as Winston Churchill in The Crown, recent Emmy winner Rami Malek of Mr. Robot, and Kevin Spacey, a longtime favorite for House of Cards.

There’s good news for the whole cast this fine day, though. Game of Thrones is up for the award for Outstanding Performance by an Ensemble in a Drama Series. The cast will face off against the casts of The Crown, Downton Abbey, Stranger Things, and Westworld.

As always, the nomination is dependent upon the number of episode appearances in the season which is why you may not see some familiar names like Natalie Dormer, John Bradley, Hannah Murray, or Diana Rigg included in the list.

And of course, this year, the incredible stunt crew of Game of Thrones is nominated for Outstanding Action Performance by a Stunt Ensemble in a Comedy or Drama Series. GoT has won the Stunt Award several years running. Can they pull it off again? With the epic work on “Battle of the Bastards,” it seems likely, but you can’t take anything for granted where there are shows like Daredevil, Luke Cage, The Walking Dead, and Westworld aiming for the prize too.

The awards will be given out in the live ceremony on January 29th, so tune in to TNT and TBS at 8PM ET/ 5PM PT to root for Game of Thrones!