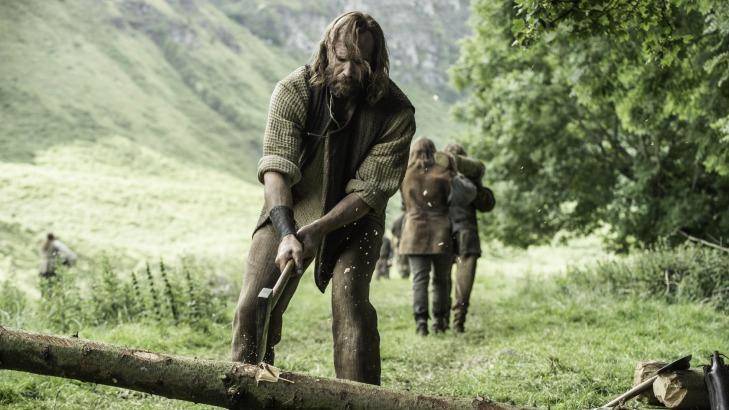 “The Broken Man” may well be my favorite episode in season 6. Though it lacks the grandeur of “Battle of the Bastards” or the revelations of “The Winds of Winter,” it’s full of meaningful character interactions, interesting book deviations and some of the most beautiful, underappreciated score moments Ramin Djawadi has composed for the show.

From its cold open, “The Broken Man” makes clear that it has something special in store for us. As disconcerting as it is not to hear the buzz of the HBO logo followed by the main theme, it’s effective in getting our attention. According to Bryan Cogman on the audio commentary track, the decision to breach tradition was made for practical reasons: Rory’s inclusion in the credits would have spoiled the Hound’s return. Still, the deviation from form serves the tone. Even as the camera pans across small folk building a sept and an uncharacteristically serene rendition of the main theme swells, we know something really important is about to happen. And then we see it: a crippled man carrying a massive log over his shoulder single-handedly. Even the most casual viewer can guess who he is by the time he turns around.

We’re then introduced to Brother Ray, an amalgamation of the Elder Brother and Septon Meribald from A Feast for Crows who uses his own fast-and-loose take on the Faith of the Seven to create a peaceful community. From there we hop on down to King’s Landing where a far less loving interpretation of the same religion has forced Margery to play brainwashed for her own survival. 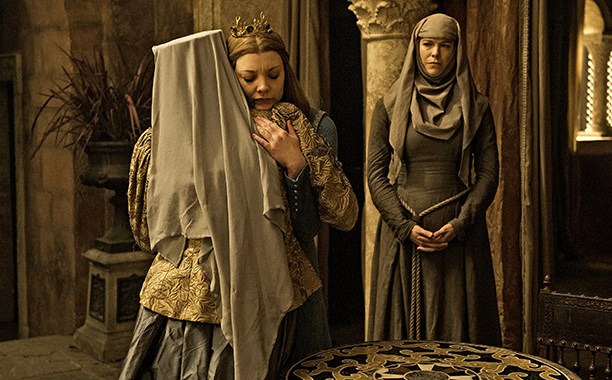 Can I just say that Margery really deserves a round of applause for her chameleon skills at this point? First Joffrey, then Tommen and now the High Sparrow (I’m not counting Renly. She was honest with Renly). This woman will do and say whatever it takes to get by … or, in this case, to protect the ones she loves, as we see Margery smuggle her grandmother a doodle of the Tyrell rose to convince her to leave King’s Landing. At the time it seemed like a minor plot point but this little act of Margery’s is what saves Olenna from Cersei’s wildfire in “The Winds of Winter.” With all that in mind, Margery’s slight break in character as she hugs her grandma for the last time is a truly painful thing to watch.

Meanwhile, up North, Jon and Sansa struggle to find supporters to take back Winterfell. Davos helps them win over fan-favorite Lyanna Mormont, the Lady of Bear Island, who, at the age of 10, has already mastered balancing callousness, wisdom and heart better than most of the grown-ups. If she set her eyes on the Iron Throne, the Night King himself might rethink his strategy. 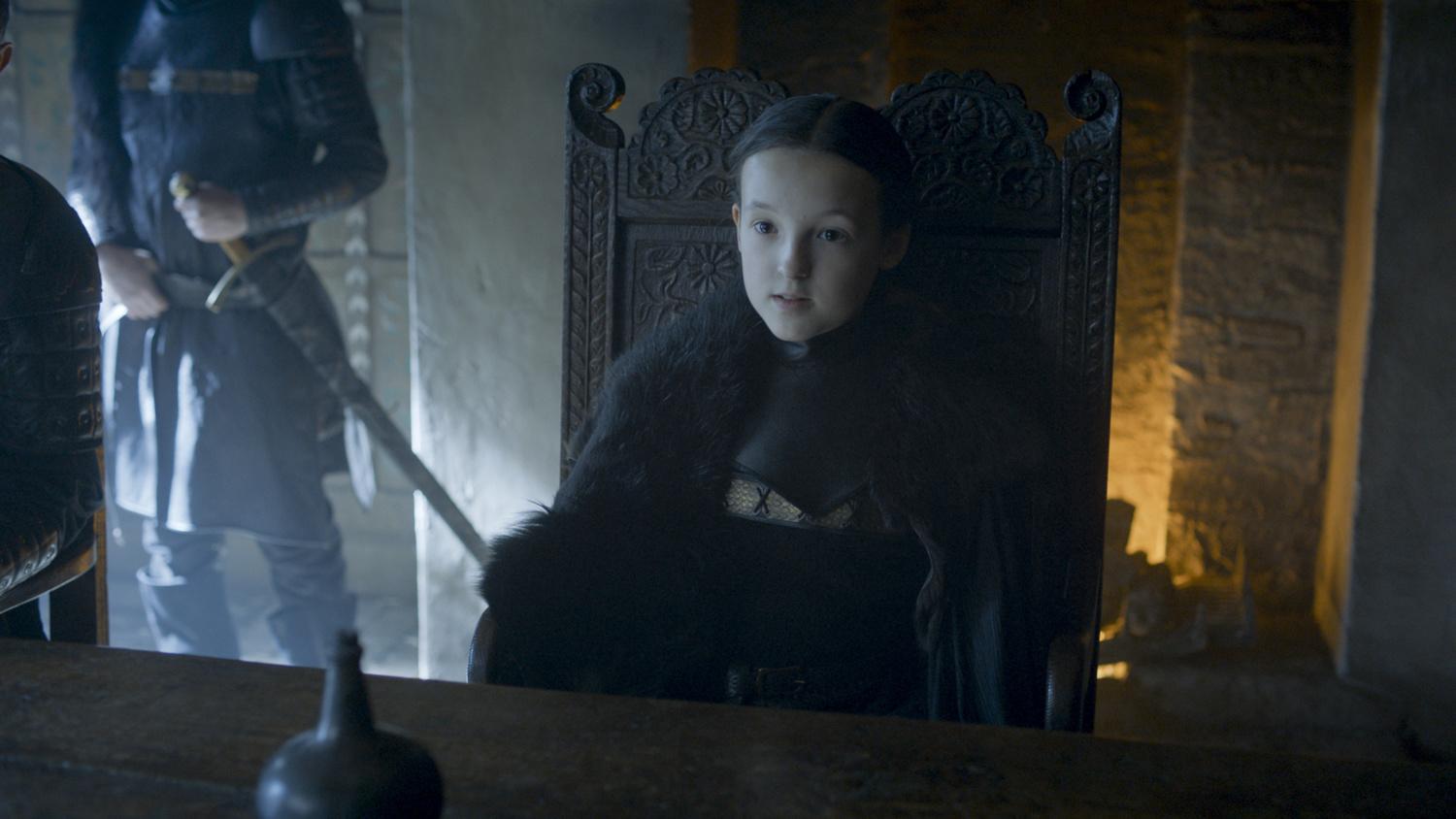 Alas, House Mormont is one of the only Northern Houses to raise its banners to Jon and Sansa’s cause. Some fans have criticized the show’s omission of Northern Loyalty, a devotion to House Stark so unshakable it might be the basis of a Grand Conspiracy in the books. I find its absence refreshing.

Sure, it makes sense from a sociological perspective that a culture in such an unforgiving climate would value community above all else, but it runs counter to the idea that devotion must be earned through merit in A Song of Ice and Fire and Game of Thrones, not identity. One of the major appeals of Game of Thrones in its early days was that Westeros had no House Slytherin or Hobbiton, no surnames or club memberships by which to determine a characters’ value. The notion that the Starks deserve loyalty just for being Starks has always rubbed me the wrong way. Thus it is with some schadenfreude that I watch Lord Glover refuse Jon and Sansa’s call. He justifies his decision by pointing out that, hey, it was House Bolton, not House Stark that recaptured Deepwood Motte from the Ironborn (an interesting perspective shift on the similar Moat Cailin subplot from season 4). So, that’s where his loyalties belong, now.

An ironic bar of the Winterfell theme plays Lord Glover out as he turns his back, both literally and figuratively on House Stark.

From there we cut to Volantis where Theon and Yara have a much-needed, alcohol-fueled heart to heart in a brothel. A lot of people had a problem with Yara’s, eh, Ironborn brand of therapy in this scene

Though it was nice to have the internet rise up in Theon’s defense for a change, I must admit my feelings on the scene remain mixed. I don’t mind the harshness of Yara’s pep talk. We’re reminded twice in this episode that the Ironborn are brutal, once by Glover and again by a sailor in Braavos. Yara’s approach to counseling her brother through PTSD would be ale and an ultimatum. Anything less than that would be out of character. The part I take issue with is that the catalyst for Yara’s “get busy living or get busy dying” speech isn’t that Theon’s instability threatens her chances of securing a pact with Daenerys or rattles her military focus but that her castrated brother is uncomfortable in a brothel.

All that said, this is still one of my favorite scenes in season 6. Greyjoy biases set aside, the music cue when Theon nods and Yara kisses his forehead is my favorite rendition of the Greyjoy theme to date:

Furthermore, I appreciate that Game of Thrones took time to acknowledge that Theon’s trauma didn’t end when he snapped out of Reek mode. I love that final close up of Theon twitching after Yara leaves him, an indication that, yeah, he’s making progress but he’s still got a long way to go. 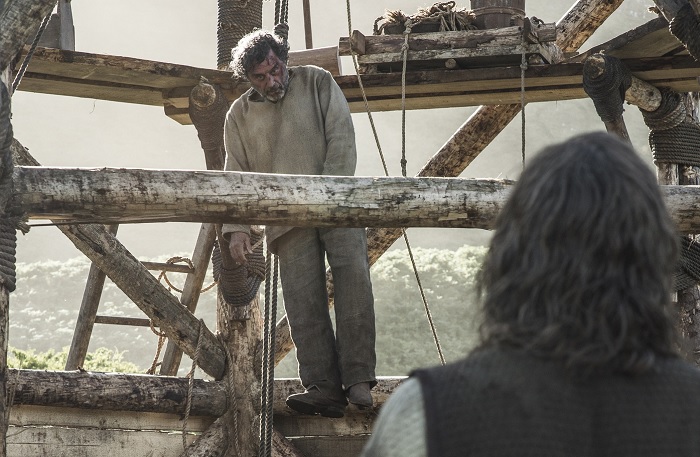 Sandor Clegane’s storyline bookends the episode as rogue members of the Brothers Without Banners massacre Sandor’s makeshift family and hang Brother Ray. It’s a grim twist on the Quiet Isle storyline in A Feast for Crows in which the Gravedigger, whoever he is canonically, the Elder Brother and their fellow monks continue to live in peace, away from the ceaseless violence that defines most of Westeros. Brother Ray’s community represented the same thing yet it was destroyed and I totally understand why some felt that this was a gross mishandling of A Feast for Crows‘ thesis statement on violence.

Yet, I choose to hold out hope that show!Sandor’s unresolved story has an amazing and equally satisfying conclusion in store. The Gravedigger may have found peace but this Sandor Clegane hasn’t yet and as he grabs his axe in the final shot of the episode, we are reminded of Brother Ray’s words, “the gods aren’t done with you yet.”

“I wonder if you’re the worst person I’ve ever met. At a certain age it’s hard to recall but the truly vile do stand out through the years” – Olenna Tyrell

Brother Ray’s sermon bears some resemblance to one of the most famous monologues in ASOIAF, most commonly referred to as the “Broken Man Speech.” There are plenty of readings of it online but this one is my favorite. Grab the tissues.

Beautiful Death for The Broken Man, by Robert M. Ball 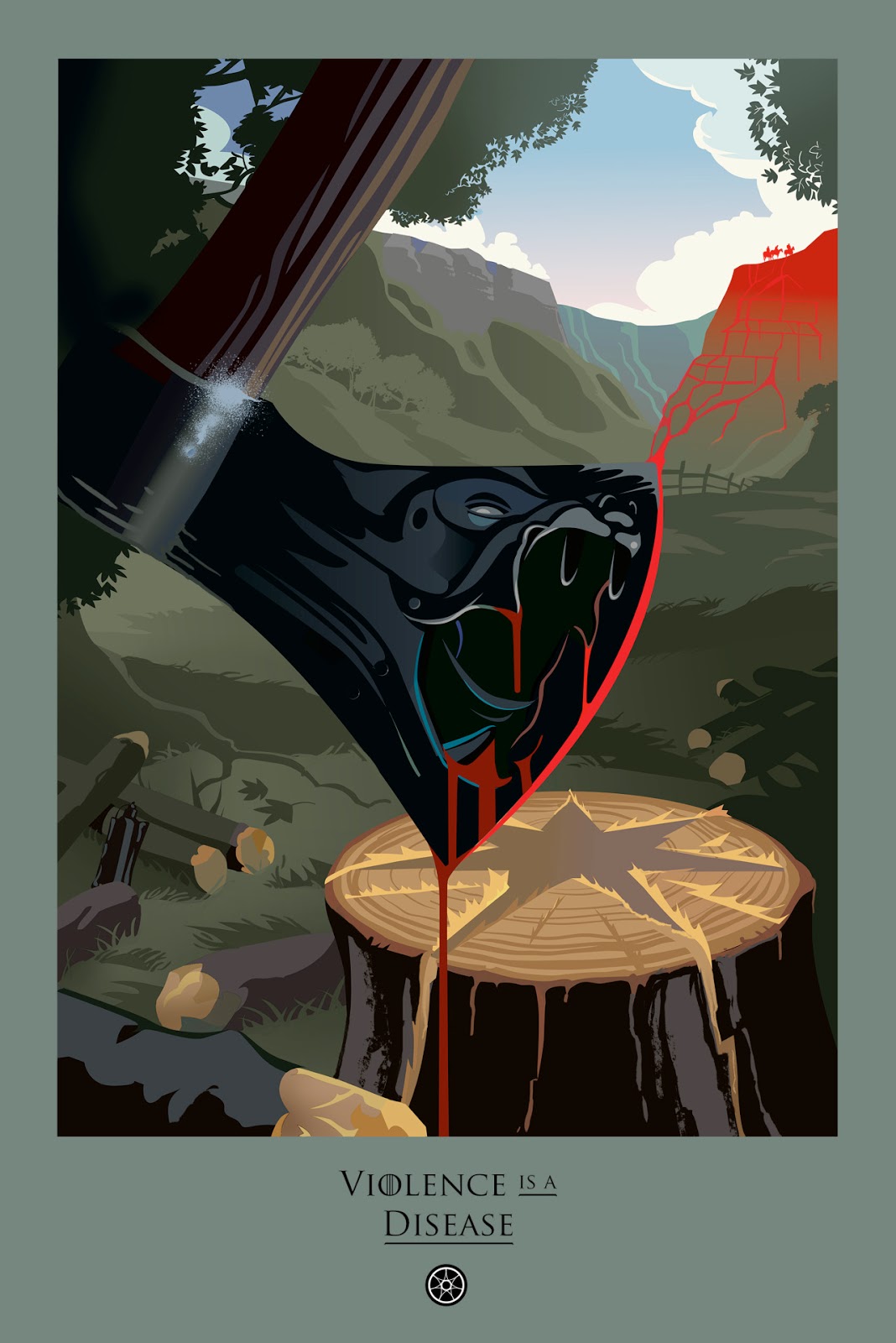