Game of Thrones makes HBO & TV history with its series finale viewership figures | Watchers on the Wall | A Game of Thrones Community for Breaking News, Casting, and Commentary 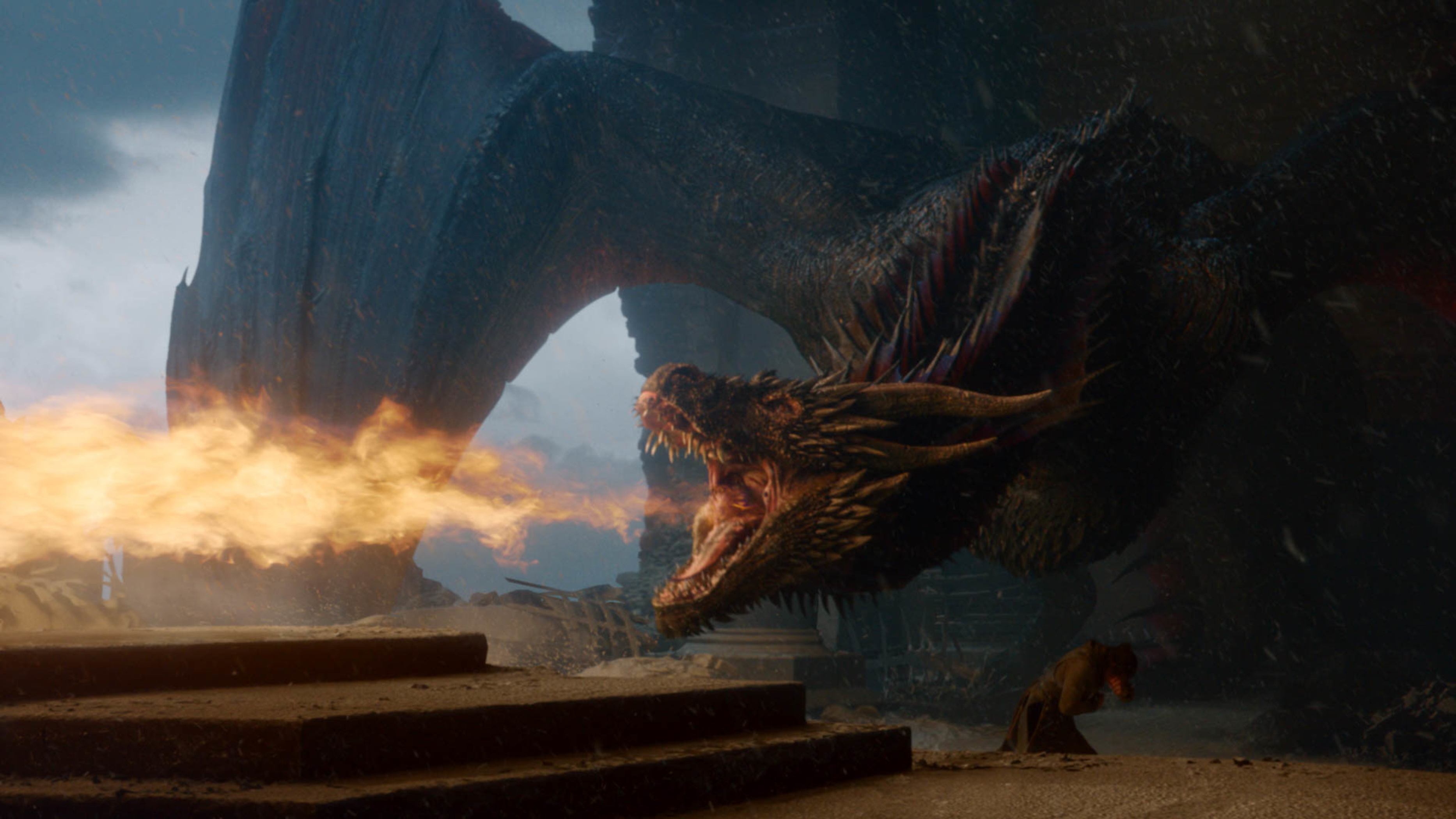 This incredible show made TV history throughout its run, and of course it couldn’t be any other way for the finale, with these truly astounding viewership figures…

Game of Thrones went out with a bang, breaking the record yet again with 13.6 million viewers during HBO’s first US airing, according to The Hollywood Reporter. 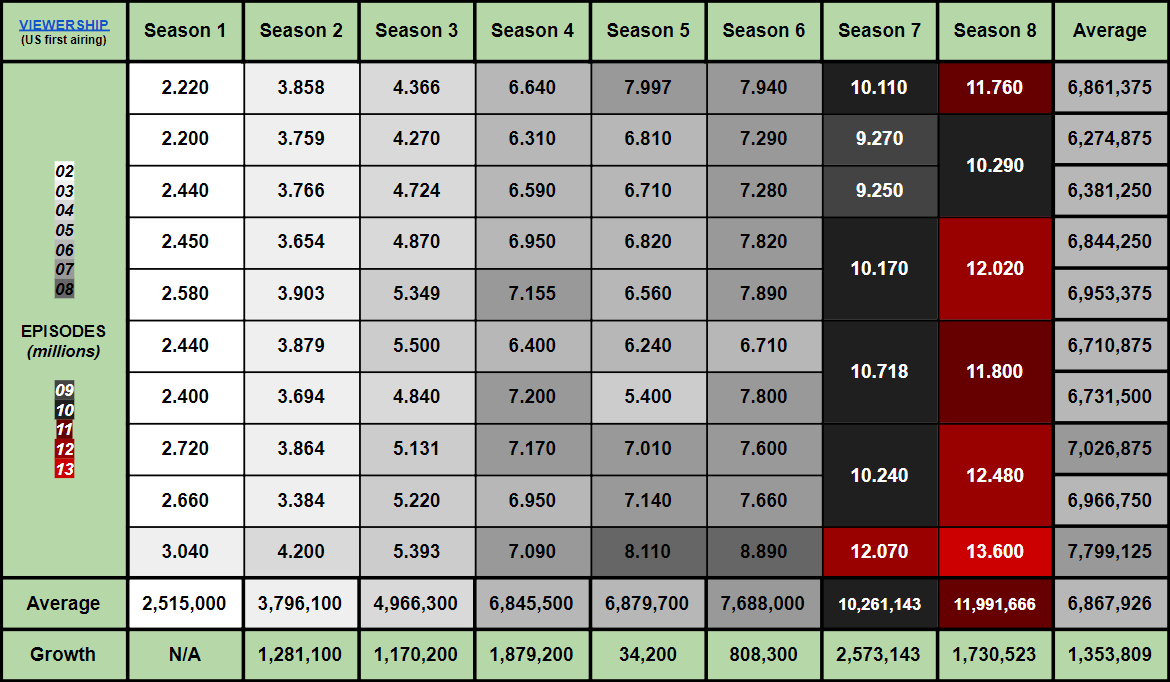 With its astounding 13.6 million figure, “The Iron Throne” dethrones, or melts the throne of (if you want to get cheeky), the preceding episode “The Bells,” whose 12.48 million had in turn just narrowly beaten the 12.07 million of season seven finale, “The Dragon and the Wolf”. Just as it should, the series finale towers over both, as you can clearly see: 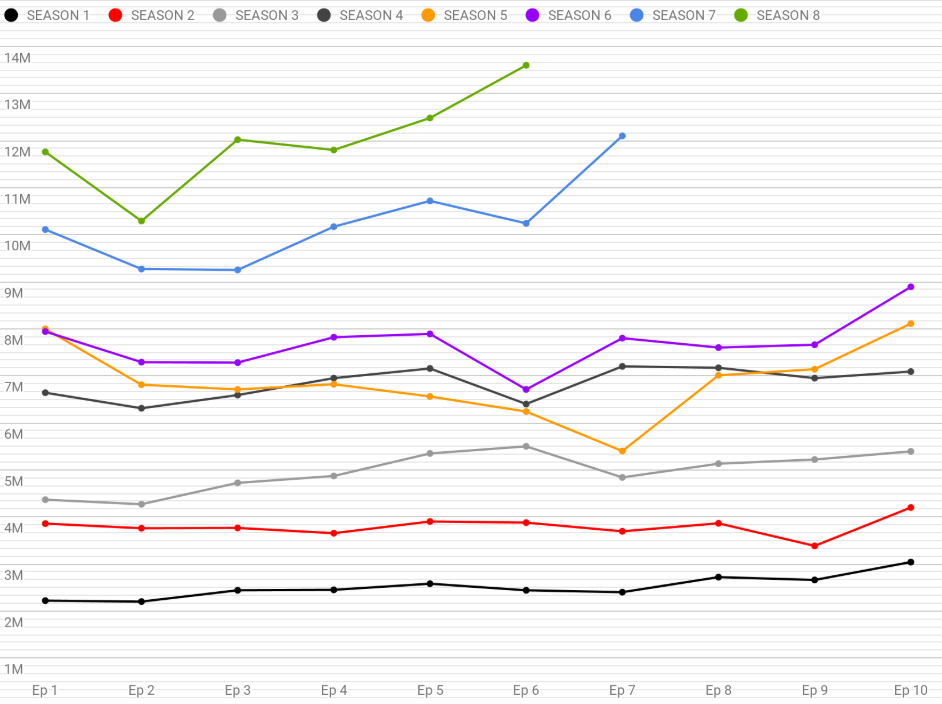 Accounting for overnight airings on HBO and streaming on HBO Go and HBO Now, it should go without saying that, with a mind-numbing 19.3 million viewers, “The Iron Throne” also breaks the 18.4 million record earned and lost in one week by “The Bells.” Five of the six episodes this season make up the top five most-watched episodes in Game of Thrones history, going by this expanded overnight and streaming metric.

In comparison with other HBO shows, none other has maintained this constant upwards trajectory, let alone reached its heights, as shown by this first airings chart helpfully provided by my esteemed predecessor as the “Watchers ratings guy”, Hear Marko Roar:

That’s it, folks. The end of an era not only of storytelling but of appointment television. Unfortunately for HBO, I can’t see any of their shows doing these numbers again any time soon. Nevertheless, rest assured we’ll be back with our usual ratings analyses when and if Jane Goldman’s Game of Thrones prequel pilot gets picked up to series.

So this isn’t, in fact, goodbye. I think I’ll go out with this instead: See ya!