Game of Thrones Live Concert Experience going on tour! | Watchers on the Wall | A Game of Thrones Community for Breaking News, Casting, and Commentary 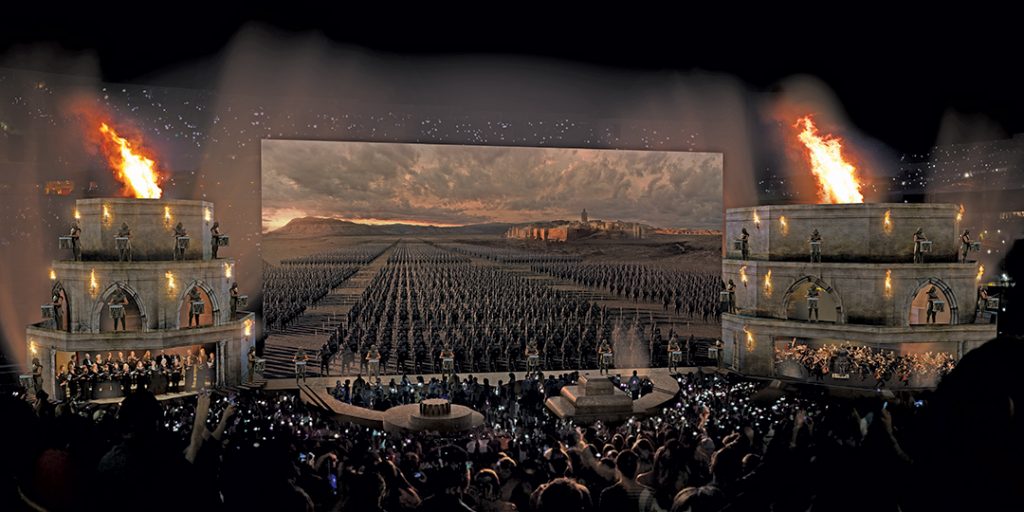 Last week, we posted information regarding the Game of Thrones Live Concert Experience that took place today at the Hollywood Palladium in Los Angeles.

At the event, it was announced that the “Experience” itself will not just be for those of you in southern California, but will embark on a North American Tour beginning in February of 2017 and will feature composer Ramin Djawadi.

More information from HBO including a program description along with dates, venues and the HBO fan code below the cut…

HBO has provided us with more info regarding the tour…

The concert is described as “an immersive music and visual experience that will bring the Seven Kingdoms to life on a scale never seen before. Using state-of-the-art technology, Game of Thrones composer Ramin Djawadi, along with a full orchestra and choir, will take fans on a musical journey through the realm – from King’s Landing to Winterfell, along the northern stretches of the Kingsroad to The Wall and across the Narrow Sea to Braavos, Meereen and beyond.”

“As rich as the stories, intrigue and world of Game of Thrones, Ramin’s celebrated music for the show resonated immediately with fans as the meticulously constructed songs underscored the emotional weight of key moments between beloved characters, lent scale to massive battle sequences or brought to life songs referenced in the books.  Ramin’s relentlessly popular title track alone has become instantly recognizable as a pop culture phenomenon in its own right.  Fan enthusiasm for the music from Game of Thrones® continues to grow with each season.”

Sounds pretty damn good to me.

The dates and venues are listed below. Tickets are scheduled to become available on livenation.com on August 13 and American Express Card Members on August 10, 2016.

Update: Specific ticket prices are not yet available, but the price range on one of the venues is currently listed at US $37.00-$97.00.

Wanna meet up? Let us know if you plan on going and where you will be attending!

And may there always be music in your realm.