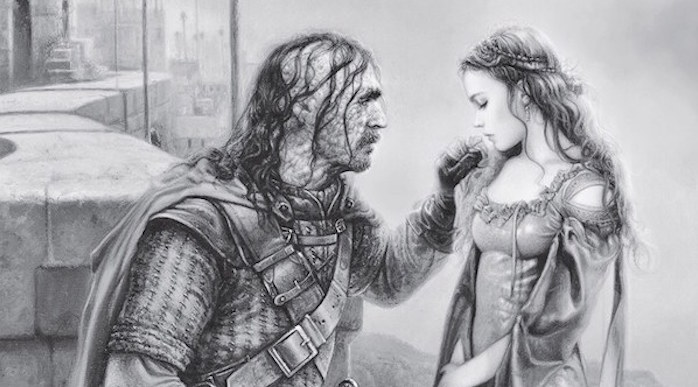 To commemorate the 20th anniversary of A Game of Thrones‘ original publication, Random House is set to release A Game of Thrones: The Illustrated Edition on October 18th. The massive tome will clock in at 896 pages long and feature 73 illustrations preceding each chapter plus eight detailed color plates. Vanity Fair has a sneak peak at some of the images, as well as some quotes from Martin’s editor Anne Groell about the process of commissioning and selecting the artwork. Check it out after the jump.

The one thing you are guaranteed to get with this book is George’s vision for many of the characters, moments and iconic imagery. Groell explains how she kept trying to get the perfect rendition of the Iron Throne, but GRRM kept rejecting her proposals:

“He finally said, ‘It’s 10 to 16 feet off the ground, with steps going up to it like a slide.’ I said, ‘O.K., nowhere in the books does it say that!’ It’s what I like to call the ‘invisible-head syndrome,’ that authors always think you can see into their head and see the vision that they’ve got. But if it’s not on the page, you’re not going to see it.”

To get a further glimpse inside George’s head, you can check out some of the images from the book here and the rest over at Vanity Fair. 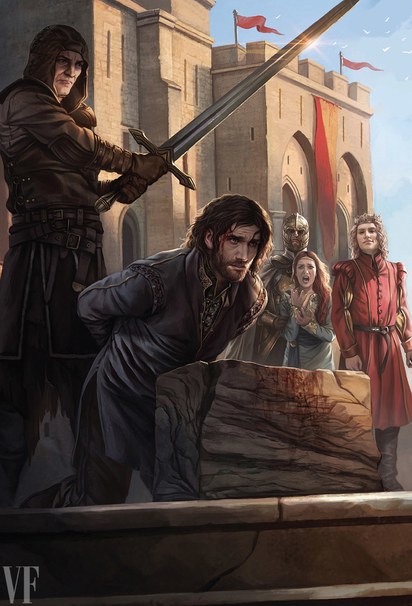 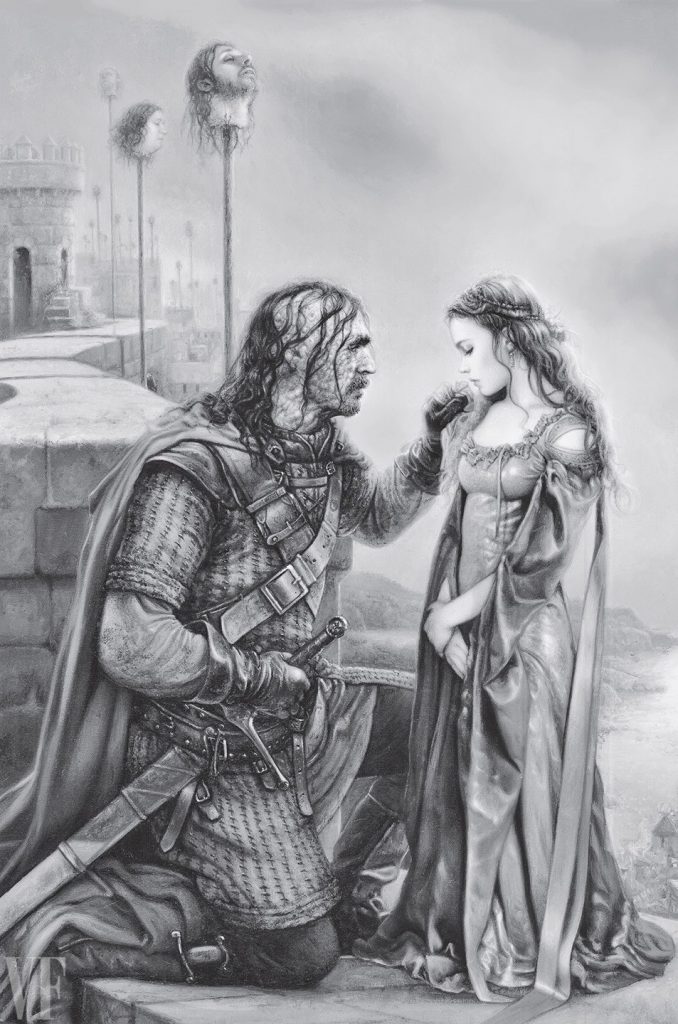 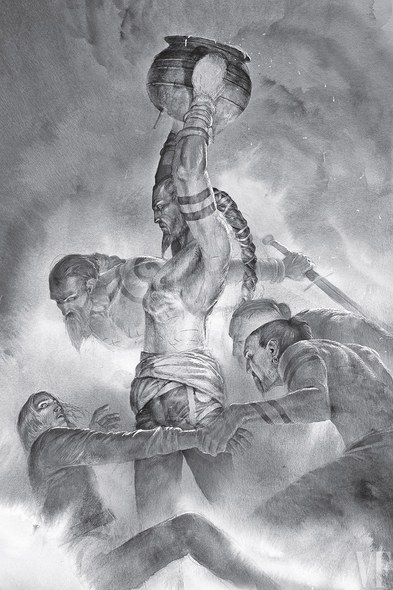