Game of Thrones filming in Portstewart continuing for another week | Watchers on the Wall | A Game of Thrones Community for Breaking News, Casting, and Commentary 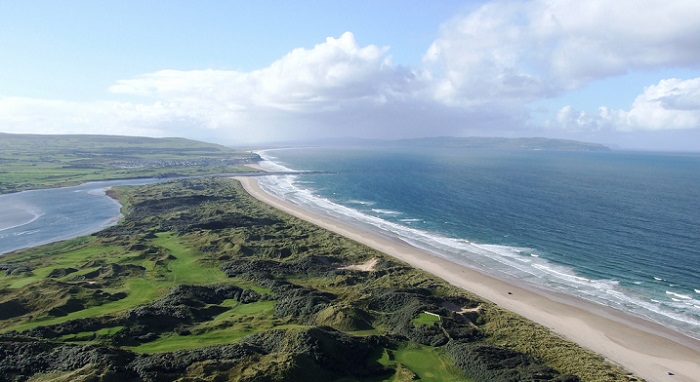 Game of Thrones season five filming is headed to the beach this week, with production members and actor Nikolaj Coster-Waldau being sighted around Portstewart Strand.  A sign was posted on site warning locals that the two-mile-long beach would be entirely off-limits for two days this week.

Today, Causeway Coast News confirmed the Game of Thrones filming, along with posting a Sean Bean GoT promo image. They alerted visitors they could expect “short term inconvenience” between August 4th and 11th, with Portstewart Strand fully reopened by the 12th. They especially noted that on the dates of August 6th and 7th, the public will have no access at all. 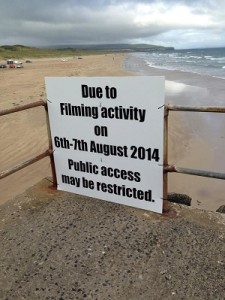 We are pleased to welcome another filming production to Portstewart Strand and expect there to be many benefits for the town and the wider north coast. As well as showcasing this amazing beach to people on a world stage, filming brings a number of economic benefits to the local town with many crew members spending time and money in the local economy.

To facilitate this opportunity, there will be some short term inconvenience to visitors who wish to access the beach between 04th and 11th August, however the site will be fully reopened by 12 August. On the 6th and 7th August there will be no public access. We hope our visitors understand the reasons for this temporary closure and we are sure they will appreciate the longer term benefits to the area.

Sue the Fury: It’s possible they may be using Portstewart Strand for more storylines than Jaime’s. Based on what the Facebook message is stating, they only need to close off portions of the two-mile long beach at points during August 4th-11th, and that’s why there are only short-term ‘inconveniences’ except for two days. We last saw Tyrion, Varys, and Arya sailing away on ships, and they need to land somewhere eventually.