Game of Thrones begins filming in Magilligan, Northern Ireland | Watchers on the Wall | A Game of Thrones Community for Breaking News, Casting, and Commentary 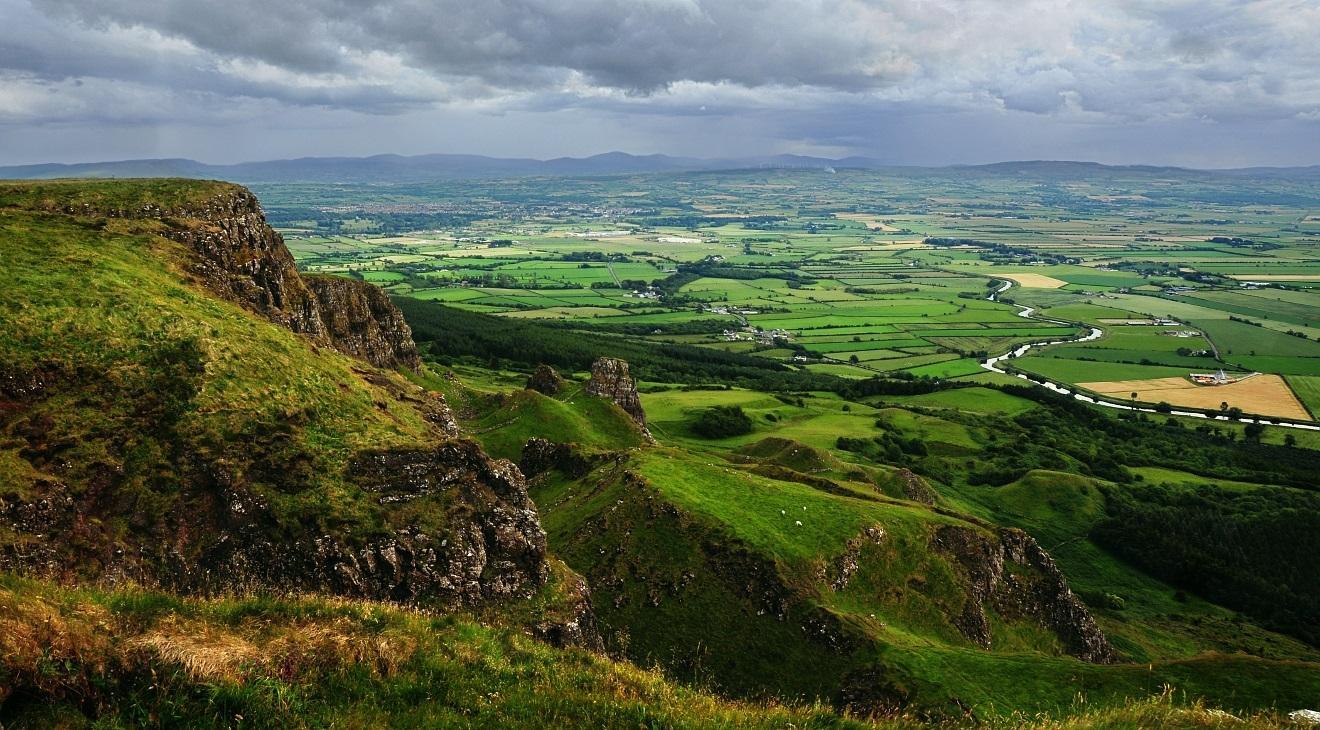 The cast and crew of Game of Thrones began filming scenes for season 5 in the Binevanagh/Magilligan region of Northern Ireland today.

Thanks to the keen eyes of local fans and BBC News, we have a few images of today’s filming work to share. As the locations are quite rural, the crew are keeping a very wide perimeter, lessening the chances of a good view of the scenes being shot.

Magilligan is a peninsula that lies at the entrance to Lough Foyle, located in the northwest of Co. Derry. Some of today’s scenes were being shot on a cliff above Magilligan. 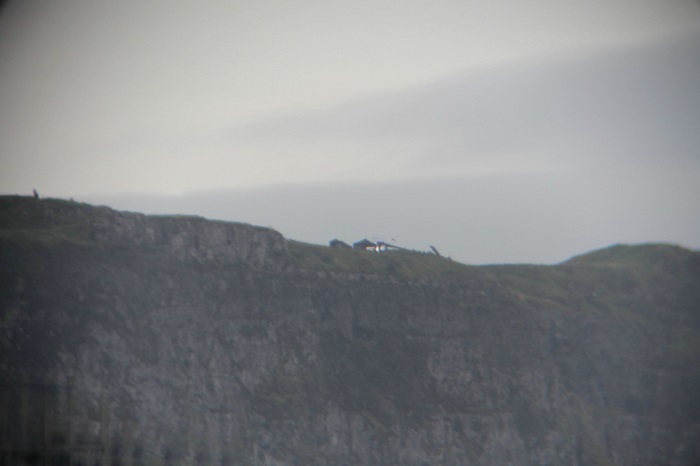 BBC News further reports that scenes were also being shot in the woodlands under Binevanagh Mountain, also in Derry. 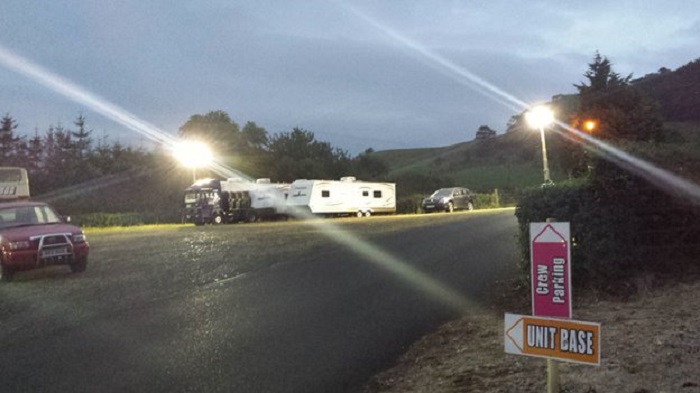 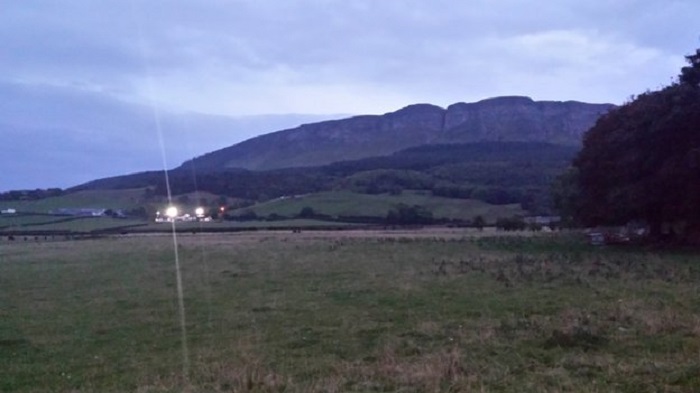 Cian: The images are so unclear that it makes it almost impossible to speculate as to what these scenes will entail. However, I do suspect that BBC have mistaken the crew’s base for a second filming location. Regardless, the scenery is quite Vale-like. What do you think?

UPDATE: The Daily Mail has provided a slightly closer look at the filming on the cliff edge of Binevanagh. What was speculated to be a collection of tents is actually a crane and a backdrop, although there is what appears to be a crew tent on the left. Images at the link.