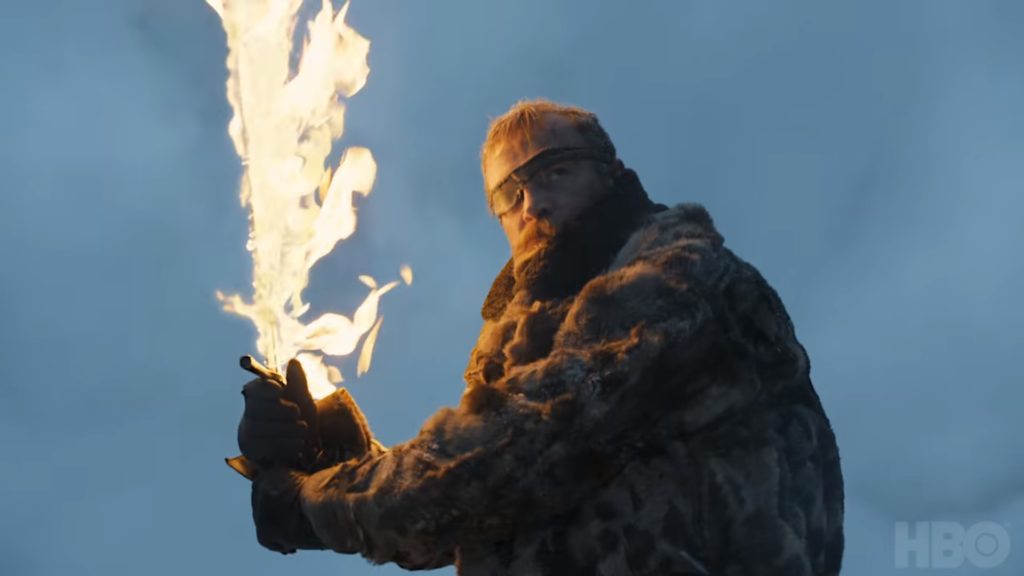 Fans have been wondering if- or when- Game of Thrones would unveil a second trailer for the new season. Well, without any teases or warning, on an uneventful Wednesday- here it is! And it is a doozy, packed with action scenes, and scored by season 6’s most haunting piece of music. Just hit the play button, already!

Of course, we’ll be back in a few hours with a shot-by-shot analysis of the new trailer, when we’re done freaking out over the return of Beric and his bitchin’ fire sword and the battle shots and “When the snows fall, and the white winds blow, the lone wolf dies, but the pack survives.”

Oh, and there’s more! Today, Game of Thrones is releasing the Season 7 character posters! But you have to help out. Twitter users will be able to reveal the 12 character posters by tweeting different combinations of #WinterisHere and an emoji at @GameofThrones. So get crackin’, people!