Hot on the heels of HBO’s confirmation of the Game of Thrones season 7 episode count and summer premiere, we have exciting news about the home release of the sixth season!

According to HBO, each set contains all ten episodes plus bonus content including:

Digital HD Download
Bran’s Journey – A nine-minute feature delving into the shocking and revelatory journey Bran Stark took in Season 6.
The Dothraki World – Behind-the-Scenes featurette bringing viewers up to speed on the Dothraki culture, not seen since Season 1.
Inside Game of Thrones: Prosthetics – Behind-the-Scenes featurette detailing what goes into the show’s prosthetics creation.
The Game Revealed – Five-part series covering the creation of Season 6’s most epic set pieces and scenes. 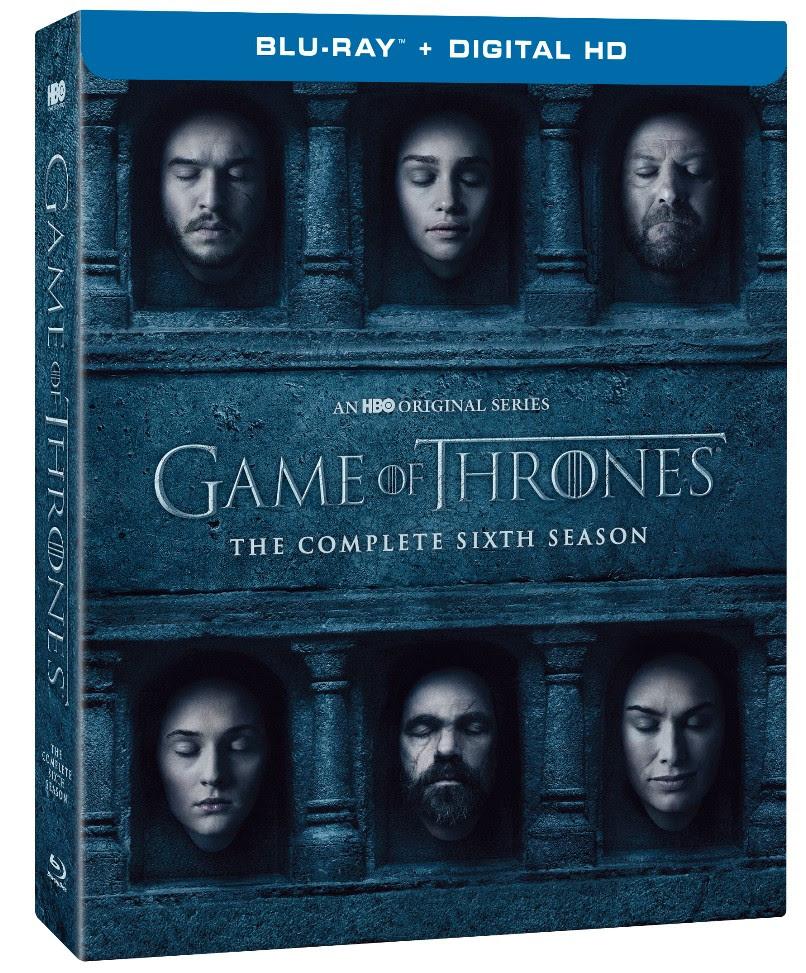 Blu-ray™ with Digital Copy – includes all DVD features (listed in bottom section) plus:

In-Episode Guide – Dig deeper into the show with this in-feature resource that provides background information about on-screen characters, locations, and relevant histories.

DVD includes:
The Battle of the Bastards: An In-Depth Look – Behind-the-scenes piece examining the production challenges of creating this epic event, including explorations of VFX, stunts, and interviews with key cast and crew.
Recreating the Dothraki World – Behind-the-scenes piece looking at the creation of Vaes Dothrak and its importance to Dany’s evolution.
18 Hours at the Paint Hall –Follow all three shooting units as they converge in this behind-the-scenes snapshot of a day in the life of the largest show on television

The DVDs and Blu-rays look fantastic as usual, and it’s great that they’re putting them out earlier. Since the show is delayed in being released, there’s no sense in holding back, might as well get them out in time for that holiday rush. Plus we’ll have some great bonus features, new histories and lore, and assorted audio commentaries to tide us over until the new season next summer.