'Game of Thrones: The Complete Collection' & Season 8 Blu-Ray sets arrive this year! | Watchers on the Wall | A Game of Thrones Community for Breaking News, Casting, and Commentary 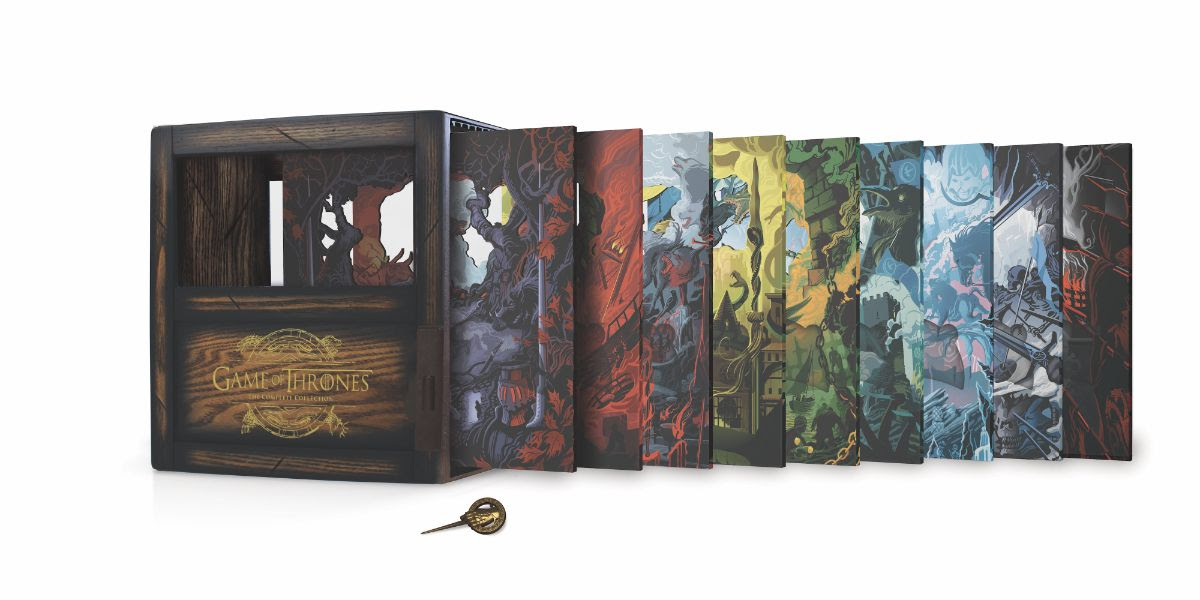 It was inevitably coming once Game of Thrones was over: a collection of the entire show on Blu-Ray and DVD. But there’s more to it than that. Housed in a stunning wooden shadow box illustrated by Robert Ball, of ‘Beautiful Deaths’ fame, the Complete Collection includes a never-before-seen reunion of the cast, past and present, hosted by Conan O’Brien. You will be able to get it on December 3! And there’s more! 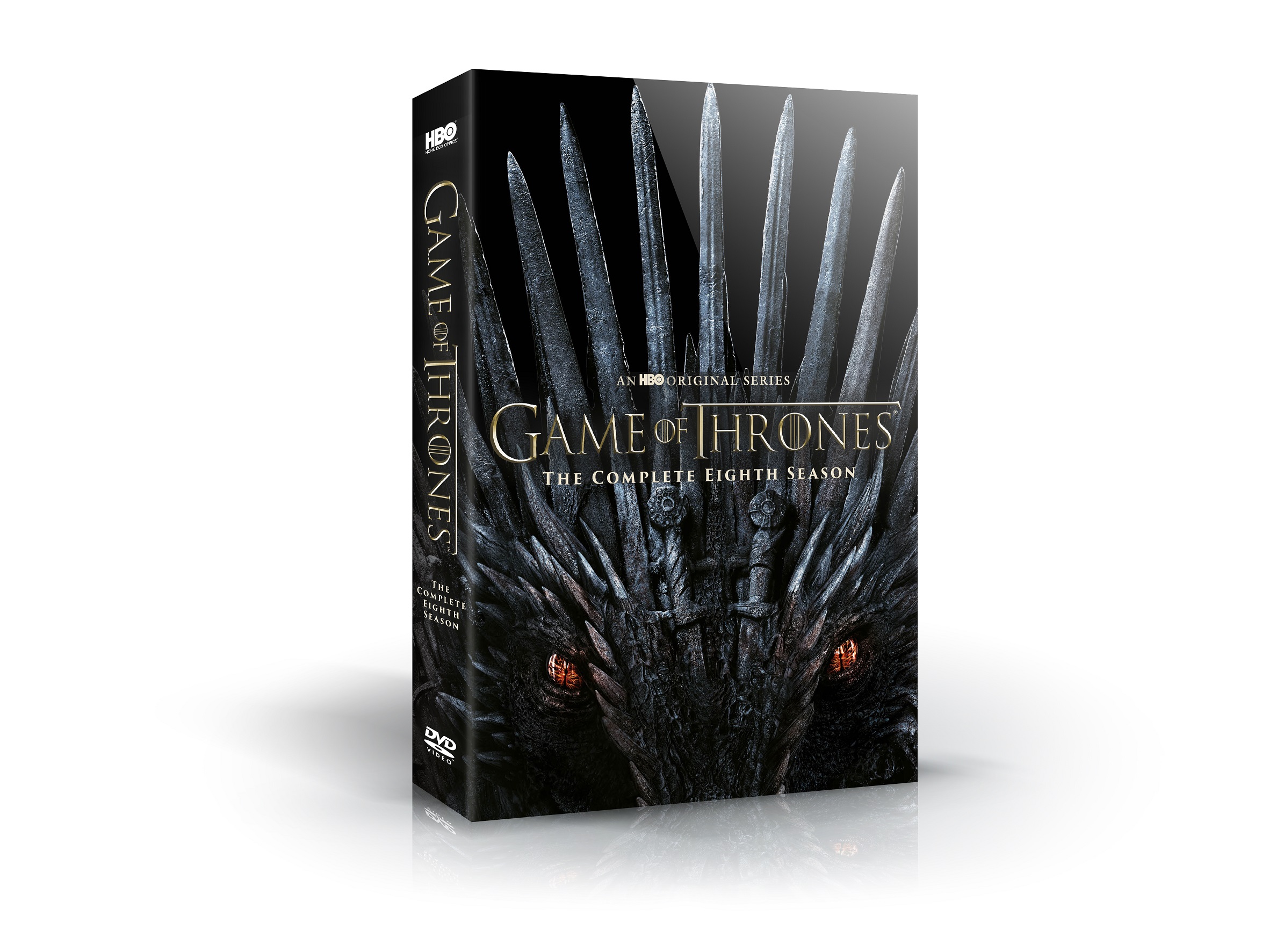 Naturally, season eight will be released on its own as well in the complete collection. Out the same day, you may get Season 8 on DVD or Blu-ray, and the Steelbook Blu-ray and 4K Ultra HD versions. Additionally, Game of Thrones: The Complete Series will also be available on DVD and Blu-ray without the collectible packaging, with this cover: 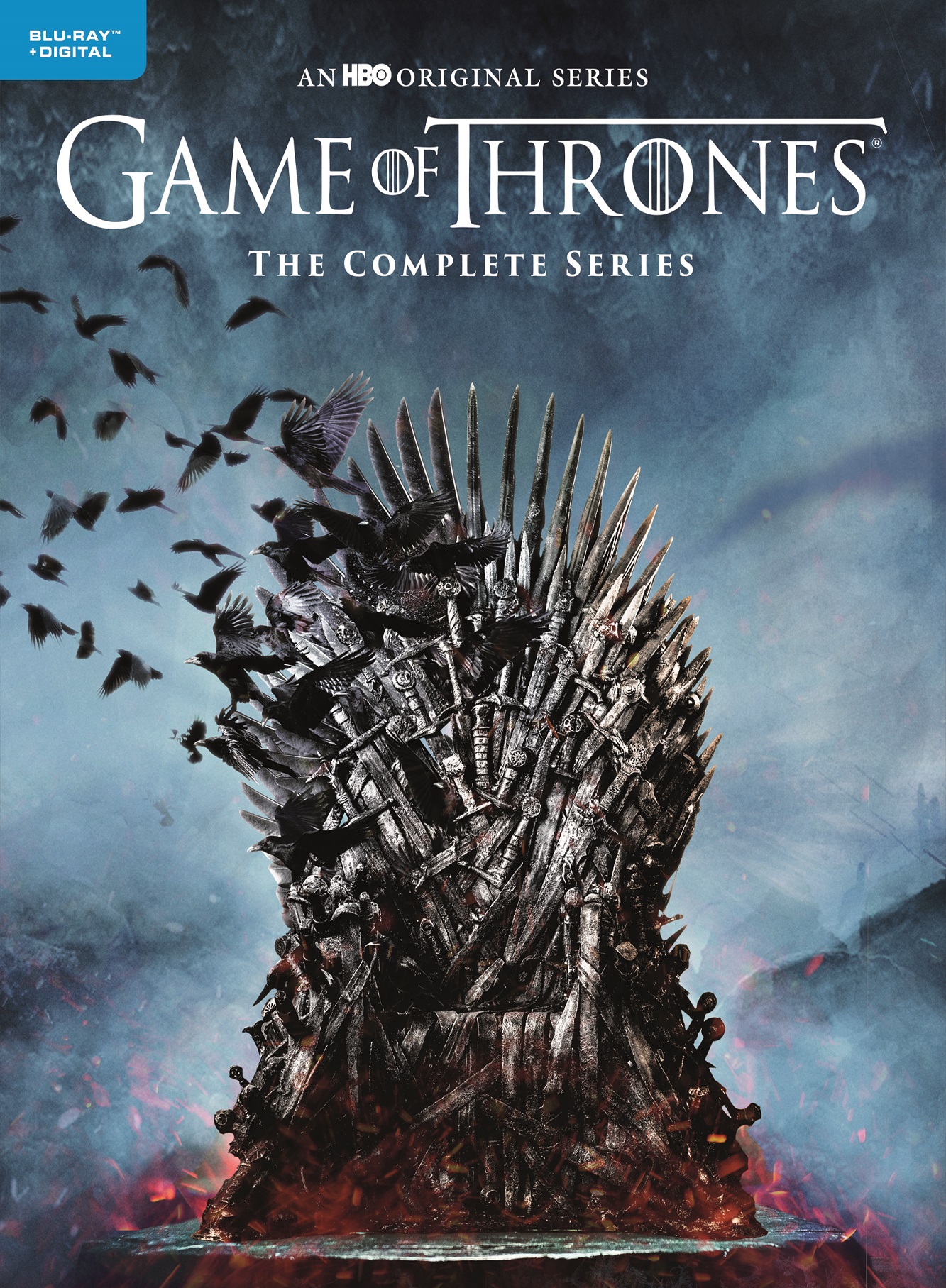 As mentioned, the ultra-premium, limited-edition Complete Collection Blu-ray set features ‘Game of Thrones: Reunion Special’, a two-part reunion show with cast members from the final season including Kit Harington, Emilia Clarke, Sophie Turner and more, as well as previously departed fan-favorites like Sean Bean, Jason Momoa, Mark Addy and others. Hosted by Emmy-award winning host Conan O’Brien, the reunion was shot in front of a live audience in Belfast and includes segments of footage from both the show and behind-the-scenes. Here’s a pretty hilarious clip of the special:

Robert Ball’s artistic contribution to the package summarizes the Game of Thrones story: each season is represented by a different layer, showcasing iconic characters and memorable moments from the show, all clambering toward the Iron Throne. The set also contains a “Hand of the King” pin clasp, which holds all nine custom plated disc sleeves. You can preview an unboxing of the set here.

That’s a Christmas gift if I ever saw one. I’m particularly excited about the new season eight documentaries, deleted scenes, and audio commentaries. What about you?