Game of Thrones cast visits IRC refugee programs in Greece, calls on EU for action | Watchers on the Wall | A Game of Thrones Community for Breaking News, Casting, and Commentary 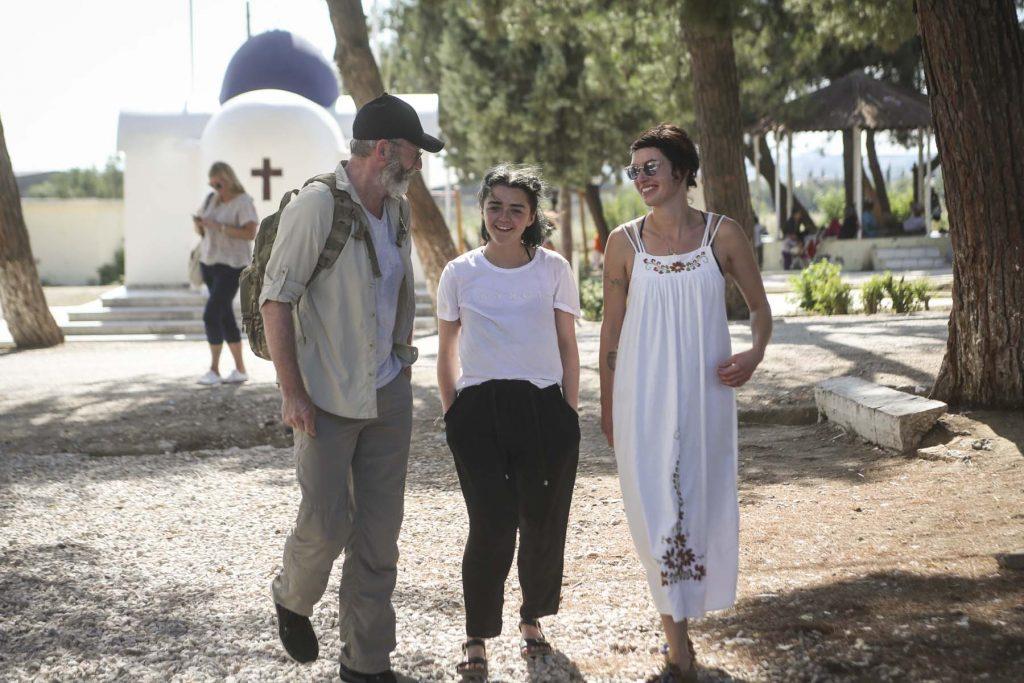 Game of Thrones officially partnered up with the International Rescue Committee this spring to raise awareness of refugees and displaced people around the world, and this week a few cast members carried on with the work. Lena Headey, Liam Cunningham and Maisie Williams visited with IRC programs in Greece, and are calling on European Union leaders to do more for the 57,000 refugees stranded in the country at the moment.

The trio of actors spent time with families, getting to know the people whose lives are being affected by the crisis.  They met with refugees in the IRC programs, and are speaking out now. In a press release, Headey says, “These smart, hardworking people want to go home. They want to return to their communities and to their neighborhoods. They want their children to continue their education. They want to continue their university and they are stuck. They’re stuck. And they’re unbelievably sad. Understandably. We can do better for them. We must do better for them.”

“This is not an earthquake, this is not a tidal wave,” Cunningham says. “This is a man-made crisis. 57,000 stranded in Greece. Refugee camps in Europe? Is this truly the standard EU leaders want to set as the way to respond to the global refugee crisis?”

Maisie Williams says, “For me it is about the children…children with so much potential, so many hopes and dreams. Where is the humanity that makes it acceptable for them to languish in refugee camps – in Europe?”

A few more videos and photos from their journey: