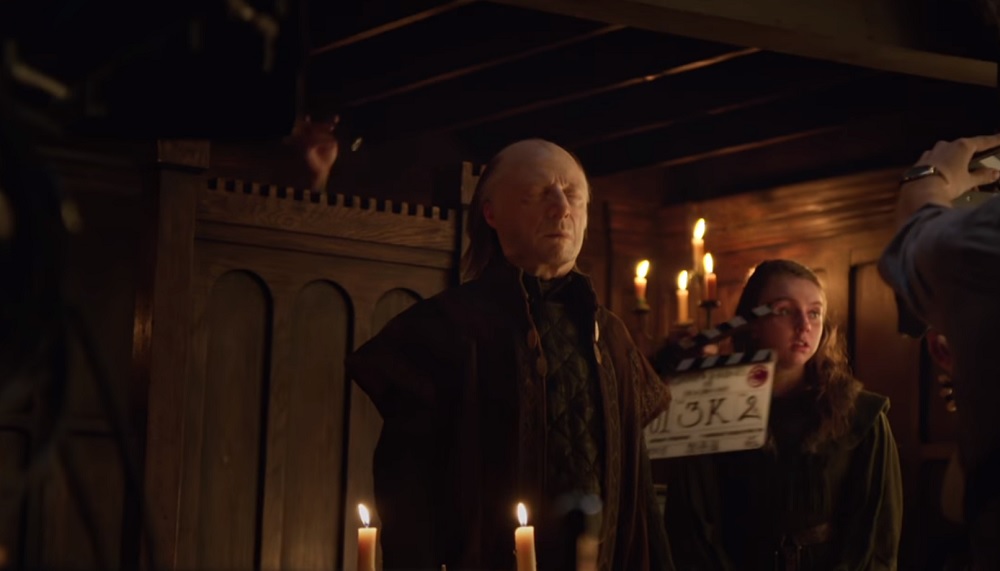 Game of Thrones‘ behind-the-scenes special featurette The Game Revealed is returning for the post-season period of season 7, HBO announced today. This year, the info-packed videos will appear weekly, and will have slightly different availability.

The series will arrive in seven parts and will include interviews with Game of Thrones cast and crew members, providing insight into the show’s biggest moments of season 7.

According to HBO, the 14-minute-long first video features “previously unseen footage revealing the camera tricks behind Arya’s face-changing transformation into Walder Frey, the breathtaking Spanish landscapes that served as the backdrop for Daenerys’ home of Dragonstone, and exclusive interviews with episode one director Jeremy Podeswa, prosthetics designer Barrie Gower and cast members, including Emilia Clarke and Maisie Williams, and guest star Ed Sheeran.”

The first episode of The Game Revealed is available now (embedded below) on YouTube and Facebook.  The remaining six episodes will be available exclusively to HBO subscribers, on HBO NOW, HBO GO, HBO On Demand and affiliate portals, with new episodes rolling out every week on Monday.

behind the scenes, dragonstone, episode 701, The Game Revealed