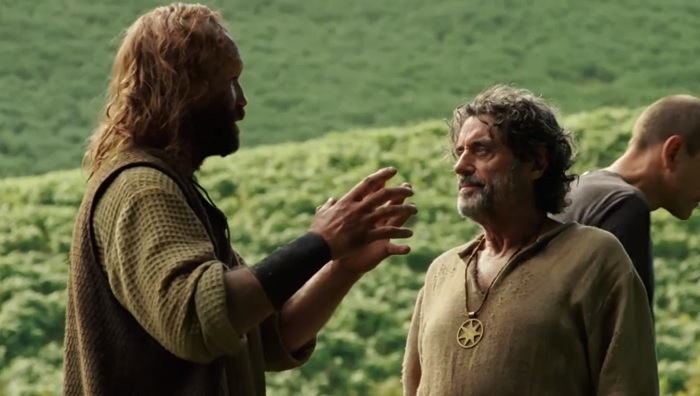 The fourth edition of HBO’s docuseries The Game Revealed is here, giving us a look behind the scenes at the making of episodes 7 and 8 of this season of Game of Thrones.

This week’s video focuses on the filming of the Hound’s return, the creation of the castle Riverrun with a working drawbridge, the siege that brings together several characters for intense moments, Tyrion’s drunken chat with his co-workers, and Arya’s wild chase scene through Braavos.

It has several humorous and interesting tidbits from behind the scenes. Benioff discusses the Hound’s ax-wielding reintroduction scene, noting “Rory’s actually really good at chopping wood in real life. That wasn’t- he didn’t need any stunt doubles, didn’t need any kind of effects, it’s just him there with an ax.” Makes sense- after all, McCann was reportedly a lumberjack in real life before he was an actor.