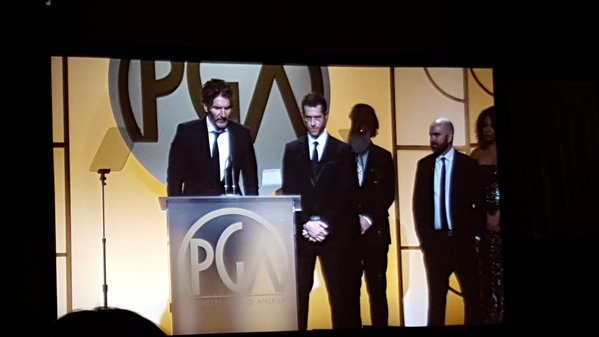 The Game of Thrones team felt the love last night at the Producers Guild of America (PGA) Awards where they won the Norman Felton Award for Outstanding Producer of Episodic Television, Drama.

Cogman tweeted his jubilation and gratitude after the win.

We won! Thx Producers Guild! #GoT

In his acceptance speech, Weiss dryly recalled that, “HBO told us up front knights and dragons were ‘not the business they were in.'”

Congratulations to the producers of Game of Thrones!