Game of Thrones stars returning to Belfast, including a wicked character | Watchers on the Wall | A Game of Thrones Community for Breaking News, Casting, and Commentary 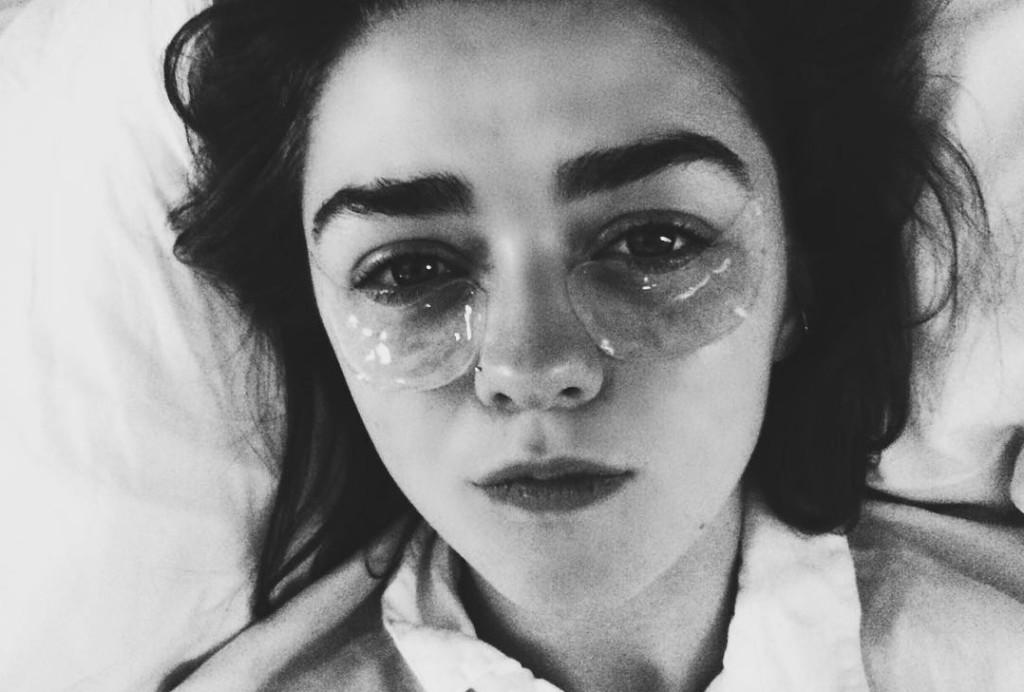 Belfast is busy this week with Game of Thrones stars shuffling in and out of the city as season 6 filming rolls on. Emilia Clarke, Maisie Williams, Sophie Turner and more have been spotted in the city in just the last couple days.

Maisie Williams is back in town and going blind! Luckily she has Sophie Turner to keep her company. The stars were playing around in their hotel room last night after a day’s shooting, with Maisie babying her sore eyes in this pic and an accompany video where the women got a bit silly.

Potential Spoilers in the form of returning cast members below the cut!

Sophie was spotted today in Belfast and took this pic with a lucky fan:

Emilia Clarke had a friendly encounter with a family at the Belfast airport today. It’s not clear if she was leaving the city or just arriving. Based on some other Twitter mentions, however, it seems like she was in London yesterday, so Emilia just arriving in Belfast seems more likely. 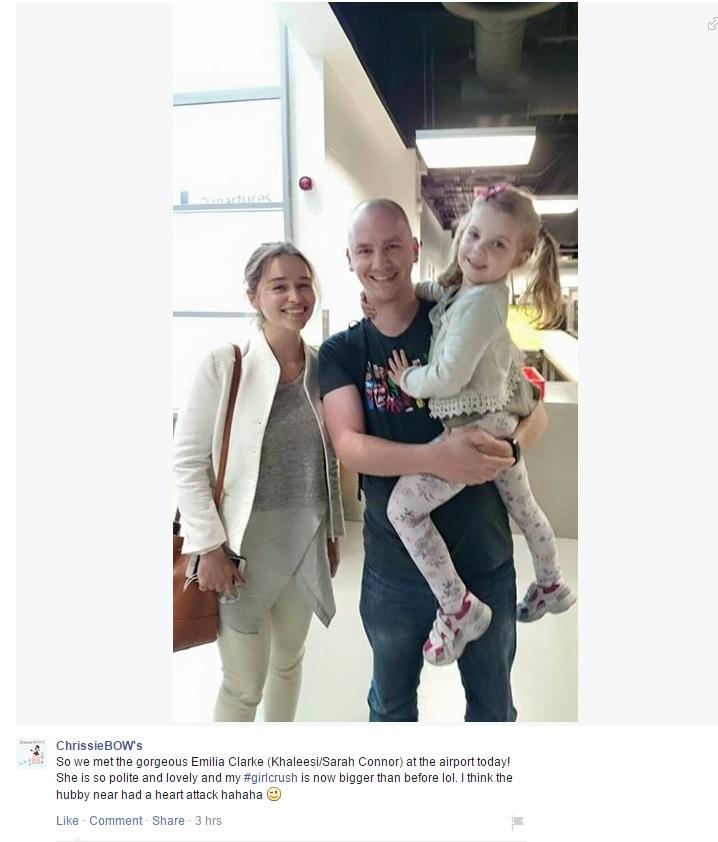 Guess who else was headed to Belfast this Monday, according to the fan who ran into him at the airport? David Bradley, aka Walder Frey.

As far as we can determine, Bradley isn’t working on any other projects in the area at the moment.

Iwan Rheon was also seen out and about in town yesterday:

While filming at Magheramorne Quarry featuring the Wall carried on, with several fans spotting a lot of activity up in the area:

@WatchersOTWall #GameofThrones The green screen is up & the Wall is alive & happening pic.twitter.com/Rnt4H8jlKI

And in exciting-but-came-to-nothing news, Charlie Day and Rob McElhenney from Always Sunny in Philadelphia were spotted at a bar in Belfast, drinking with GoT executive producer David Benioff, which led to some speculation that the duo might be appearing on the show:

@RMcElhenney Great to meet you guys on Friday! Enjoy Belfast and Ireland! pic.twitter.com/Vl0oRyBNvU

McElhenney even hosted a Game of Thrones Q&A Emmy Panel in 2013, while Benioff and D.B. Weiss wrote an episode of Always Sunny the same year. However, the guys were just hanging out in Belfast as friends, as our sources assure us that Day and McElhenney were not filming anything for the show. Which is too bad because if anyone should be a filthy peasant screaming profanities, it’s Charlie Day.