Game of Thrones and Shake Shack Team Up for Limited Time Special Meal! | Watchers on the Wall | A Game of Thrones Community for Breaking News, Casting, and Commentary 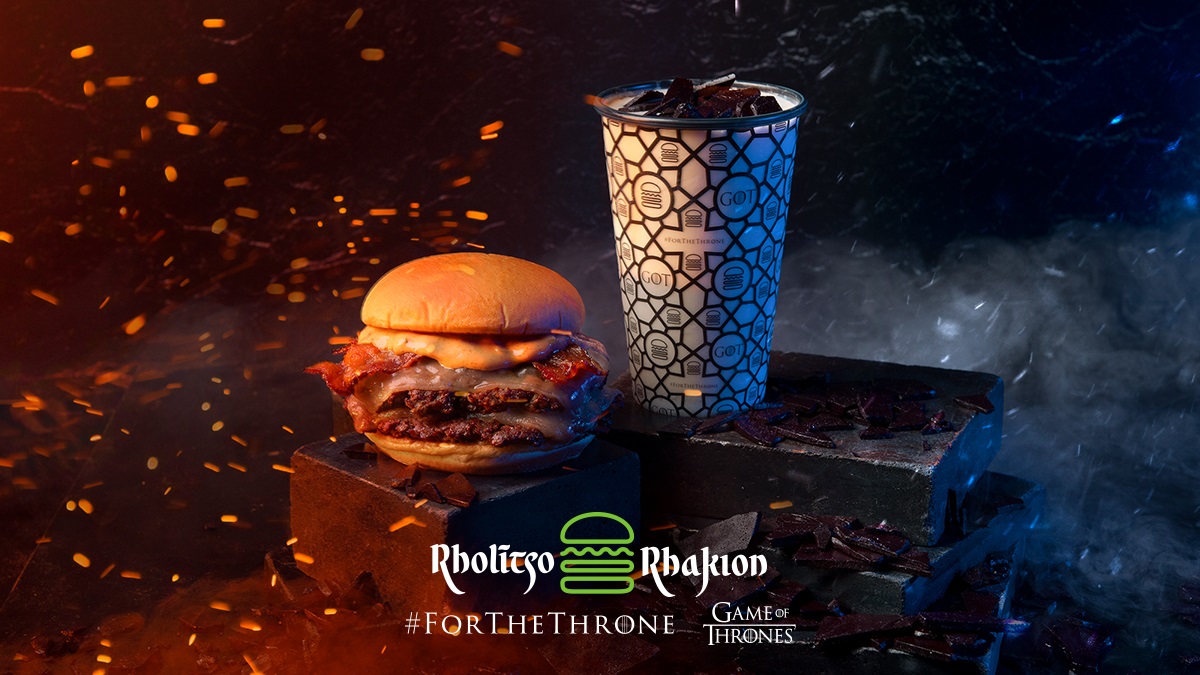 Rumors have been floating around the internet the past couple whispering about tasty alliance between HBO and a certain restaurant, and today, the rumors were confirmed!  HBO confirmed that starting tomorrow April 12th, there will be a special Game of Thrones menu available nationwide for a limited time at Shake Shack! The menu consists of the Dragonglass Shake (starting at $6.49 – prices vary slightly by market) and the Dracarys Burger ($10.99).

The Dracarys Burger (Drakaro Parkliapos) features a double Monterey Jack cheeseburger sourced from the finest head of cattle The Seven Kingdoms has to offer. Griddled by the fires of Drogon and Rhaegal, the burger is then topped with a fiery ShackSauce created from herbs and spices sourced from the conquered cities of Yunhai, Meeren and Astapor. The final touch are slabs of bacon imported from Essos—a Dothraki delicacy. Caution: may be too hot for non-Targaryens.

In keeping with Shake Shack’s (Rholītso Rhakion’s) commitment to premium ingredients + thoughtful sourcing, the Dragonglass Shake (Zīrtom Perzomy Rholītsos) is a prime example of the Wall to Table movement. Custard is frozen with packed snow harvested beyond the Wall and hand churned by members of the Night’s Watch. Final prep occurs in Winterfell, where the shake is topped with shards of Dragonglass imported from the caves of Dragonstone. Please note supplies are limited as the Wall is currently undergoing major renovations.

The Dragonglass Shake will only be available until the end of Game of Thrones, finishing its run when the show does on May 18th. It can be purchased at Shacks nationwide (excluding stadiums, ballparks, transit centers and airports) while the Dracarys Burger will be available through April 21st while supplies last, at select Shacks across New York, LA, Chicago, Dallas, Houston, DC, Miami, Las Vegas, Denver, Philly and Boston.

Guests can order in-Shack, on Shack Shack app, or via web ordering. For guests who really want to order like a pro? Do it in Valyrian! 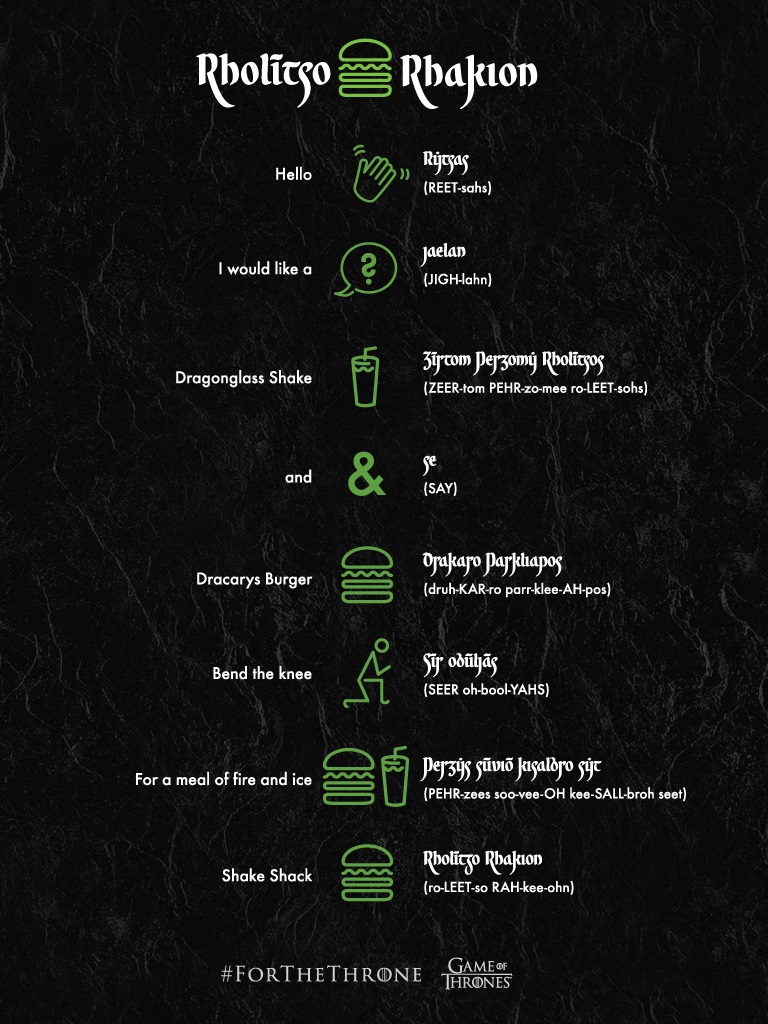 A bonus bit of fun if you’re in the NYC area: to celebrate the national rollout of the fun meal, Shake Shack is bringing the Dragonstone Throne to the West Village Shake Shack in NYC, this Friday, April 12th, from 10am ET – 11pm ET. Guests will have a chance to sit on the throne and rule Castle Shack! RSVP is required so hurry on over to  this Splash link; however RSVP does not guarantee entry – first come first served, so shake it off and get yourself signed up for this event!