Game of Thrones Season 8 set develops: King's Landing gets ready for battle! | Watchers on the Wall | A Game of Thrones Community for Breaking News, Casting, and Commentary 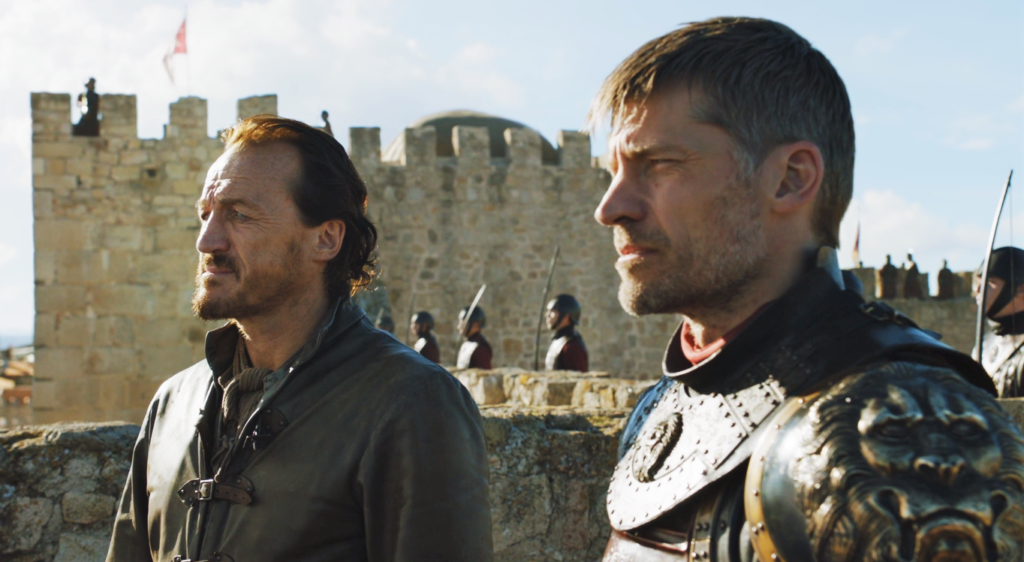 At the Titanic Studios parking lot, a large chunk of King’s Landing is still being erected from the ground-up, after so months. We have been following the construction of this unprecedented set step by step and even discovered its explosive (and highly spoilery) purpose in season eight. And yet, the work continues: though most of it is still taking shape, at last we can see how King’s Landing is preparing for battle.

Most of these King’s Landing streets were already erected over a month ago, but all of the buildings are still being furnished with a facade so they don’t look like large piles of scaffolding when the show airs. As of our last report, the large tower at this location had been the only building to be painted over and provided with the capital’s iconic appearance, based on Dubrovnik (and perhaps Girona and Cáceres as well.) Now, more buildings have undergone this treatment, and that’s not the only thing that’s new:

I have some pictures for you!
Pic 1 taken from a plane. The quality is low because of the window and distance.
Pic 2 shows battlements on the sides of the archway.
Pic 3 taken from the Titanic Museum.
Pic 4. In my opinion, this is the general layout of the set.#GameofThrones pic.twitter.com/gOAhpfDIaW

Or, for a closer look, notice the new facades and roofs, and the city walls additions:

These new photos by A Red Priestess don’t only show a few more buildings have been made to look appropriately medieval but also an interesting new detail on the city walls: crenellations. The walls look like true battlements now! These wouldn’t have been built if they were not going to be put to good use … and they most certainly are, if everything we’ve heard about this set, from siege weapons to fire and blood, holds true.

With a set this size, it’s no wonder changes seem glacially slow, but now it’s beginning to look like what it will become: one of the gates of King’s Landing, with the defensive walls along its sides and the city streets behind them. If you have read what this is all for, you’ll understand our excitement to see this set finished and filmed on.