Game of Thrones Season 8 deploys huge siege engines for a likely battle sequence | Watchers on the Wall | A Game of Thrones Community for Breaking News, Casting, and Commentary 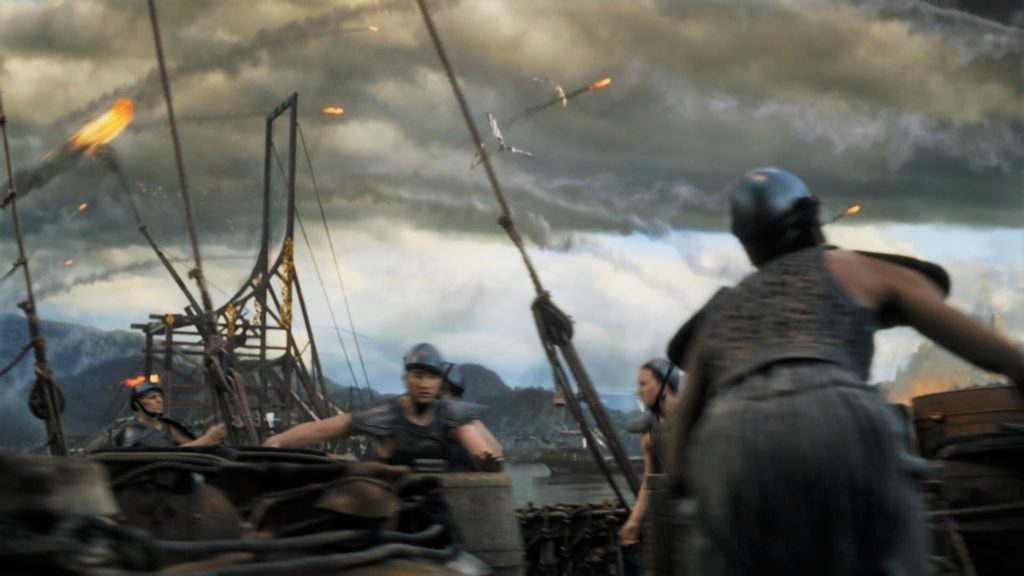 We have only seen trebuchets once before; mounted on the slavers’ ships in the siege of Meereen

Whatever it is the Game of Thrones production is building next to their studios, it’s big. You don’t build an entire castle set for a quick appearance — the only times sets of this magnitude have been built, they were either permanent locations, such as Winterfell and Castle Black, or structures specifically designed for a battle sequence, such as the battlements of King’s Landing built in Magheramorne for the Battle of Blackwater Bay.

Considering the next season will also be the last, permanence is not a likely quality for any set, so it must be the alternative: the kind of 360º cohesive set designed for a dynamic action setpiece. And if there was any doubt, now a new siege engine has appeared nearby. They are preparing for a battle. Or a siege, at the very least!

Filming for Season 8 looks to be almost underway. #GameofThrones pic.twitter.com/DANw5t6WHQ

Watchers on the Wall commenter Apollo brought these new photos to our attention, taken by Northern Irish reporter Paulo Ross, which not only show the trebuchet but also offer a much better sense of the distribution of the new castle set. Here’s a closer look:

Judging by the shipping containers around it, the trebuchet appears to be about 25 foot high!

There is an opening between the walls with a rise at their end; perhaps for a gigantic entrance

Though the trebuchet is near the new castle set, it’s currently not in the exact same location, so there is no way to know if they will belong to the same sequence. However, there is little doubt the trebuchet will be moved somewhere, as shipping containers weren’t really a thing in the Middle Ages, so it’s likely that the siege engine will end up as one of the many props in the larger castle set, which is on the other side of the road.

With each new photo we form a better picture of what this new set is supposed to be: initial reports suggested that the sequences set here would involve a controlled fire; two massive defensive walls seem to headline this elaborate set; and now a siege engine has materialized nearby. It very much looks like a castle is going to be sieged in season eight, and the sequence will be big enough to warrant building all of it!