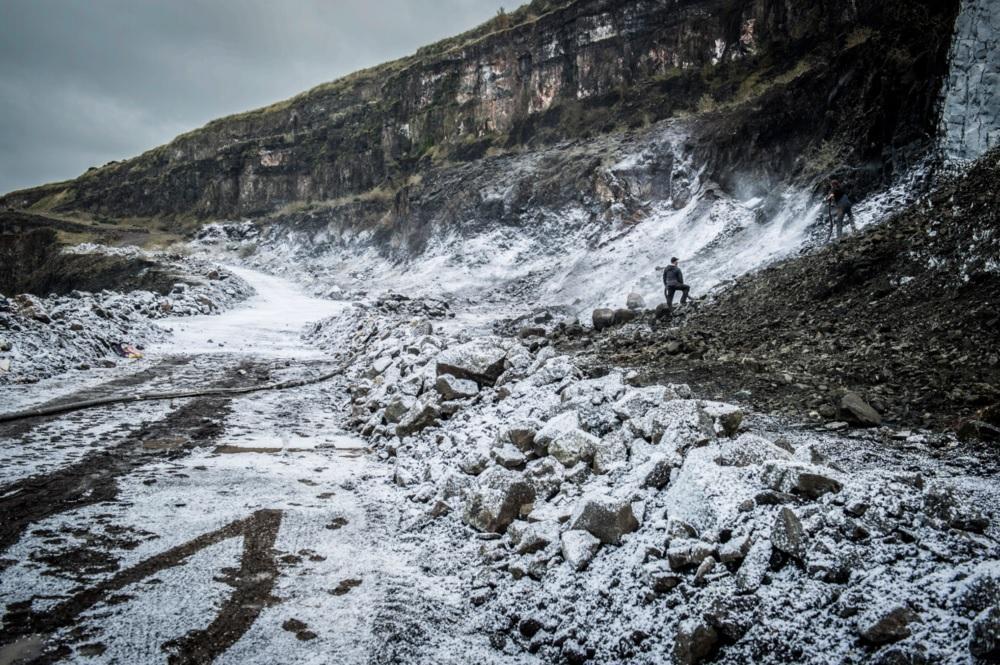 According to one of our sources, filming is (or soon will be) underway for Game of Thrones season 6 in Co. Down, Northern Ireland.

We already knew that filming was expected to begin for the upcoming season around mid-July, so this news would seem to fit in with that report.

UPDATE: WotW Reader Ali notes, “The fox pink signs are for the Ridley Scott ‘Morgan’ which has been filming around a number of areas in Northern Ireland for the last month. There are however pink GOT filming signs which have recently appeared outside Magheramorne Quarry so looks like filming is starting!”

Scenes at Magheramorne Quarry are generally for the Wall, so if this local report is correct, then there may be some Night’s Watch/Wall scenes filming soon. Last year, portions of Hardhome also were filmed at Magheramorne, as you can see in the behind-the-scenes pics in this post from last October.

Thanks for the report, Ali!