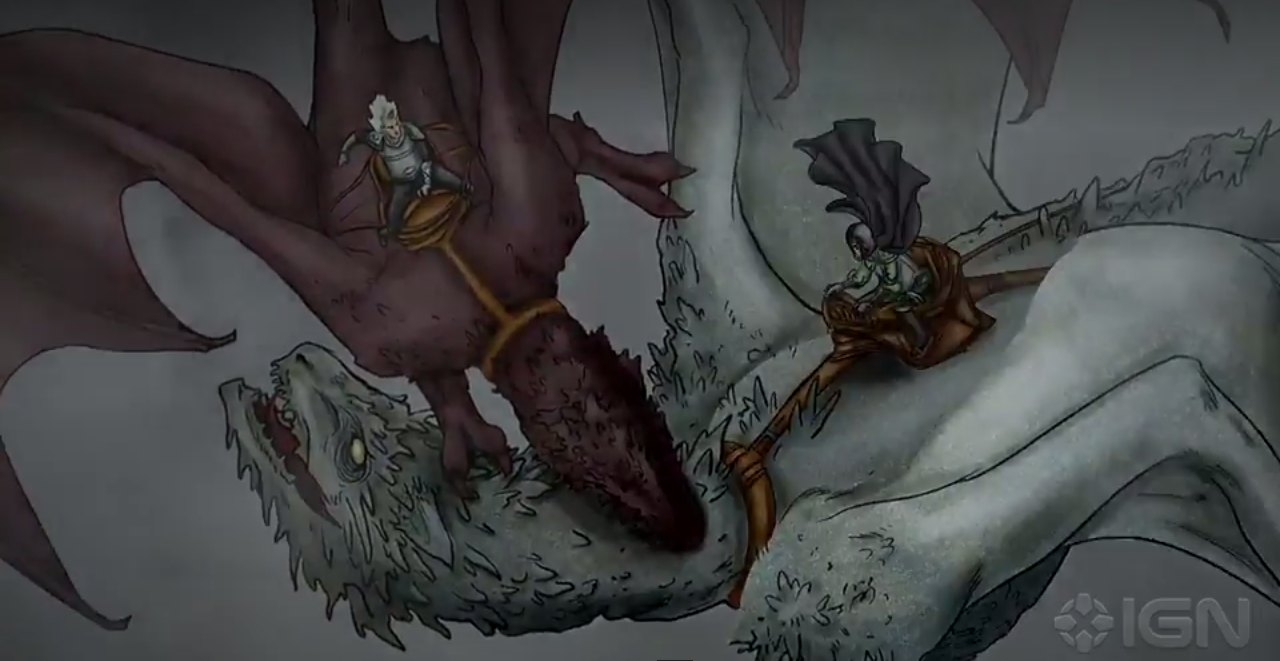 If you’ve been curious to learn more about The Dance of Dragons aka the Targaryen Civil War, which the books and the show have referenced but never described in full, then you now have another reason to look forward to the Game of Thrones season 5 Blu-ray release in March. Its special features will include a 20-minute animated feature detailing the events of the tragic war. IGN has released a 2-minute sample.

The Dance of Dragons was a war of succession between Aegon II and his half-sister, Rhaenyra that, among other things, contributed to the extinction of dragons in Westeros.

“When HBO and Adam Vadnais broached the idea of adapting The Dance of Dragons for the Blu-ray special features, I was thrilled. I loved the story as George had written it and felt honored to help bring an animated version to the fans,” Hill told IGN in a statement. “Every year I try to keep the scripts worthy of the incredible work that I know to expect from Adam and his team. This year, more so than ever, they’ve set the bar astronomically high with the Dance of Dragons featurette. Winter will eventually come, but not the day that Adam and his team fail to amaze me.”

A complete account of the war will be included in George R.R. Martin’s upcoming book, Fire and Blood, which will detail the full history of House Targaryen. However, if you don’t feel like waiting, you can read abridged accounts of the war in The World of Ice & Fire and in Martin’s novella, The Princess and the Queen featured in the anthology, Dangerous Women.