Game of Thrones Saturday news roundup: video, casting and spoilers! | Watchers on the Wall | A Game of Thrones Community for Breaking News, Casting, and Commentary 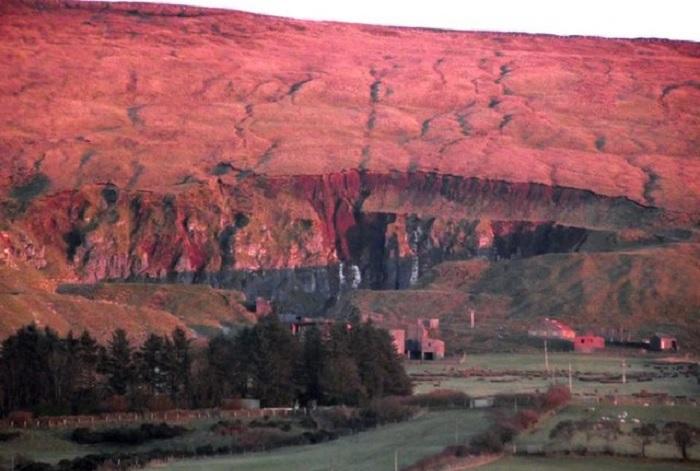 Quarry at Knocklayd Mountain, in 2012

The latest in casting:

Game of Thrones is currently casting for a Distinguished Man. He’s in his 60’s to mid-70’s. They’re looking for someone white-haired with aristocratic features, capable of great intensity. He must have a great deal of natural authority.

The part only requires a couple of days’ filming but is described as
“impactful” nonetheless. He shoots the week commencing October 29th in Northern Ireland.

We’ve also heard from local sources that Game of Thrones is currently filming in the disused quarry on the side of Knocklayd Mountain, near Ballycastle, Northern Ireland. Pink GOT signs have spotted in the area for the past 4 or 5 days and the film crew vehicles were around Knocklayd, yesterday.

Our friends in the area who saw the production crew around the quarry didn’t notice snow or anything like it around the quarry yet that would make it similar in appearance to Magheramorne Quarry, which has doubled as the Wall since season 1.

We’ve also heard that Game of Thrones was shooting this year at the back of Aghanloo Wood, though we don’t know when. There were some sign sightings in late summer pointing to nearby Binevenagh. GoT always needs forests, so there’s plenty of reasons for these locations. The new quarry site is a bit of a puzzle. Perhaps they’ll decorate the set more…or perhaps they need to take footage of a quarry face that’s in a different state than the Magheramorne one? Lots of possibilities here.

And the latest in filming news from Spain:

We have a spoiler video update from El Chorrillo, today! A fan captured the filming of a big scene the other night, confirming the fate of one set as discussed in another spoiler-laden post about Daenerys and Almería filming.

SPOILERS beyond this point:

As you can see, the camera captures the Dothraki temple being destroyed by fire.

Meanwhile, Almería is filling up with the stars of Game of Thrones. This week, Peter Dinklage, Iain Glen, Nathalie Emmanuel and Jacob Anderson have been spotted in the province. Almería is providing multiple locations for the show and so we don’t know yet which sites the actors may be filming at.

Melty.es is reporting that filming yesterday included 40 extras playing slaves and many Dothraki extras, and that later, Daenerys, Jorah, Daario, and the leader of the khalasar joined them. Melty says they’ve seen the filming of the slaves with Emilia Clarke and the head of the Dothraki. Later on, another scene was shot involving a confrontation. They claim their sources tell them Staz Nair may have been playing the head of the Dothraki group in this scene, but it’s unconfirmed.

Thanks to WotW readers Richard, Kargaryen, Morgan, and Lady Mormont for their assistance with the post!