Game of Thrones' Sam & Gilly featured in SNL Weekend Update sketch | Watchers on the Wall | A Game of Thrones Community for Breaking News, Casting, and Commentary 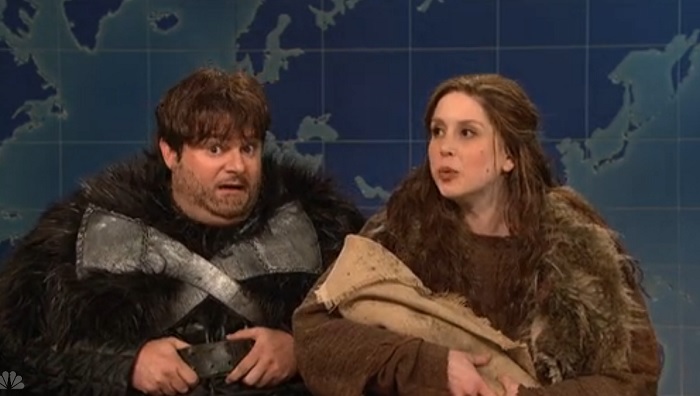 During Weekend Update, Samwell Tarly and Gilly (played by Bobby Moynihan and Vanessa Bayer) stopped by to talk about what it’s like being Westeros’s hottest couple.

Video after the jump!